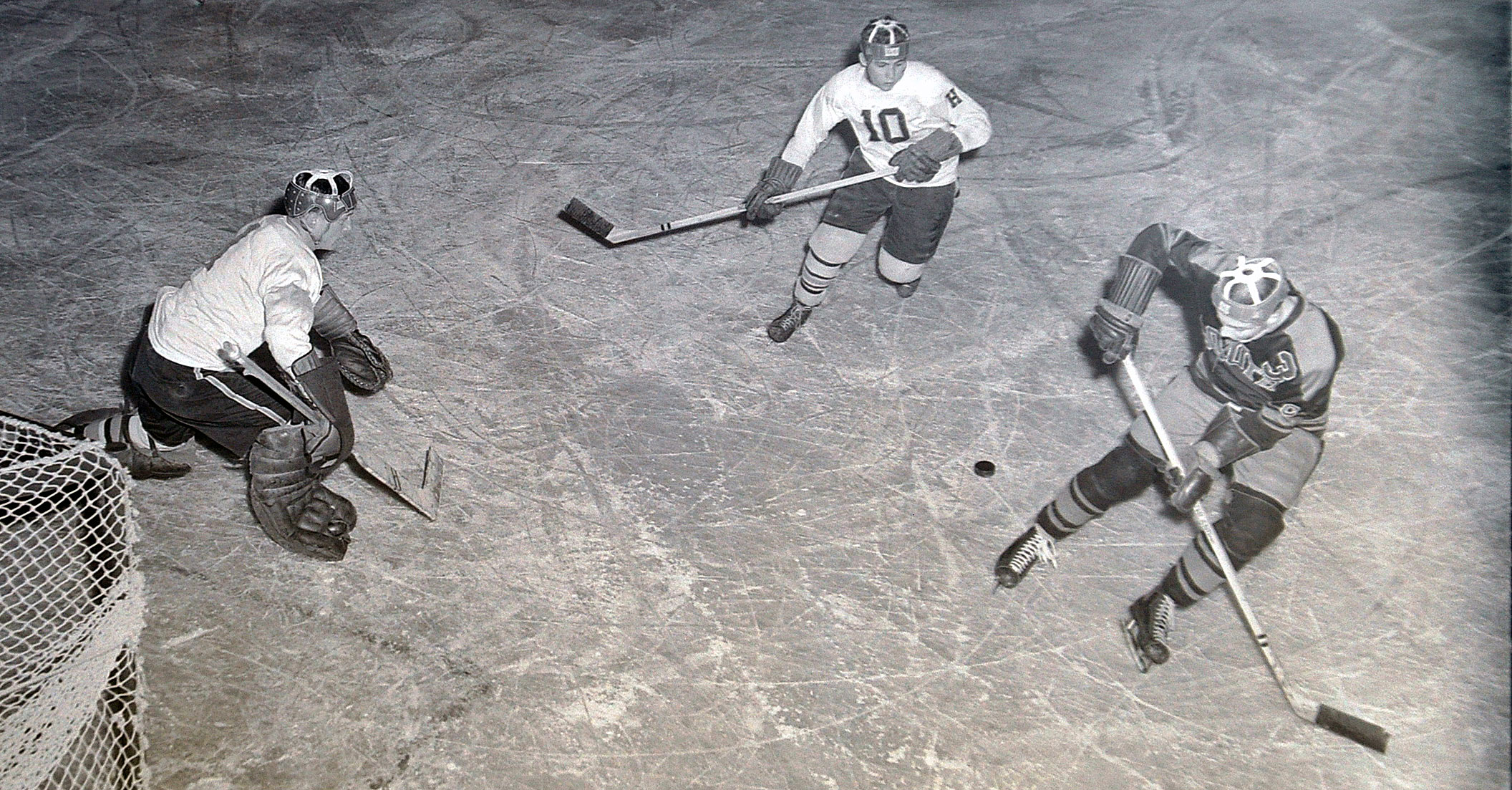 Jim Westby, right, of Minneapolis South was the player who scored to end the fabled 1955 11-overtime quarterfinal against Thief River Falls. Less remembered is the fact that the game that came dangerously close to being called a forfeit win for Minneapolis South because Thief River Falls didn't have the required white jerseys. Photo courtesy of the Minnesota Historical Society

The 2021 state tournament will be remembered in part for its limited fans and lack of frills, but at least it can be said that, despite the coronavirus pandemic, the games went on.

Well, all of them except for one.

Hill-Murray’s Wednesday forfeit of a Class 2A quarterfinal to Wayzata because of COVID-19 protocols ended an amazing, 77-year run of hundreds of games going off as scheduled. Which isn’t to say there haven’t been some close calls.

One of the games that most flirted with being declared a forfeit is also one of the tournament’s most famous. Thief River Falls and Minneapolis South played eleven overtimes in a 1955 quarterfinal, a game that was in danger of not being played right up until minutes before the opening puck drop.

Thief River Falls brought its dark jerseys to the state tournament that year, its only set, with head coach Dennis Rolle expecting to make accommodations with opposing coaches to have them wear their whites. Standard procedure for the Prowlers.

But Minneapolis South, knowing it was the visitor and required to wear dark jerseys, didn’t bring their whites to the old St. Paul Auditorium. Prowlers players saw Rolle become more and more animated as he heard more and more bad news, including the fact that tournament officials weren’t going to let the game be played unless Thief River Falls somehow secured white jerseys.

Time was running short, but Rolle made a call to friend John Rossi, the St. Paul Harding coach, to inquire about wearing the Knights’ white jerseys. Problem was, Rossi wasn’t home. But a message was left stressing the urgency of the situation. Then all the Prowlers could do is wait.

As Glen Carlson, a junior wing that season, remembers, the game was just minutes from starting when stacks of crisp, white Harding jerseys were brought into the Thief River Falls dressing room just minutes before opening puck drop.

Photos from the legendary 11-overtime quarterfinal, won 3-2 by Minneapolis South, depict the oddity of Prowlers players in those white footbaly-style Harding jerseys with numbers on the front and an unmistakable H stitched on the left shoulder.