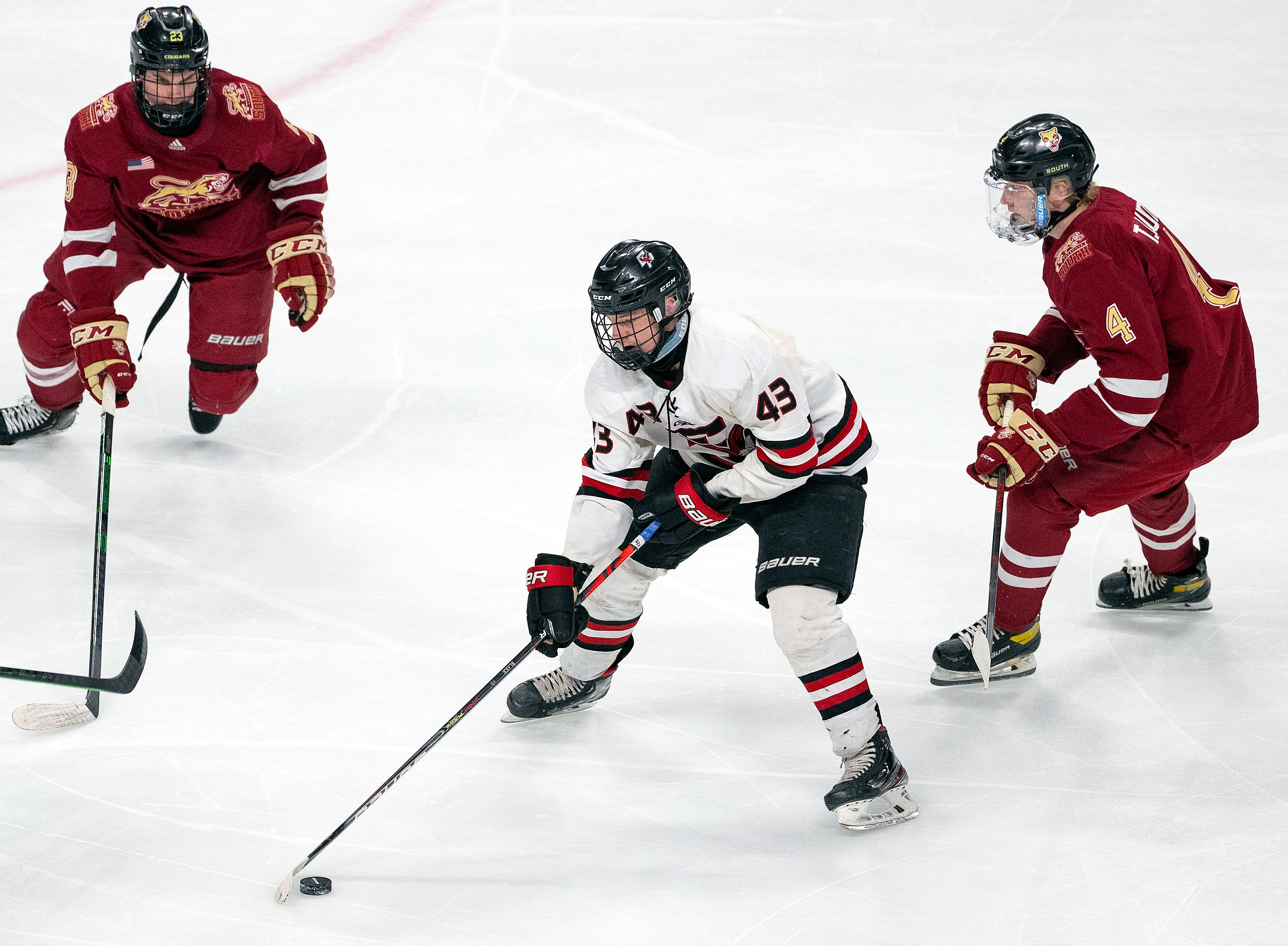 The fourth and final installment of our daily 2021 All-Tournament Team, as selected by Loren Nelson and David La Vaque.

FORWARDS
Damon Furuseth
Gentry Academy | Senior
To borrow a common refrain from the movie Talladega Nights: Shake N Bake! Furuseth, who would make a fine NASCAR driver, used his speed and wiggles to break free for a goal and three assists, with most of that production coming in the early going.

Jackson Blake
Eden Prairie | Junior
Which will be remembered more: Blake’s championship-securing double-overtime goal or the epic hug from Eagles’ coach Lee Smith that swept the diminutive forward off his feet?

Cade Ahrenholz
Lakeville South | Senior
As the game wore on it seemed all the Cougars’ best scoring chances came on Ahrenholz bull-rushes to the net. The Colorado College commit put the power in the term power forward all tournament.

DEFENSEMEN
Zach Reim
Gentry Academy | Junior
Stars defenders typically are asked to jump into the offense more than they are assigned to shut down a particular player. But such was the case Saturday when Reim was tasked with being on the ice every time state scoring leader Brody Lamb took a shift. Lamb was held to a single goal.

Ryan Koering
Eden Prairie | Defensemen
Meet the future of the Eagles' defense. Koering got a little TV airtime with some kudos for deflecting a shot out of play. Otherwise, he had a pretty quiet game, which is exactly what you want from your sophomore defenseman -- no drama.

GOALTENDER
Isaac Dale
Dodge County | Junior
Dale saw so much action against Gentry Academy (54 shots) he might spend the next week lounging in an ice bath in an attempt to heal all his bumps and bruises. Allowed eight goals but if not for his stellar play in the first two periods Dodge County would have lost by a dozen or more.