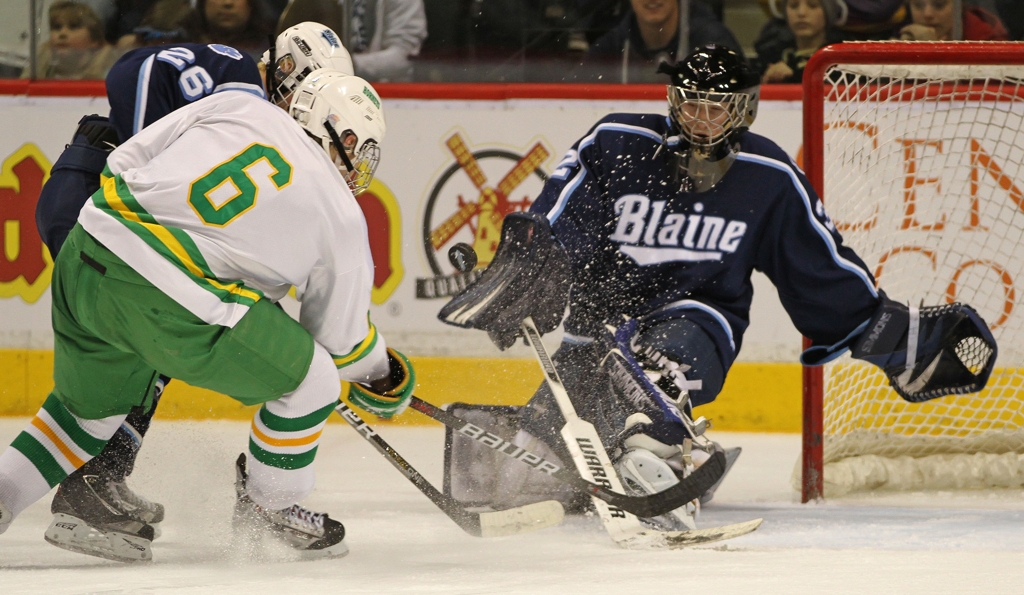 Three metro-area teams -- Eagan, Benilde-St. Margaret's and Minnetonka -- along with Duluth East are poised to make a game of musical chairs out of the No. 1 ranking this winter. "The coaches of all these teams think they have the horses to win it all," Red Knights coach Ken Pauly said. "It'll be a merry-go-round all year until we start playing the real games at the end."

The Class of 2013 might be the class of the state's prep hockey scene. Five juniors have made Division I college commitments vs. three seniors. As Minnetonka coach Brian Urick said: "The teams that do well have juniors who step up, and this is a deep class." Added Pauly, "There will be some first-round NHL picks out of that group." Some of the metro area's top teams, including Benilde-St. Margaret's, Hill-Murray and Minnetonka, count two or more juniors among their best players.

Eden Prairie won two Class 2A titles in three years thanks in large part to the Class of 2011. The group won as sophomores and again as seniors. Though Eagles coach Lee Smith is reluctant to name them, he expects big things from his sophomores. "The key is building their confidence," Smith said. "You've got to be patient." Benilde-St. Margaret's and Blaine are also projecting a sophomore surge.

5 TREBIL DONE COACHING AFTER THIS SEASON

Holy Angels coach Greg Trebil will coach his final season of high school hockey before moving into a new role as director of hockey operations for the boys' and girls' programs. Trebil coached the Richfield-based private school to Class 2A titles in 2002 and 2005. New head coach Billy Hengen, a 2000 graduate of Holy Angels, joined the coaching staff in 2006.