Minnesotans taken in the 2021 NHL draft

Nine players from the State of Hockey were selected in the 2021 NHL draft, including 2021 Mr. Hockey Jack Peart. 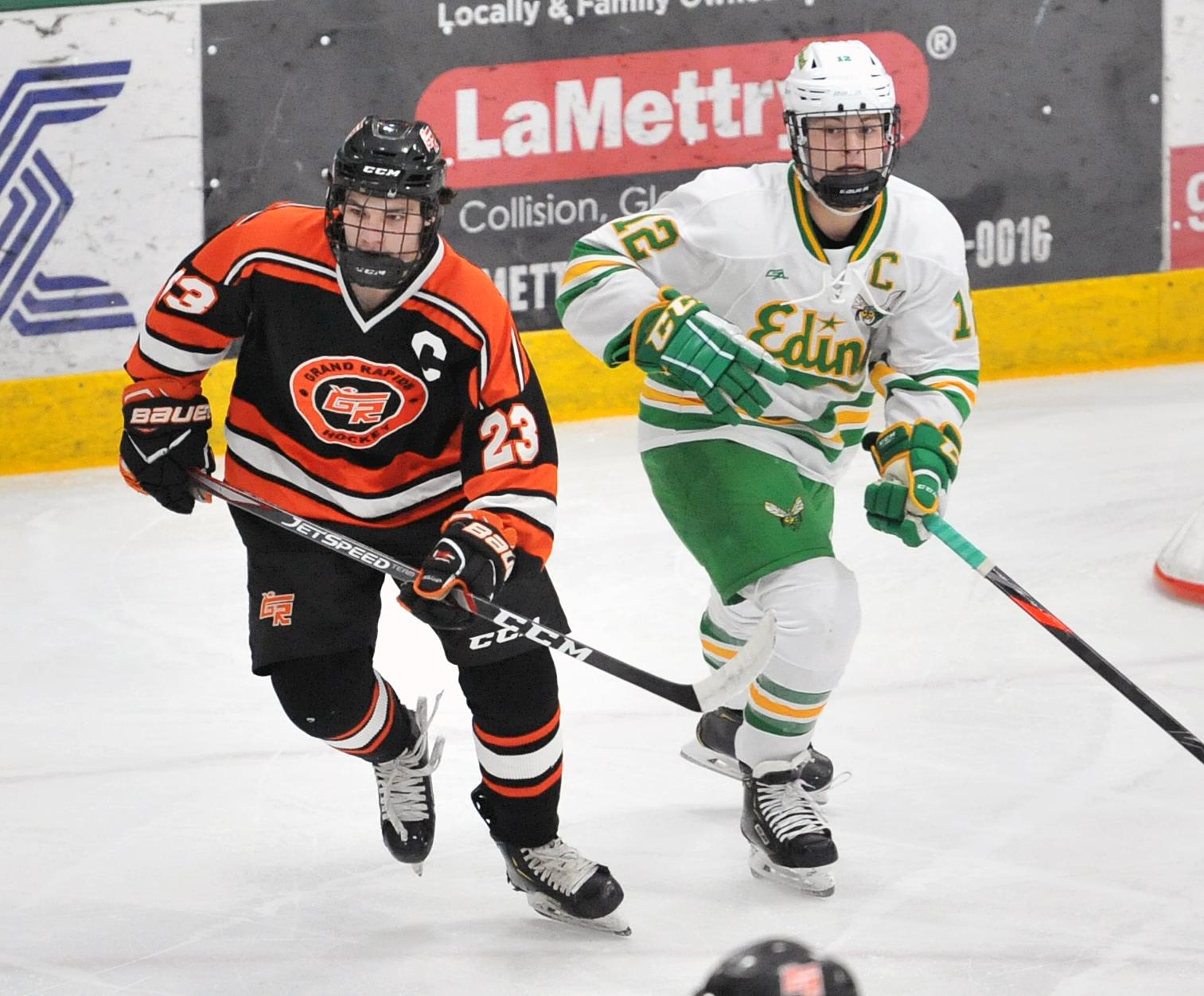 Minnesota Mr. Hockey winner Jack Peart (left) was the second and one of nine Minnesotans taken in the 2021 NHL draft. Photo by Loren Nelson, SportsEngine

Chaz Lucius: A Grant, Minnesota native, Lucius committed to Minnesota at 14 years old and attended Gentry Academy, which his parents founded, before joining USA Hockey's National Team Development Program. Lucius scored 13 goals in 13 games for the U18 team last season but was sidelined for much of the year after undergoing leg surgery. Lucius will join the Gophers this fall.

Jack Peart: Peart, a senior at Grand Rapids this season, was named 2021 Minnesota Mr. Hockey after leading the Thunderhawks in assists and points (24 assists, 35 points), while also blocking 16 shots. Peart will join a St. Cloud State team coming off a Frozen Four appearance this fall.

Tristan Broz: A Bloomington, Minnesota native, Broz played one season for Blake as a sophomore in 2018-19 before joining the USHL's Fargo Force, who drafted Broz in 2018. Broz tallied 56 points for Blake in his sophomore season, scoring over two points per game. Broz will join the Gophers in the fall.

Brody Lamb: Lamb led the state in goals and points (52 goals, 87 points) this season as a junior for Dodge County, which finished as the Class 1A runner-up to Gentry Academy. Lamb will play junior hockey in the USHL at Green Bay in the fall and is committed to play collegiately at Minnesota.

Jackson Blake: Blake notably scored in double overtime to break a 1-1 tie with Lakeville South and secure a victory for Eden Prairie the Class 2A title. He scored 20 goals this season overall and racked up 58 points. Blake, who also played for the USHL's Chicago Steel this season and scored a championship clincher, plans to play the full 2021-22 season with the Steel. He's committed to play college hockey at North Dakota.

Kyle Kukkonen: Kukkonen led Maple Grove in goals (31), assists (43) and points (74) this season during its run to the state tournament semifinals. The state's second-leading point scorer this season also played with the NAHL's Minot Minotauros, and it's up to the Anaheim Ducks to decide where he plays this season, according to KFYR TV.

Cal Thomas: A senior defenseman for Maple Grove this season, Thomas tabbed 26 points to average just over one per game. Thomas also spent time with the USHL's Sioux Falls Stampede and is expected to play a full season in the USHL before beginning his collegiate career at Vermont.

Justin Janicke: Janicke played one season at Maple Grove as a freshman in 2018-19 before joining USA Hockey's National Team Development Program. Janicke scored 12 goals and tallied 28 points in 43 games for the U18 team this season. Janicke was previously drafted No. 1 overall in the USHL draft by the Dubuque Fighting Saints and is expected to play in the USHL for a season before joining Notre Dame.

Connor Kelley: A freshman defenseman at Minnesota-Duluth this season, Kelley blocked 19 shots, scored three goals and had two assists for the Bulldogs. Kelley played one season for Maple Grove before joining USA Hockey's National Team Development Program and playing for the U17 and U18 teams.