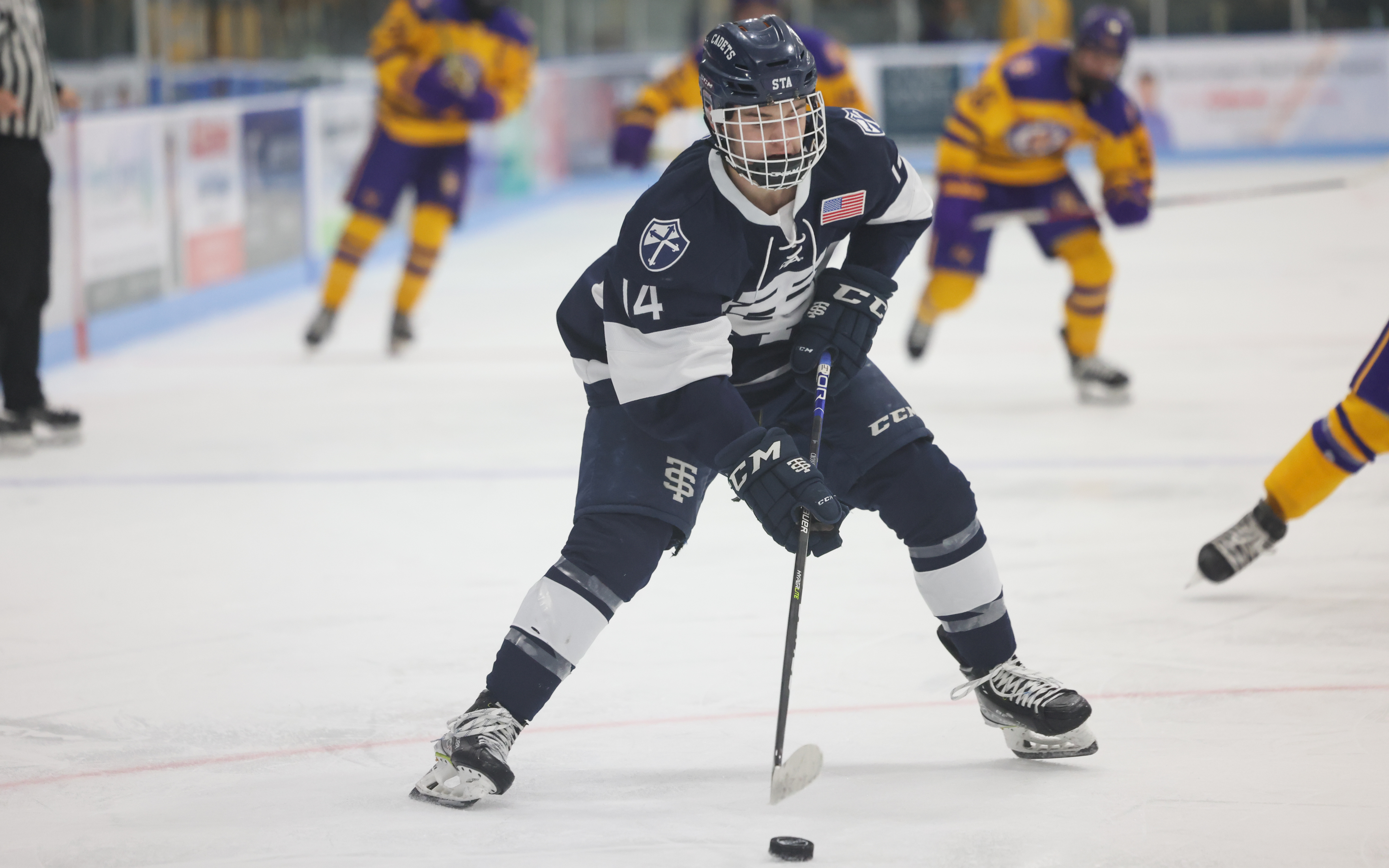 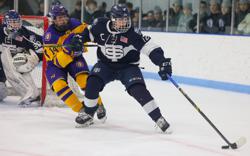 St. Thomas Academy entered the season with big shoes to fill with the departure of two players now playing Division I hockey.

The situation was exacerbated when it became apparent senior captain Max Nagel, the team’s top returning scorer, will be sidelined with a leg injury.

But in a precious few places, St. Thomas Academy being one of them, faces may change, but it’s more or less plug-and-play the new pieces to the lineup.

The Cadets proved that Saturday night when a junior forward playing his second-ever varsity game stepped up to play hero with two consecutive third period goals (including the equalizer and the game-winner). At the other end a goaltender making his first career start turned aside waves of pressure that allowed St. Thomas Academy to skate to a 4-3 victory over Cretin-Derham Hall at Bloomington Ice Garden on Saturday.

Zach Howard, a second-line wing,  scored twice late in the third period to turn a one-goal deficit into a lead the team would hold as St. Thomas Academy knocked off the Raiders (0-1), ranked No. 2 in Class 2A according to the preseason Let’s Play Hockey coaches’ poll.

“We have some big voids to fill, and then when you lose Nagle to an injury early, you need to have other guys step up,” St. Thomas Academy coach Trent Eigner said. “But that’s the natural progression that you’d like to see. There are kids who want those roles, and when they get their opportunity like Zach did tonight ... to see him step up and score two huge goals for us was fantastic. He’s a kid who has been chomping at the bit for the opportunity, and to see him step in and have success is always cool.”

The Cadets (1-1) used a charged opening and physical play to seize the early momentum over Cretin-Derham Hall. They then weathered a Raiders response in the second. St. Thomas Academy played physical and rode puck possession into the driver’s seat while goaltender Tyler Magnozzi turned aside late pressure and half a dozen serious scoring threats to finish the game with 27 saves and the victory.

“To fight through all the noise and all that was going on, to settle in and make some big stops for us down the stretch was great,” Eigner said of Magnozzi. “He was solid for us all night.”

The blistering start led to significant periods of zone time and puck possession, and it helped set the tone the rest of the game. The physicality produced two benefits for the Cadets, who were able to slow the Raiders’ many scoring threats, as well as generate its own scoring chances and transition rushes. That’s all part of the game plan.

“Finishing checks is part of being a hockey player,” Eigner says. “If we want to be successful and to play the way we want to play, then we kind of mandate that you finish checks. And when you start doing it early and everyone gets involved, then it becomes a difficult way to play hockey for your opponent.”

In the third period, after Cretin-Derham Hall rallied and reclaimed the lead with a three-goal second-period, Howard pounded home two goals from close range less than 90 seconds apart in a dizzying stretch to reset things in the Cadets favor.

The opportunity in front of him, Howard could barely believe his eyes.

“When you have a chance against a team like this, you need to put it in the back of the net,” he said.
“Today was a huge confidence boost. It feels good to know where I am starting to fit in, and where I am going to be.” 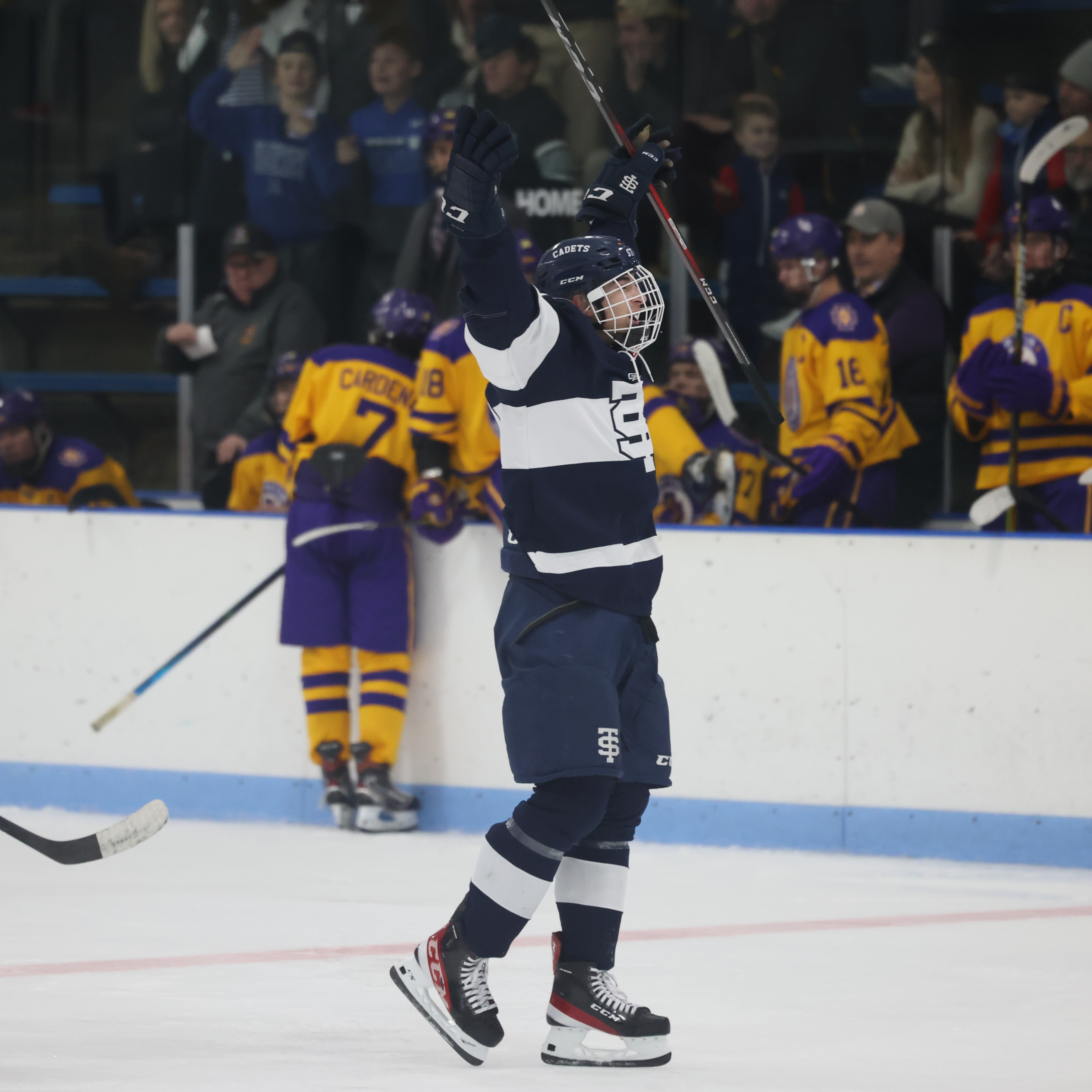 Zach Howard scored twice late in the third period to turn a one-goal deficit into a lead St. Thomas Academy would hold as it knocked off Cretin-Derham Hall 4-3 Saturday night at Bloomington Ice Garden.

The Cadets (1-1) used a charged opening and physical play to seize the early momentum over Cretin-Derham Hall, and then weathered a Raiders response in the second. The significant advantage in puck possession and zone time lifted into a more balanced third, but STA’s pressure paid off late against the Raiders (0-1), ranked No. 2 in Class 2A according to the preseason Let’s Play Hockey coaches’ poll.

Cadets’ goaltender Tyler Magnozzi made 27 saves in the victory.

Attila Lippi and Jake Sonderai each finished with a goal and an assist for the Raiders. 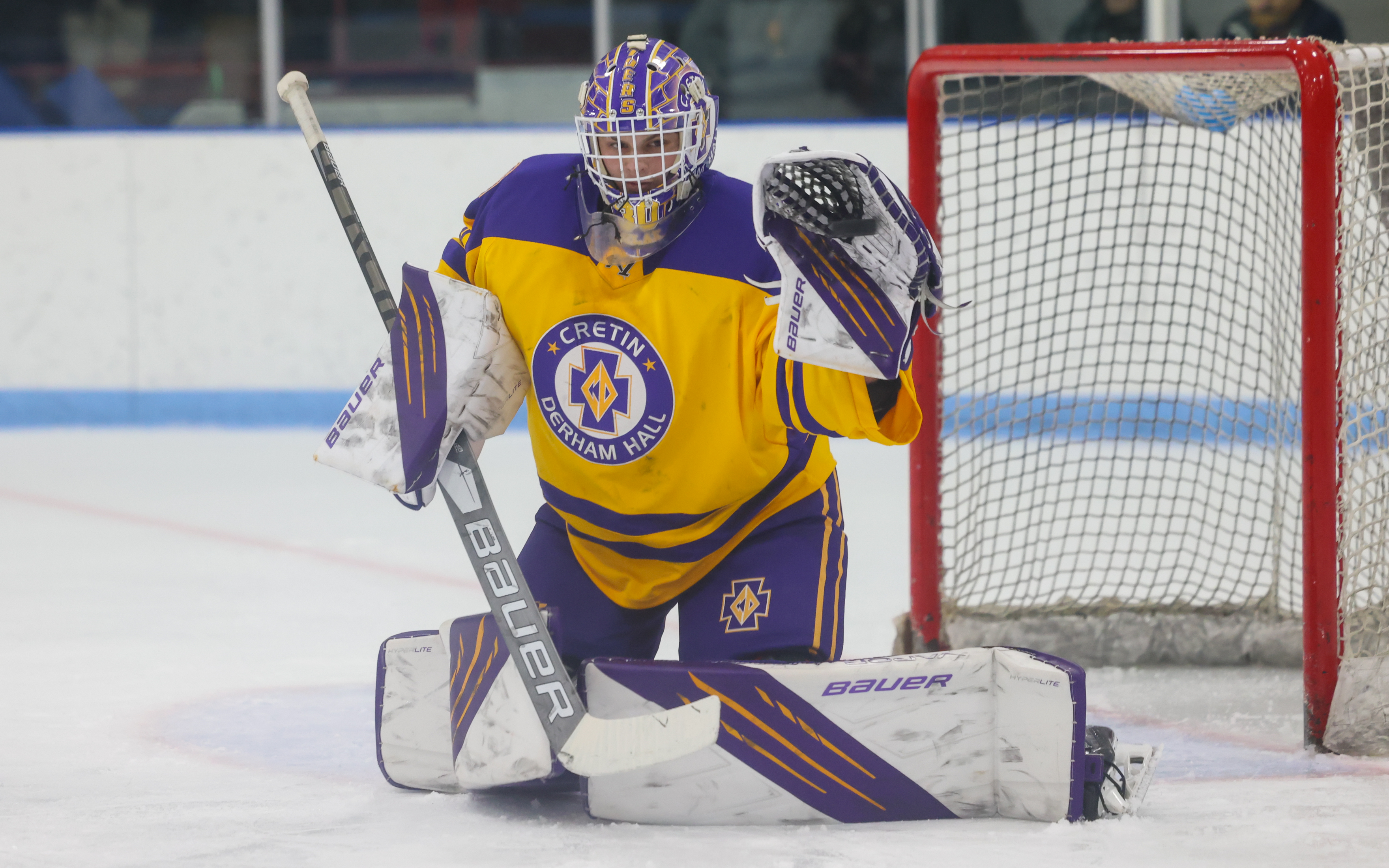