Goalie Robbie Clarkowski had his best performance of the season— stopping 38 shots — to lead the Hornets to victory. 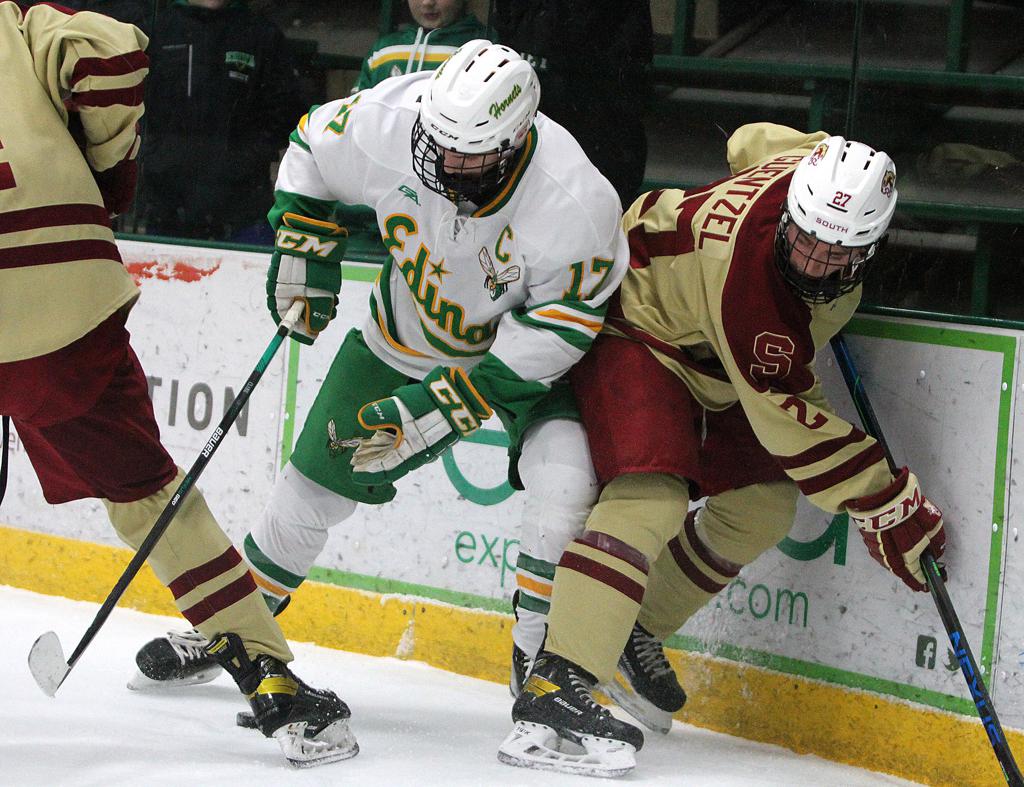 The first period of the new year started with a thud for Edina.

Outplayed, out attacked and under constant fire early, the Hornets didn’t record a shot on net until midway through the first 17 minutes. A more acceptable second-period effort was rewarded with a one-goal debt and it wasn’t until the third period before the Hornets scored.

The remedy for Edina on this night when their compete level began as cold as the sub-zero temperatures outside frigid Braemar Arena was a hot goaltender. Robbie Clarkowski delivered for the Hornets in piping-hot quantity with 38 saves, an effort that allowed his team to fight back from an early deficit and defeat Lakeville South 2-1 in a meeting between the state’s top two teams ranked in the Class 2A coaches' poll dated Dec. 22.

“He bailed us out a ton of times,” said junior forward Jimmy Clark, who assisted on both Hornets’ goals. “He made some big saves until we got going, he gave us a chance.”

The 6-foot-6 junior with a lanky frame and big reach exhibited confidence beyond his eight games of varsity experience against the top-ranked Cougars (9-2), Clarkoski was the glue that held it together as Edina worked its way through a humbling first period.

The only real bright spot, Clarkowski kept turning aside Lakeville South’s ultra-talented top two lines that attacked him from the middle of the ice, the outside, the blue line, and from behind the net with a crispness of passing and puck movement rarely seen at this level.

“The expectation of a goaltender is to play well, and he did,” Edina coach Curt Giles said. “To keep us in it for as long as he possibly can until we get the wheels going. Fortunately for us, he let us hang in there.” 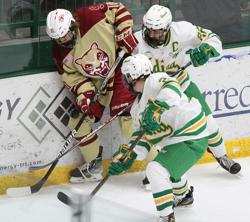 Sprung into position from a strong second period despite being heavily outshot, Edina (8-3) changed its course in the third, scoring twice with increasing energy and confidence.

The Hornets’ fortunes flipped with the equalizer from Trey Fechko 3:05 into the period, and later, Edina scored the eventual game-winner on the power play with a goal from Eddie Revenig with less than five minutes left. Fechko’s goal especially lit a fire.

“That play got us going and turned things around,” Clarkowski said. “It was different after that.”

Clarkowski lowered his season goals-against average to 2.30 and boosted his save percentage to .897. Repelling an offense that is average close to five goals per game, he took another step forward as Edina’s main man between the pipes and demonstrated what Giles and Clarkowski’s teammates already know. 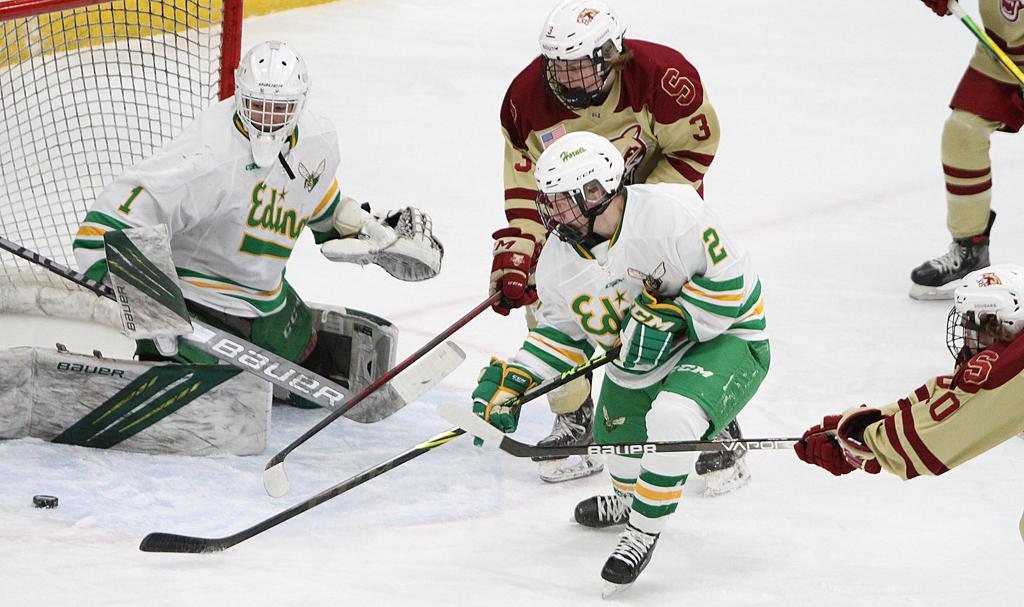 Edina goaltender Robbie Clarkoski stopped 38 of the 39 shots he faced Saturday night to help drive the Hornets to a 2-1 victory over Lakeville South. Photo by Drew Herron, SportsEngine

Edina goaltender Robbie Clarkowski stopped 38 shots to help the Hornets fight back from an early deficit and defeat Lakeville South 2-1 Saturday night at Braemar Arena in a meeting between the state’s top two teams ranked the Class 2A coaches' poll dated Dec. 22.

Lakeville South, the No. 1-rated team, came out flying and dominated the first period in every facet but the score. The Cougars (9-2) peppered 11 shots on net before Edina got its first — more than nine minutes in.

In the second, Lakeville South struck first just 1 minute, 11 seconds into the period on a goal from defenseman Joe Guentzel, and the Cougars slipped into the driver’s seat.

The Hornets’ fortunes flipped in the third, first with the equalizer from Trey Fechko 3:05 into the period. Later, Edina (8-3) scored on the power play with a goal from  Eddie Revenig that stood up as the game-winner. 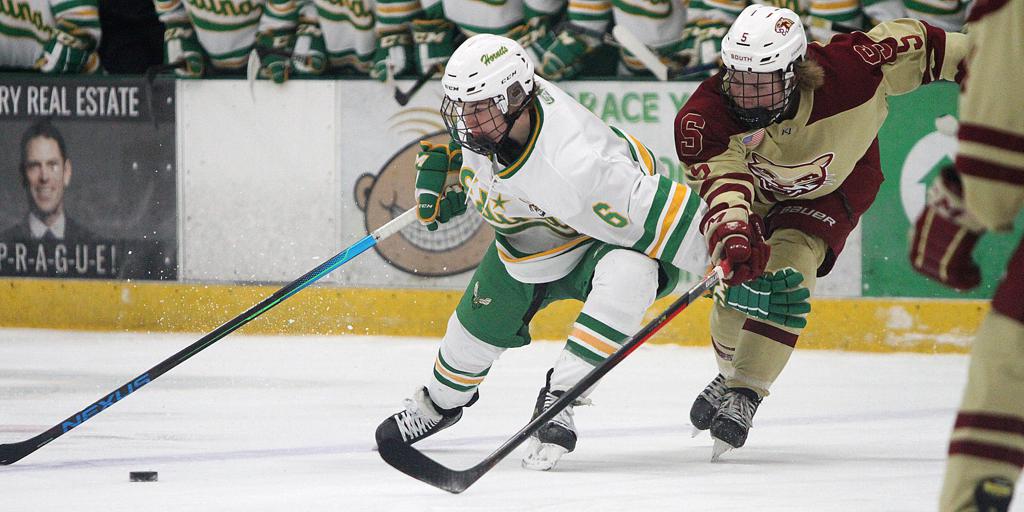