Minneapolis used a low-scoring attack to upend the Tigers on Tuesday. 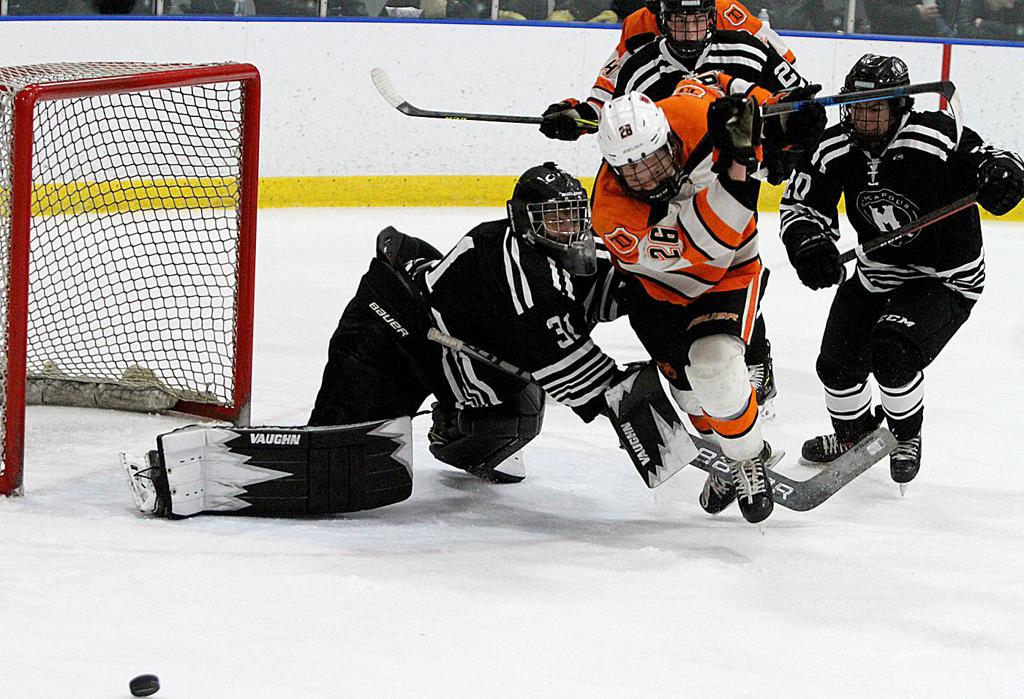 Growing up in the Minneapolis Storm Youth Hockey Association, they couldn’t wait to wear the black-and-white and represent an entire city.

With their prep hockey lives entering the final stretch and the Minneapolis high school team fielding one of its most competitive and talented teams since the seven schools were combined into one team in 2010, the stakes are high. The desire to win and achieve is strong.

“We take a lot of pride playing for Minneapolis,” Grimm said. “It means a lot to wear the jersey, and everyone on the team has come together with that belief.” 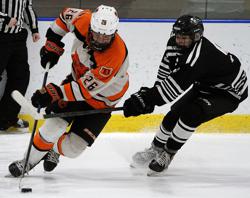 Tuesday night’s 2-1 road victory over Delano helped with that. Minneapolis scored twice in the first period and then outlasted Delano’s pushback to earn an important win in a meeting of Class 1A, Section 2’s top teams.

Will Pankratz opened the scoring to put Minneapolis on the board 3:54 in, and the visitors added another with 2:15 remaining when Grimm scored a shorthanded goal set up by senior forward Zander Zoia.

Grimm, a first-line wing from Washburn, and Lamont, a goalie from Southwest continued their work of helping unlock Minneapolis hockey’s potential and steer the program to new ground.

Grimm scored his eighth goal and 12th point as he played extensive minutes and special teams. Lamont was outstanding in net to help Minneapolis, ranked No. 7 in the Class 1A coaches' poll released Jan. 12, take that next step against No. 6-1A Delano. Lamont stopped 21 of 22 shots he faced to earn his 11th win of the season, while dropping his goals-against average to 1.97.

“We didn’t necessarily play our best hockey tonight, but we were able to fight and battle, and find ways to keep them off the scoreboard,” Grimm said. “And Alex bailed us out a few times.”

Minneapolis (11-3-1) picked up its third straight win and slips into the driver’s seat for top seeding for the Section 2 tournament now less than four weeks away.

Within the program and within the city, there is growing belief in the team now.  Lamont said for him, it started early.

“Going to Minneapolis games when I was a squirt, or peewee or bantam, I sat in awe looking at these high school kids,” Lamont said. “Now it’s here for me, and every time we’re at home, the place is filled again with fans and little kids watching and supporting us. Enthusiasm with Minneapolis hockey is high.” 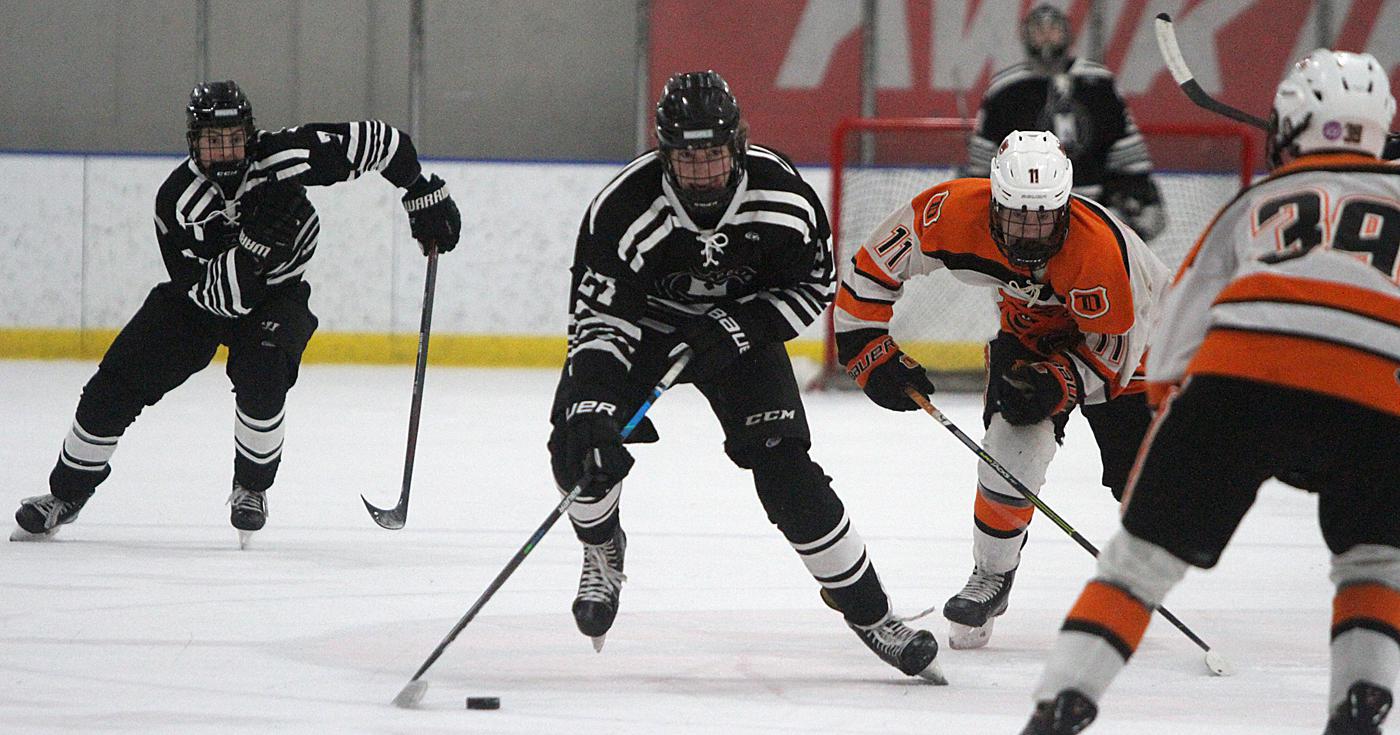 Minneapolis scored twice in the first period and held up to Delano’s pushback to pick up a 2-1 road victory Tuesday night in a meeting of Class 1A, Section 2’s top teams.

Will Pankratz opened the scoring three minutes, 54 seconds into the game, and Minneapolis (11-3) added another in the closing minutes when Zander Zoia and Evan Grimm forced a turnover in their own zone while down a man, then raced in and buried a shorthanded goal.

Delano (10-5) got one back in the second period when Craig Halonen converted on the power play at 6:26, with a single assist to Jesse Peterson. The Tigers, ranked No. 6-1A, outshot Minneapolis by a 2-to-1 ratio.

Minneapolis, ranked No. 7-1A, picked up its third straight win and slips into the driver’s seat for top seeding for the section tournament now less than four weeks away.

Minneapolis goaltender Alex Lamont stopped 21 of 22 shots he faced to earn his 11th win of the season while dropping his goals-against-average to 1.97. 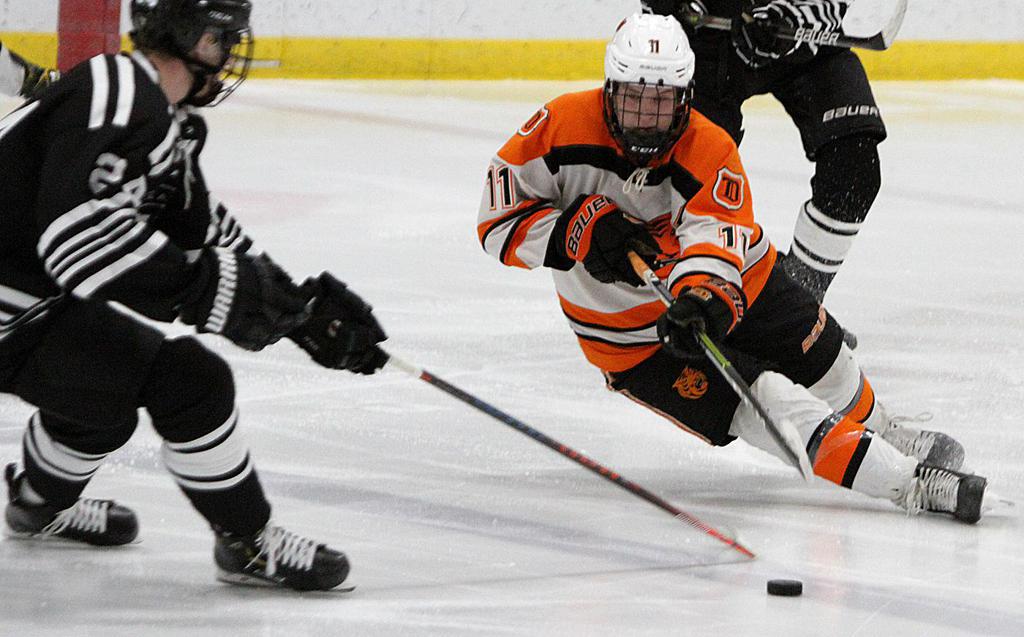