The Red Knights used a combination of speed and physicality to roll past the Stars and win their 11th consecutive game. 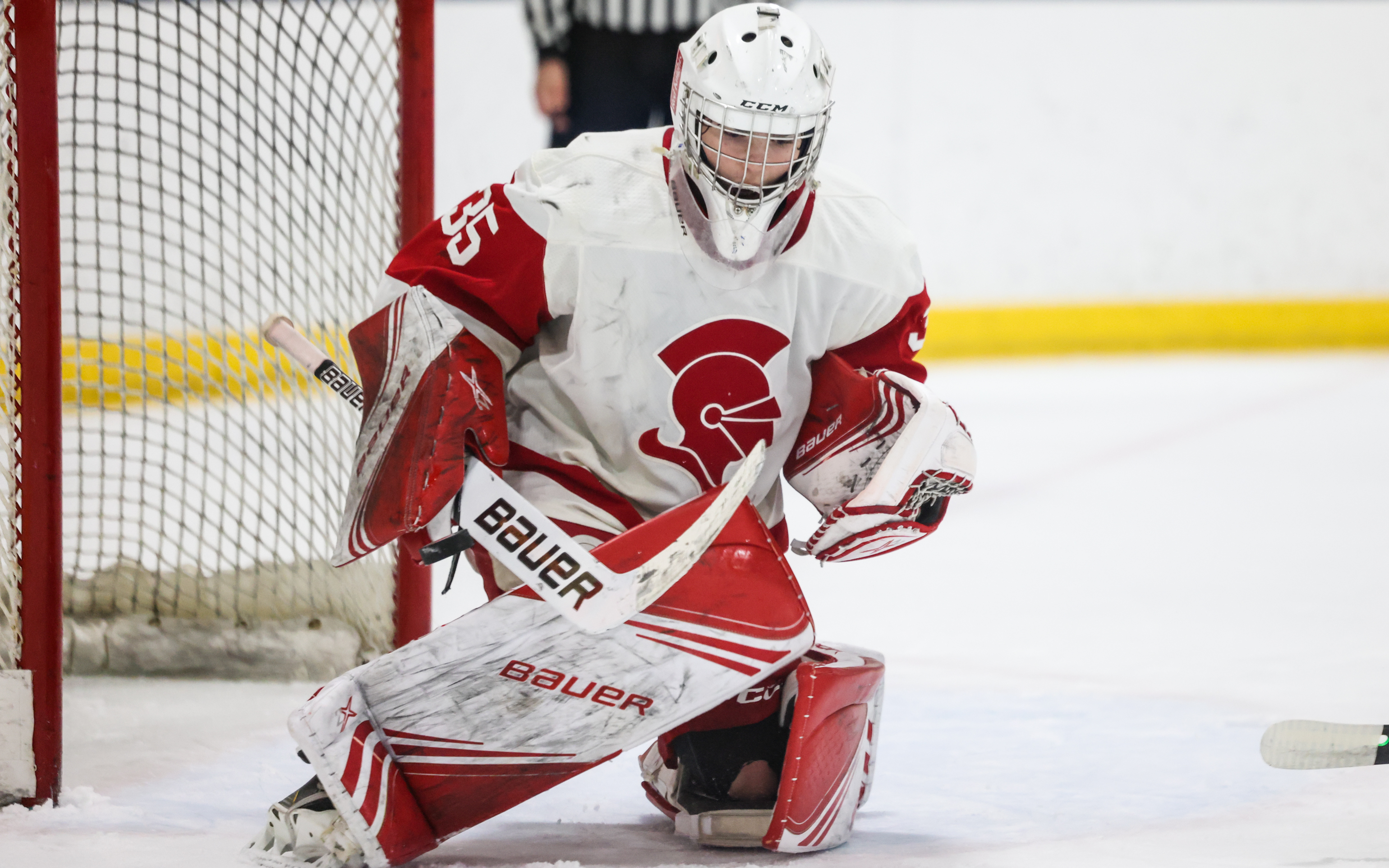 When Benilde-St. Margaret’s lost three consecutive games earlier this season, the Red Knights and coach Ken Pauly did what any team would do — make adjustments.

So far, Pauly and his staff have pushed all the right buttons. Benilde-St. Margaret’s has not lost since its 5-3 defeat at Cretin-Derham Hall on Dec. 16. Since then, the Red Knights have rattled off 11 consecutive wins, including Thursday’s 5-0 win over Class 2A, Section 6 rival Holy Angels.

Looking at the Benilde-St. Margaret’s schedule, its three-game skid was not one to panic too much about. The Red Knights, ranked No. 4 in the latest Class 2A coaches’ poll, dropped games to No. 6-2A Wayzata (a 1-0 overtime loss), No. 7-2A Moorhead (4-3 overtime loss) and a loss to the No. 2-2A Raiders. 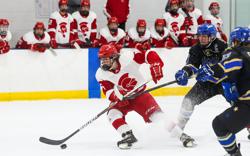 “On the front end, we had the strongest schedule in the state,” Pauly said. “The thing was not to panic. Getting tagged with three or four losses early in the season, that never hurt anybody. That probably helped us.”

After those early losses, the adjustments came. But there was still confidence in the group out on the ice.

“The key is we knew the ability was there,” Pauly said. “We’re experimenting with lines and chemistry. Section playoffs are fun because the team you see then is not the team you saw in December.”

One of the adjustments was tweaking the Red Knights’ top line. The group that came out of those adjustments were a trio of seniors Adam Marshall, Mitchell Dokman and sophomore Brendan McMorrow.

So far, the line has proved to be a major asset for Benilde-St. Margaret’s. Thursday’s game showed it. The group scored each of the Red Knights’ first four goals. Marshall led the way with a pair of goals. He leads the team with 16 goals in 17 games played.

“I think over the last seven, eight games we’ve really been jelling as a line,” Marshall said. “We know where each other is and we’re able to find each other.”

Dokman, the other senior, is a player who stood out to Pauly on Thursday as he tallied his sixth goal of the season.

“The biggest surprise was how well (Dokman) played,” Pauly said. “He’s really coming into his own. We knew he was a good player. But he’s gone to a different level this year.”

The youth on that top line comes in the form of McMorrow. He has spent most of his time distributing this season with 14 assists this season. He did, however, add his second of the year with a shorthanded goal in the second period.

“It’s tough because five of the sophomores for us have made it to national camps,” Pauly said. “But they’re still sophomores. Having some of the big bodies we do on the back end help make up for our inexperience up front.”

The group has managed to find its stride starting in December. Benilde-St. Margaret’s will look to finish strong with much of its Metro West Conference schedule ahead of them. After that, a rigorous Section 6 tournament that could feature a rematch against the Stars. The two teams have met in each of the past three section tournaments.

“We know every time we play these guys, they’re going to come out fired up,” Marshall said. “We know (Holy Angels) is going to try and be physical. I think we will be fine. There’s no one in the state that can skate with us.” 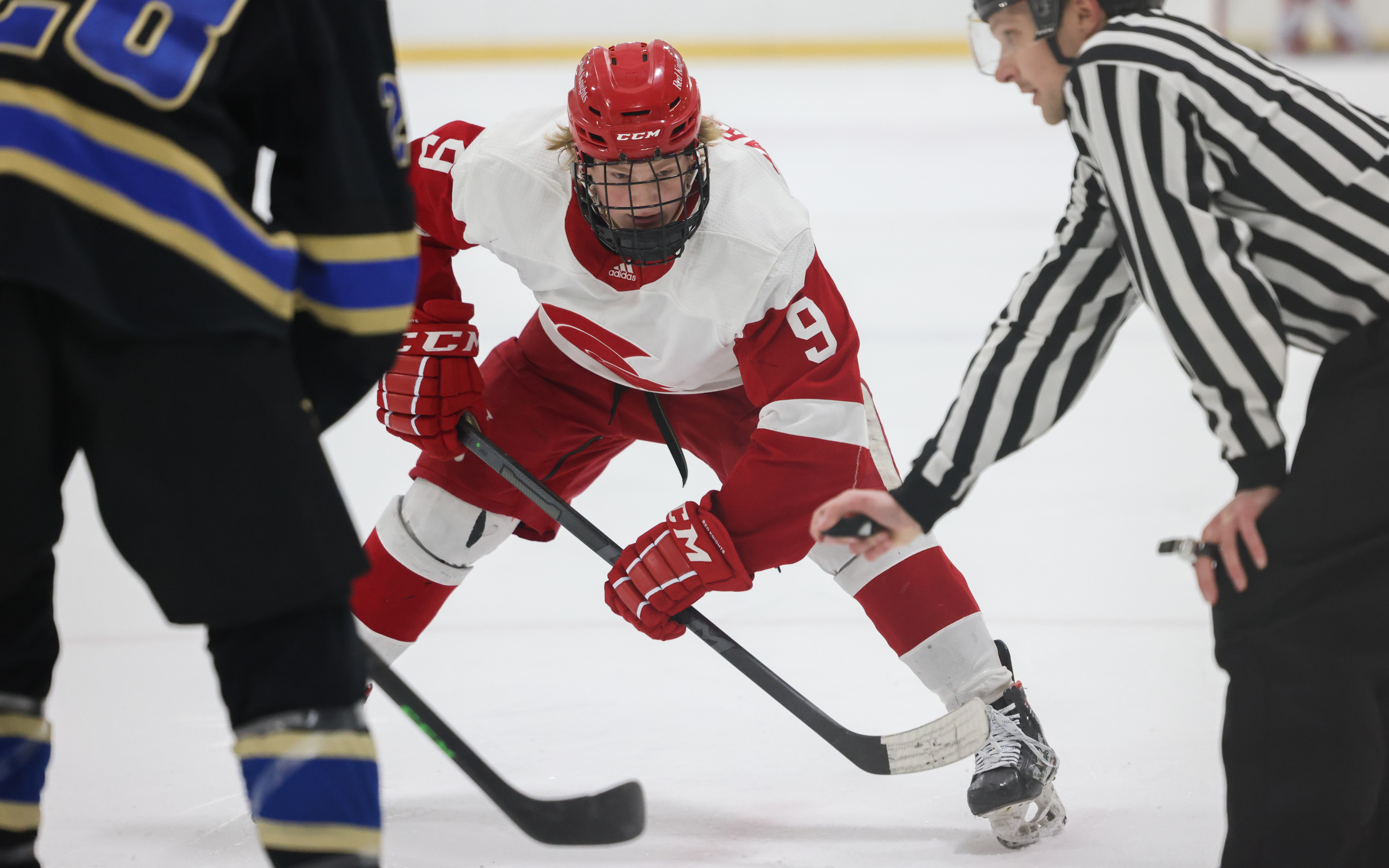 Benilde-St. Margaret’s continued its winning ways on Thursday. The Red Knights extended their winning streak to 11 as they rolled past Holy Angels 5-0 at the St. Louis Park Rec Center.

The Red Knights (13-4, 3-0) got the game going in the first period when senior forward Adam Marshall tallied a goal to put his team ahead 1-0. Marshall scored twice in the win to give him a team-best 16 goals this season.

Marshall’s line, which includes teammates sophomore Brendan McMorrow and senior Mitchell Dokman, supplied most of the scoring in the win. Dokman made it 2-0 later in the first for Benilde-St. Margaret’s, ranked No. 4 in the latest Class 2A coaches’ poll.

McMorrow made it 3-0 in the second period on the penalty kill with just his second goal of the season. Marshall added his second to make it 4-0. Gino Gatti capped off the night with a goal in the game’s final minute.

The Stars (14-3-1) did not have any answer for the Red Knight offense. Holy Angels produced 23 shots and failed to beat Benilde-St. Margaret’s sophomore goaltender Mason McElroy. He picked up his third shutout of the season in the win.

Stars senior goalie Bryce Hess had his hands full in the loss. He stopped 39 of 44 shots for Holy Angels. 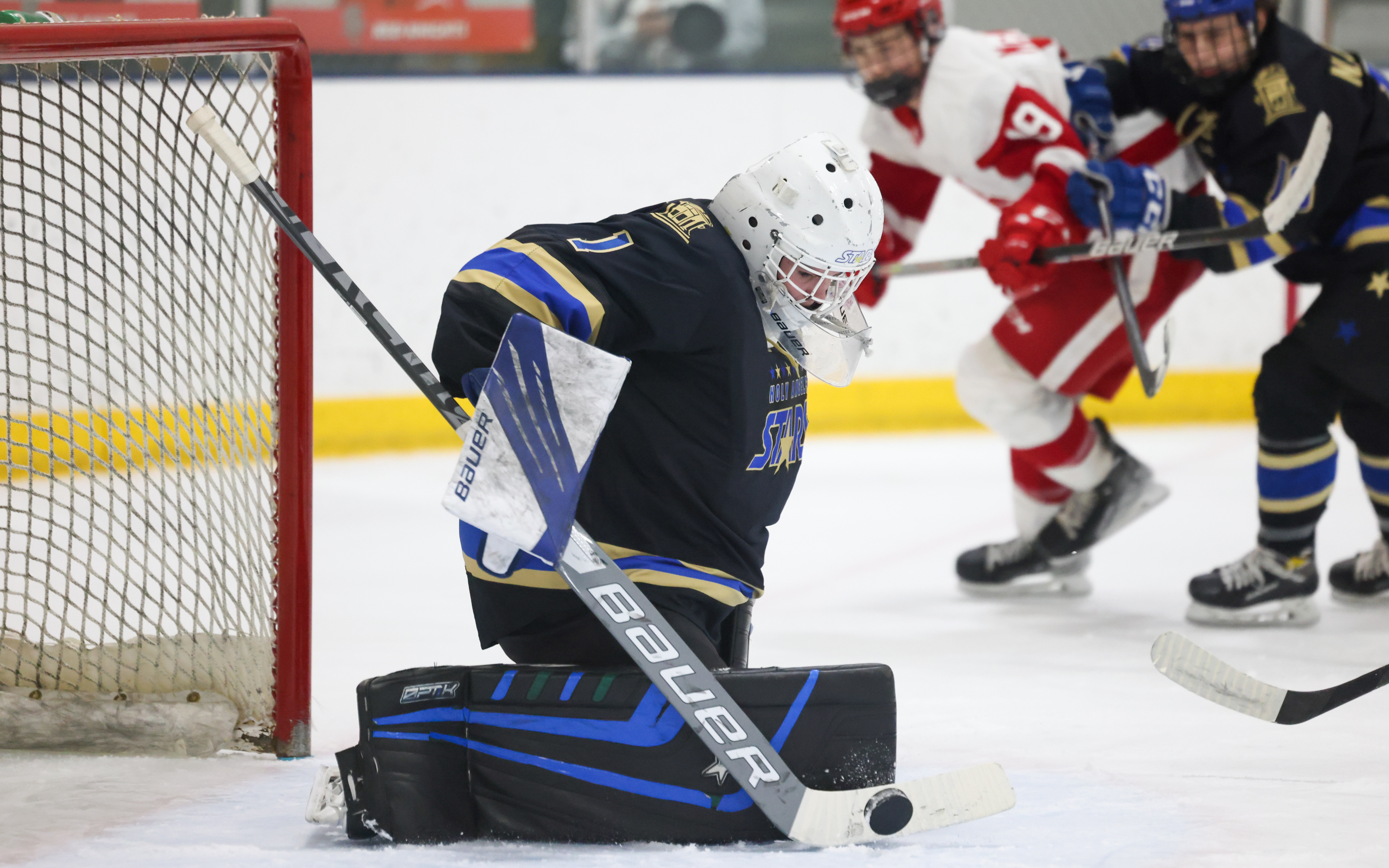