For first time since 1994, a Minneapolis public school qualifies for the state tournament

Co-op team’s victory over Delano in the Class 1A, Section 2 final ends the city’s long absence. 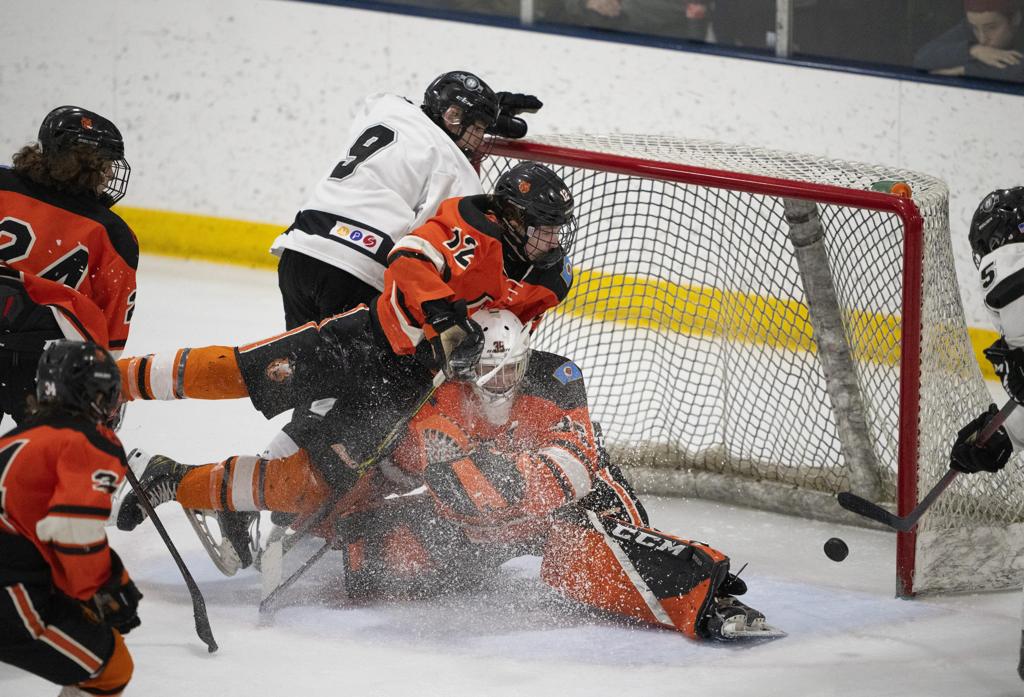 Minneapolis put the cherry (and spoon) on its boys’ hockey season with a 3-1 victory against Delano in Wednesday’s Class 1A, Section 2 championship game.

Two goals from sophomore forward John Bebler and 30 saves by senior goalie Alex Lamont overjoyed the Minneapolis portion of the estimated 2,000 fans packing the St. Louis Park Recreation Center and sent a Minneapolis public school program into the state tournament for the first time since Edison qualified in 1994.

“We just did the hardest thing, boys — we lived up to the hype,” Zoia said.

No. 1 seed Minneapolis (21-6-1) excelled in its first crack at being the section favorite. The team without a nickname guaranteed itself a spot in the quarterfinals next Wednesday at Xcel Energy Center.

Joe Dziedzic is a former Minneapolis hockey standout now in his 10th year coaching the cooperative program available to any skater in one of the city’s seven public schools. Most players hail from Southwest and Washburn.

He took a less-is-more approach to his pregame message, encouraging players to just be who they have been all season. He had seen the best of Minneapolis and knew that reaching that level was enough. To his delight, the players didn’t stop there.

“Our guys rose to the pressure of being the hunted, and I think it pushed us to be even better tonight,” Dziedzic said.

Bebler’s goals in the first and second periods built a 2-0 lead and forced defending section champion Delano to ponder its 2-1 home loss to Minneapolis on Jan. 18.

“That kid has stepped up in big moments in games all year,” Zoia said of Bebler, who has made his eight goals this season count.

Zoia grabbed the energy right back for Minneapolis with a goal only 73 seconds later.

“After that goal, we believed we would keep rolling, and we did,” said Lamont, who permitted only three goals in as many playoff games.

“There were a lot of doubters of him after he had a couple shaky games in the playoffs in the past,” Zoia said. “But he’s been such a rock back there.”

Victorious Minneapolis players left the ice and waded through a stream of Minneapolis youth players, looking up at these conquering heroes with wide eyes and smiles. Behind them were Minneapolis cheerleaders wearing pink wide-brimmed hats and holding black and silver pompons. Dziedzic recorded the joyous walk to the locker room on his phone.

A player shouted down the hall, “History, baby!”