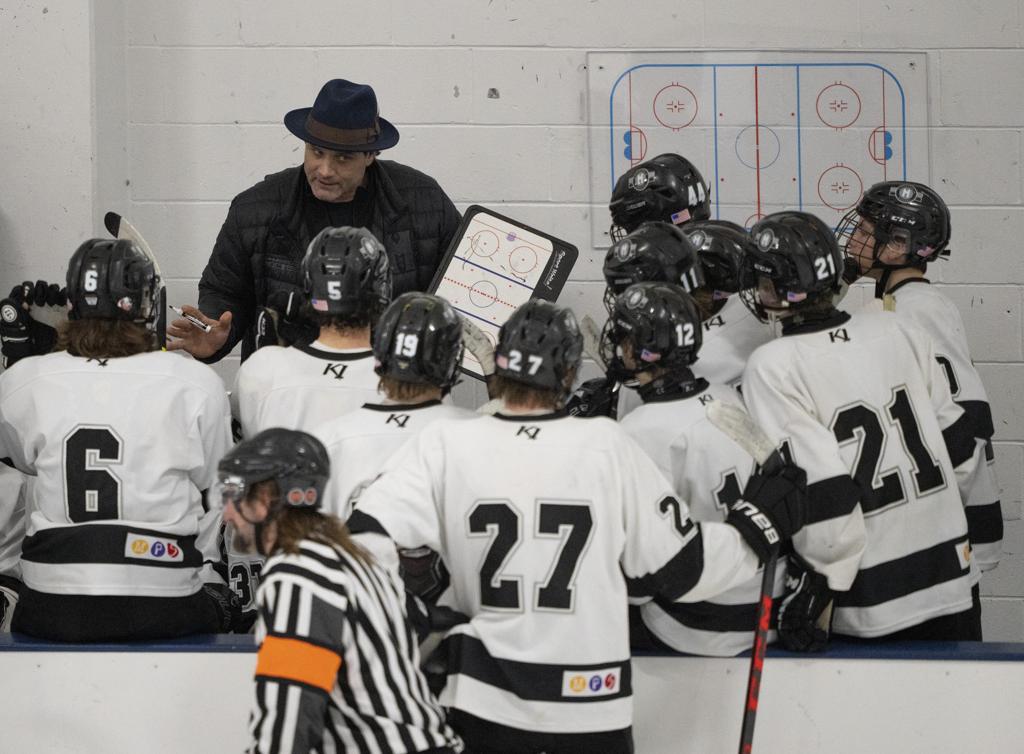 The dark blue fedora Dziedzic wears on game days isn’t for luck or superstition, nor is it a 50-year-old father trying to get hip. In fact, the hat is a nod to the old school.

“It’s sort of a tribute to two legendary high school hockey coaches that I remember growing up watching,” said Dziedzic, a Minneapolis Edison standout who won the Mr. Hockey Award in 1990.

Minneapolis, back in the state tournament for the first time since 1994, is a cooperative boys’ hockey program available to any skater in one of the city’s seven public schools. Most players hail from Southwest and Washburn. The team without a nickname earned the No. 4 seed and opens Class 1A state tournament quarterfinal play at 8 p.m. Wednesday against No. 5 Alexandria.

Dziedzic bought his fedora in September 2018 before a NEEDTOBREATHE concert at the Red Rocks Amphitheatre in Colorado.

“I was getting bored just always wearing a baseball hat,” he said. “So I mixed it up.”

The Class 1A quarterfinal round features two rematches of teams who met during the regular season.

Minneapolis won 4-2 on Dec. 11 at Alexandria. The visitors led 4-0 after two periods.

“That game at home wasn’t particularly good for us,” Cardinals coach Josh Meyers recently told Eric Morken of the Alexandria Echo Press. “We came out flat and basically handed them a 4-0 lead. We finally started playing to our ability in the third period and were able to make it a 4-2 game.”

No. 2 seed Warroad lost just three times this season and only once to a Class 1A school — No. 1 seed Hermantown. The teams were tied 1-1 after three periods, then the host Hawks scored in overtime.

A championship game meeting would resemble the girls’ Class 1A title game this year in which Warroad beat Proctor/Hermantown.

Coming back from COVID-19

Hermantown was one of two Class 1A teams most acutely affected by the coronavirus pandemic last season. The other was Mankato East/Loyola.

The Hawks qualified for the state tournament, only to have their roster decimated and championship chances reduced by a COVID-19 exposure during the section semifinals. That meant any player who got ice time in that game could not participate in the state tournament quarterfinal.

“The JV guys stepped up, they all showed up — a kid flew back from Florida — and we put our best foot forward and we were that close to making a miracle happen,” Andrews told Jamey Malcomb of the Duluth News Tribune. “I thought that moment last year was one of the brightest moments in Hermantown hockey history. Honestly, I think it shows the true character of our kids and it showed the depth of our program and how everybody’s bought in.”

At least Hermantown got to St. Paul. That’s the destination Mankato East/Loyola had in mind when the Cougars took the No. 2 seed into the Section 1 playoffs last season.

The pandemic had other plans. With the bulk of its varsity roster in quarantine because of a COVID-19 exposure, Mankato East/Loyola lost in the first round.

The Cougars returned to the state tournament with old comrades in mind.

“Every one of those [section championships] is special,” Mankato East/Loyola coach Adam Fries told Chad Courrier of the Mankato Free Press last week. “But this one might mean the most because of how the players got hosed last year.”

Senior Parker Anthony told Courrier: “This is for the seniors who didn’t get the chance last year. That was heartbreaking.”

Hockey goaltenders are a special breed.

Take Minneapolis netminder Alex Lamont. He shared an intimate moment with the goal frame after a third-period shot in the Section 2 championship game hit the post. When the action around his crease subsided, Lamont leaned over for a smooch.

“Before the game, I always try to talk up the posts to make them feel good,” Lamont said. “When it makes saves for me like that, I have give it a kiss. I have to.”