Mankato East/Loyola hung on tight until the Zephyrs found their scoring touch. 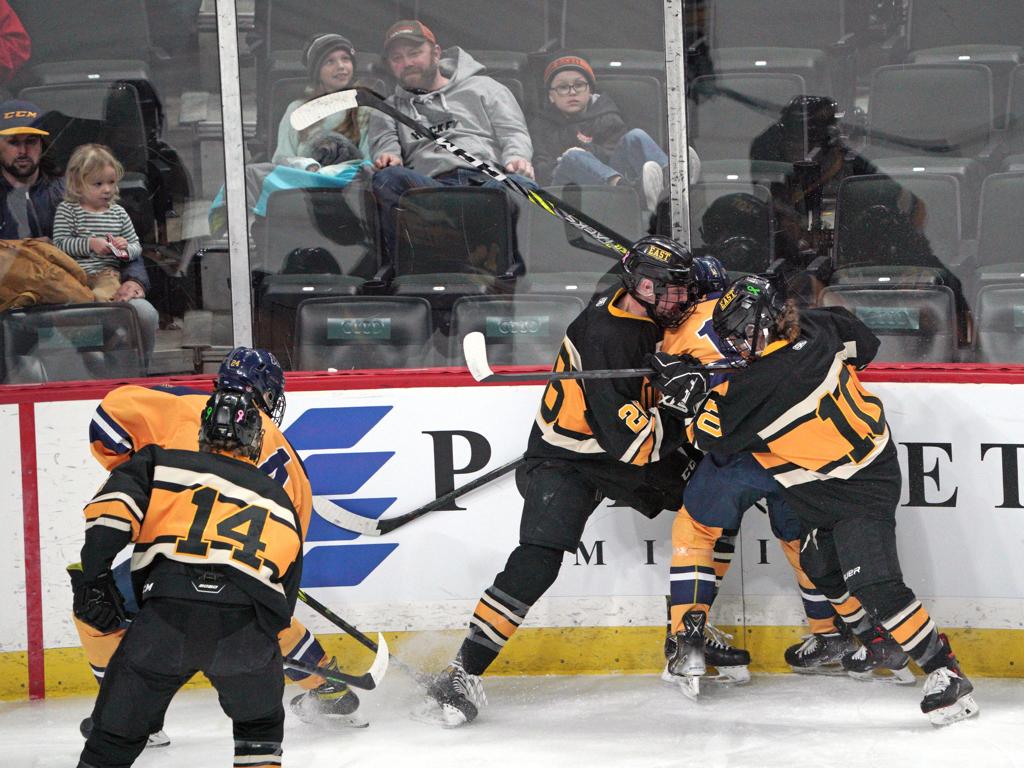 The first-period competition was physical when Mahtomedi and Mankato East/Loyola got going Wednesday. Photos by BRIAN PETERSON, Star Tribune

In hockey, giving up a goal in the first or final minute of a period is a no-no, which means scoring one in those moments isn’t easy.

Mahtomedi essentially got one of each in the second period against Mankato East/Loyola, goals that fueled a 4-1 quarterfinal victory.

“It’s a huge boost,” Zephyrs coach Jeff Poeschl said. “It’s rare to get one early and late in the same period.”

Carter Haycraft scored 1:10 into the period, and Poeschl said he “could feel a little tension leave the bench.” Nick Beiersdorf doubled the lead for No. 3 seed Mahtomedi (17-11-1) midway through the period.

A third goal, this one by Cavanaugh Bruner with just 7.8 seconds remaining, was one Poeschl called “quite a dagger.”

“It took us a minute to get over that in the third period,” Cougars coach Adam Fries said. “But I was proud with the way we battled back to give ourselves a chance.”

Mankato East/Loyola received a tremendous toe save from goalie Caelin Brueske in the first period. His teammates finally generated offense to support him in the third period.

“That gave us a little bit of life,” Fries said, especially because Prochaska’s shot bested “a goalie who generally doesn’t get beat on the first shot.”