Minneapolis tied it after giving up a goal in the first three minutes but didn't score again. 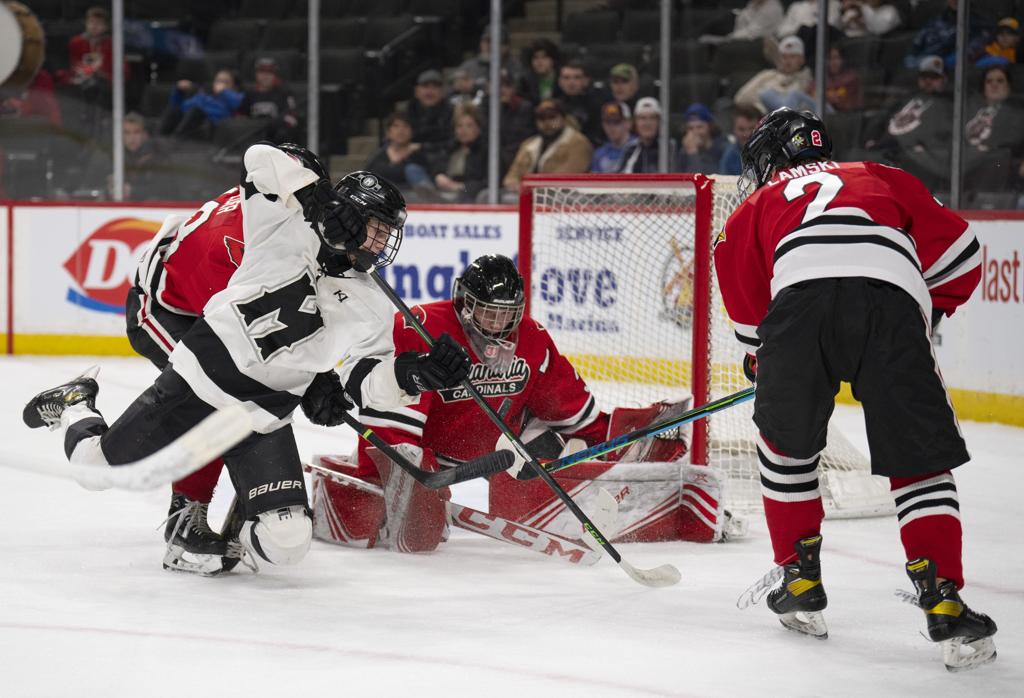 Alexandria senior forward Brycen Berg scored twice, and the Cardinals beat Minneapolis 4-1 on Wednesday in a Class 1A quarterfinal of the boys' hockey state tournament at Xcel Energy Center.

Berg gave fifth-seeded Alexandria an early 1-0 lead, but Minneapolis controlled play the rest of the first period, and Zander Zoia tied the score late in the period.

Minneapolis, the fourth seed, outshot Alexandria 13-2 in the first period.

"Obviously the first period was not the greatest,”  Alexandria coach Josh Meyers said. “But we bounced back in the second and took care of the puck a lot better.”

Berg scored the go-ahead goal for a 2-1 lead late in the second period when he deflected Henry Ramstorf’s point shot.

About a minute after a huge save with the puck bouncing near the goal line by Alexandria goaltender Teagan Pfeffer in the third period, Gavin Olson scored with 11:03 to play to make it 3-1.

“Once they scored, I was like, ‘We’re going to win this game,’” Pfeffer said.

“They put it in the net when they had their chances, and we got behind,” Minneapolis coach Joe Dziedzic said. “I think we’re a better team when we’re obviously ahead.”

The fan support for Minneapolis (21-7-1) was evident in St. Paul, with perhaps the largest student section ever for a Class 1A state tournament game. Minneapolis came in with a 15-2-1 record when scoring first, which it failed to do Wednesday in the first state tournament appearance by a city public school since Minneapolis Edison made the tournament in 1994.