The Hawks faced a challenge in Warroad’s Daimon Gardner and Jayson Shaugabay but kept them in check. 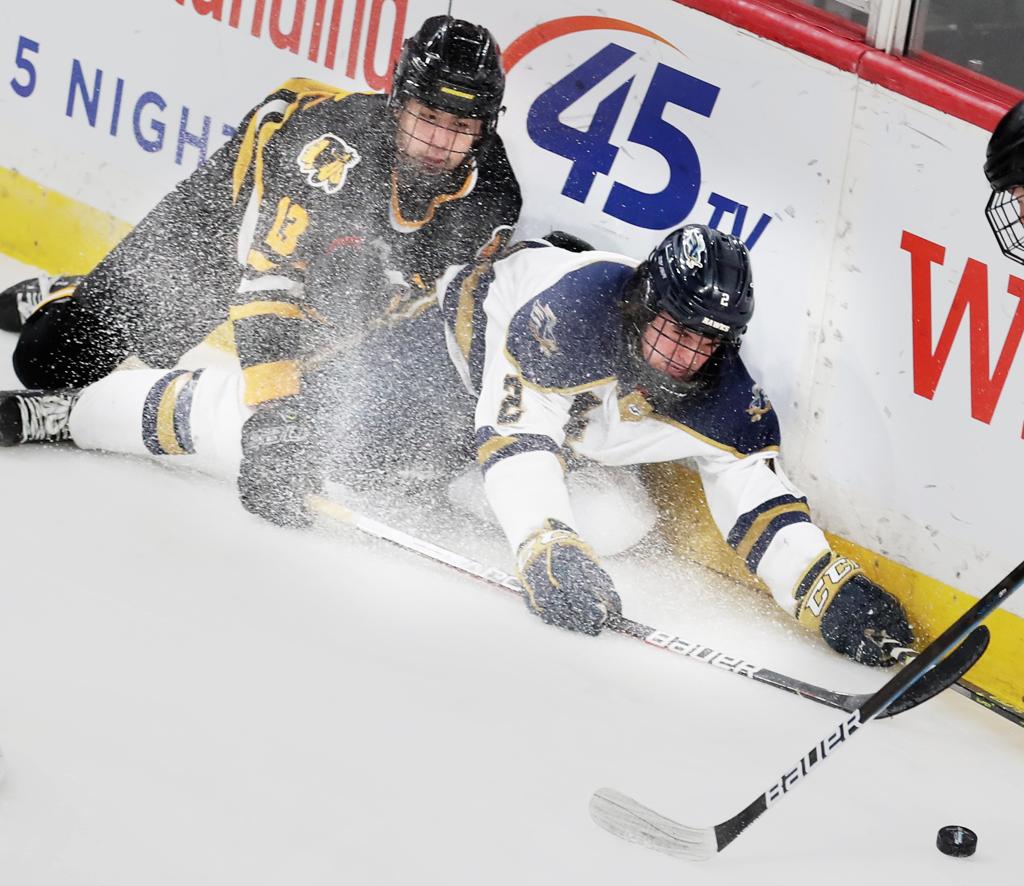 Beau Janzig is the big brother within Hermantown hockey’s program.

“These guys are psychopathic competitors, and they are at each other’s throats all the time,” Hawks coach Patrick Andrews said. “And Beau is the biggest, tallest, strongest stud in the room. He keeps them all under wraps and says, ‘All right, enough.’ ”

In two previous state tournament games, the Warriors received a combined eight goals and six assists from Daimon Gardner, a Mr. Hockey Award finalist, and junior Jayson Shaugabay, who has made a verbal commitment to Minnesota Duluth.

Janzig said he considered Shaugabay and Hermantown’s Zam Plante “the top two guys that are the hardest to guard ever.”

Hermantown figured it out. Gardner and Shaugabay combined for six shots and nothing on the score sheet.

Hanson added 15 goals and 32 assists to Hermantown’s offense this season. Standing 6-2 and weighing 201 pounds, Janzig did his best work rendering the opposition powerless.

“They were good,” Warroad coach Jay Hardwick said. “There’s a reason why Ty is committed to Minnesota Duluth. He’s in your face and he skates well. And Janzig is a steady defensive defenseman back there that makes it hard on people.”

Warroad lost 2-1 in overtime on Jan. 15 at Hermantown, a game marked by cautious play from both teams.

Saturday’s rematch at the Xcel Energy Center started in opposite fashion. The teams were tied 2-2 after two periods.

“I didn’t want to get into a racehorse game with them,” Andrews said. “Our greatest attribute would be playing great team defense.”

Warroad tied the game early in the second period. But Andrews began noticing his team’s defensive efforts changing the game’s flow. Later in the period, he said, he looked at the scoreboard and thought of Warroad, “They haven’t had a shot in a long time.”

Janzig became one of four Hawks to be a team captain and a state champion.

“Beau will forever be in the pantheon of Hermantown hockey stars,” Andrews said. “I couldn’t be prouder of how Beau has turned into a tremendous man and leader this year.”