What explains Andover’s title and its boys-girls double? The community, the coach says

The teams draw on a broad support network that has been developed over more than a decade. 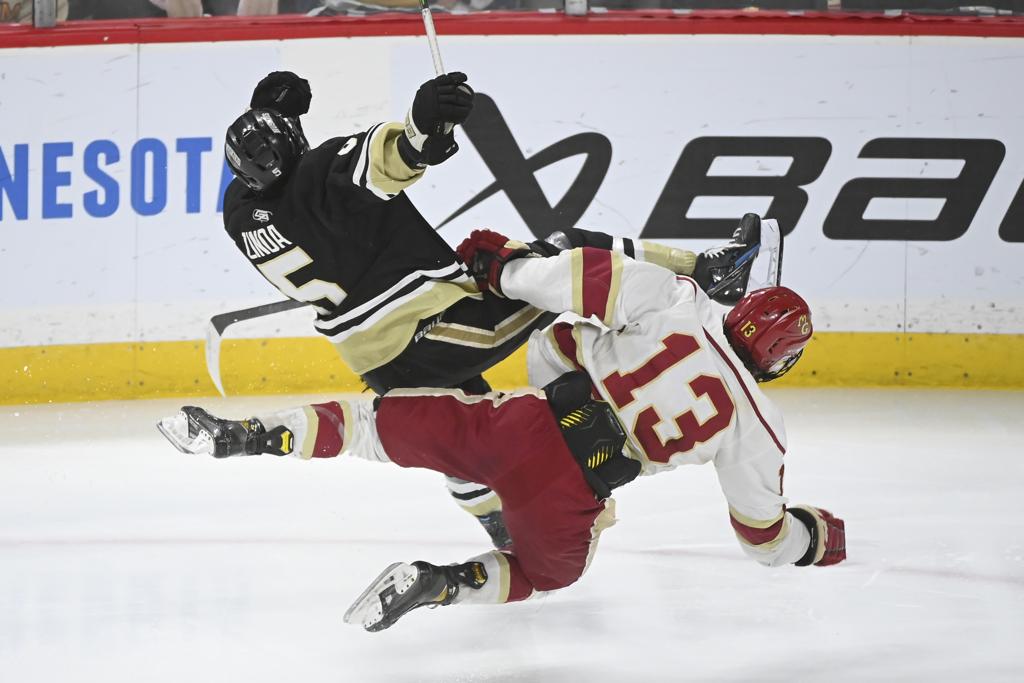 Andover made its boys' hockey state tournament debut in 2020 as a No. 1 seed and was promptly upset by St. Thomas Academy in the quarterfinals.

That team was special, Andover coach Mark Manney said last week.
“Our kids now take the attitude that getting to the state tournament isn’t good enough,” Manney said. “We’ve done that before. Now it’s time to go down there and make some noise.”

Well, this year the Huskies showed how loudly they can bark. As the fifth seed this time, they defeated conference rival Maple Grove 6-5 in double overtime to win their first state title in its third consecutive trip to state. Andover also beat Moorhead in double overtime and knocked off top-seeded Hill-Murray to advance.

“We are playing with house money, no doubt,” Manney said Saturday. “I don’t think the kids believe that.”

The players had a lot of confidence coming in, according to Andover senior defenseman Kyle Law.

“We knew that we could play with any of these teams,” Law said. “We just had played with a chip on our shoulder. We knew we could do it.”

The championship comes on the heels of the Andover girls’ second state title in three years. So what is it about Andover and its hockey?

“I think there’s a lot of community pride in Andover, in sports and just in the community as a whole,” Manney said.

Manney noted that there are hockey groups and people who’ve put in a lot of work over the past 10 to 15 years.

Near the top of that list is Bill Thoreson, one of Manney’s assistant coaches whose son Gavyn left his mark on the Andover program and this year’s state tournament. Bill Thoreson coached many of the varsity players when they were youngsters, which “gives him tremendous insight into them as humans that sometimes you don’t see as a coach,” Manney said.

Mark Cotter is the junior varsity coach for the Huskies and coached youth teams as well, and so has the father of Andover senior defenseman Weston Knox.

“They’re very good hockey guys,” Manney said. “And I think they got this group rolling.

“I think that’s where it starts is with a dedicated board … and then dedicated coaches who teach the right way. If you put enough of those things together, you can have great teams without great numbers.”