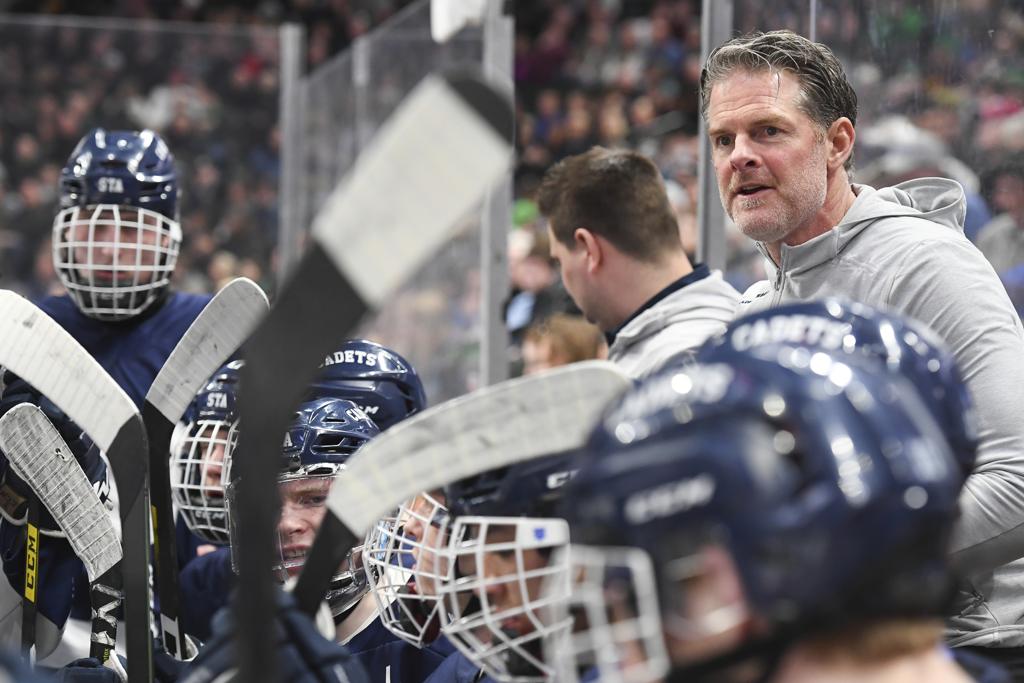 Trent Eigner said he was surprised to be told Monday he would not continue as St. Thomas Academy boys' hockey coach. AARON LAVINSKY, Star Tribune

Trent Eigner is out as boys' hockey coach at St. Thomas Academy after three seasons.

Eigner, perhaps best known for coaching Lakeville North to an undefeated season in 2014-15, said he was surprised to learn his contract wasn't being renewed during a Monday meeting with activities director Reed Hornung.

"I'm still kind of spinning," said Eigner, who has two sons enrolled at the Mendota Heights private school. "They wanted to go in a different direction and didn't feel I was a good fit."

His staff includes a likely applicant for the job: associate head coach Mike Randolph, who led Duluth East to the state tournament 18 times in 32 seasons  before he joined Eigner's staff for the 2021-22 season.

"I'm starting to think about whether I'm going to apply to be the head coach or not," he said Tuesday. "I think I am. When they post it, I'll probably apply."

Hornung did not detail the reasons for the decision to oust Eigner.

"We appreciate Trent and his staff for all of their hard work here at St. Thomas Academy and wish them all the best moving forward," he said by e-mail.

St. Thomas Academy won five Class 1A state championships and 11 section titles before opting up to compete against the larger schools in Class 2A.

"It's tough when you lose your top player to injury before the season starts and you don't get him back," Eigner said. "I kind of felt good about the way we developed into a team that could compete.

"I know there are high expectations at St. Thomas Academy. But if they are higher than what we did the past three seasons — that's a tough bar to reach."