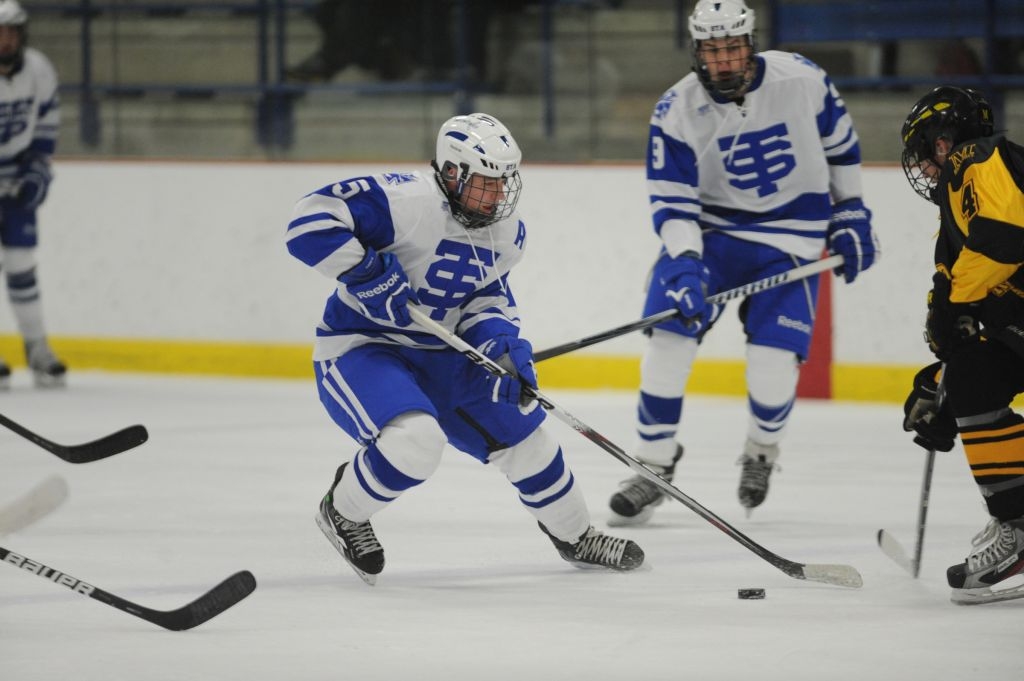 Every few days, Eric Schurhamer steps away from the commotion. The St. Thomas Academy defenseman heads to his bedroom, lies down and shuts his eyes.

"A whole different outlook on the game," he said.

Where does a hockey player learn the ins and outs of the age-old practice?

Not from a Zen master, but a North St. Paul native and former Stanley Cup winner Bret Hedican. Schurhamer was fortunate enough to speak with Hedican after last year's Class 1A state championship. Hedican's nephew, Grant Eichstadt, was a teammate of Schurhamer's.

The two-time Olympian told Schurhamer he had all the skills but could improve on the mental aspect of the game. He offered to work with Schurhamer, a 5-foot-11, 190-pound defenseman. Over the summer, they ran through some exercises together.

"I would say that was probably one of the biggest things that helped me as of today," Schurhamer said. "It kind of just turned my game around, and it gave me tons of confidence. I'm using it moving forward, and I'm using it every day when I skate."

The Cadets captain will run through on-ice situations while focusing on his breathing. He will visualize the game and carry it right onto the ice.

"Repetition is key, and it just strengthens your mind, and you really have no doubts when you get out there," he said. "You just do it without thinking about it."

Many people told Eric as he grew up that the offseason is one of the most important aspects of a hockey career, "so I took that seriously," he said.

Schurhamer has erased plenty of doubt over this past fall. His hard work at elite hockey camps in Vancouver, Washington and the locally run Minnesota Advancement Program has elevated him from being a good player to a budding star.

"He surprised me, he surprised the coaches," said his father, Tom Schurhamer.

Cadets coach Greg Vannelli said: "He improved significantly. Normally between junior and senior year, a lot of guys stay the same, but he continued to accelerate. He's faster. He's smarter."

With an added 20 pounds this off-season, he's stronger, too.

Schurhamer's skating ability often lets him beat the first forechecker before displaying his other puck-moving skills. He proved that during the Cadets' season opener against Duluth Marshall with a handful of end-to-end rushes.

"He's really developed some acceleration where he can blow by some guys with his speed," Vannelli said.

Schurhamer has made a verbal commitment to play college hockey at the University of Maine. The plan is to play a year of junior hockey, most likely in the United States Hockey League, and then join the Black Bears in 2013.

"They had him ranked really high," Vannelli said. "I think they got the right guy."