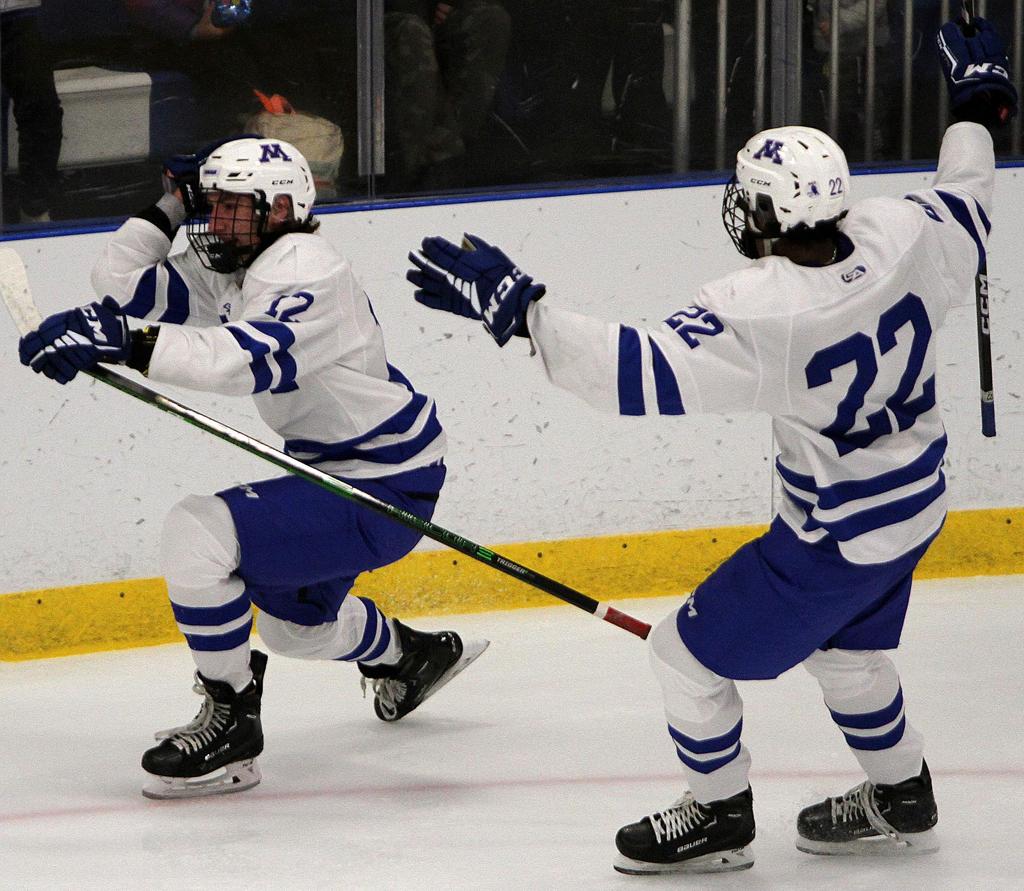 A lot of preseason buzz surrounds Minnetonka and what is expected to be an incredible amount of depth on this year’s squad.

Those praises played out over the weekend, as Minnetonka’s second line did the heavy lifting and helped burn defending state champion Andover for a convincing 4-1 victory that proved to be mostly one-way traffic.

If opposing teammates are intent to key in on Minnetonka’s flashy top line, Sheetz, Lunski and Schultz are content to make them pay. 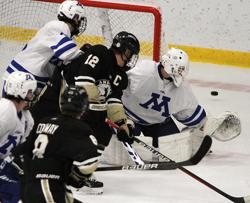 “All the way down the lineup with the forwards, we all work together well,” Schultz says. “We talk, we play hard, and when we get the puck low, they can’t stop us. It’s just about knowing where everyone is on the ice, and working from there.”

Andover struck first, scoring just 48 seconds in to stake an early lead they would take into the first intermission, despite being outshot 15-3.

After regrouping, Minnetonka came up with its answer.

“Our coach really talks about response mechanism, and that (was the message) in the locker room,” Lunski said. “We knew we had to respond, and we did. We got things going again.”

Confidence was there, it was just time to demonstrate it.

“Everyone in the locker room knows we are better than what we showed in the first period,” Schultz said. “We came out, and laid it on them.”

The Skippers broke the game open with a three-goal second period, keeping shots and pressure tilted in their favor. Andover was under constant pressure as Minnetonka moved up the ice quickly in vertical lines, while also dominating along the boards.

The three combined for the equalizer just 1 minute, 44 seconds into the second, then Lunski netted the eventual game-winner about five minutes later on a short-handed goal. The three combined again in the third period on a power-play goal for Lunski’s second of the night as the Skippers ran away with it.

The group demonstrated a sense of grit that proved to be contagious against the defending state champions.

“When we gave up that lead early, our guys were pretty salty about it, and I think it woke us up.” Minnetonka coach Sean Goldsworthy said. “It became about playing simple, and faster and harder. I think midway through the second period, we just kind of took the air out of them.” 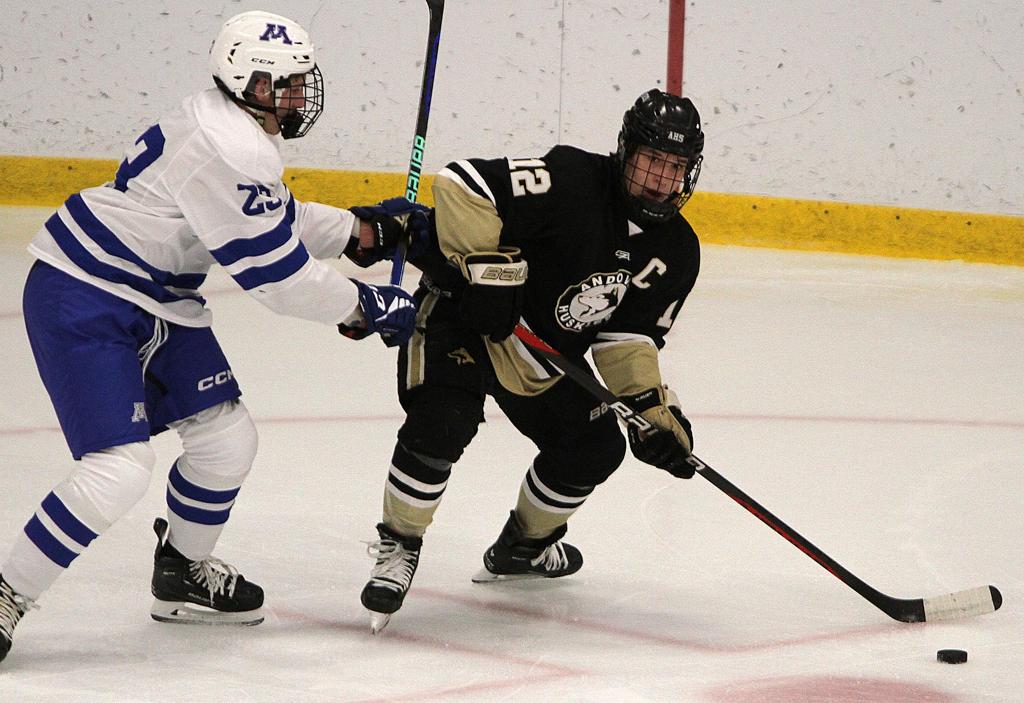 Andover (1-1) struck first and took a lead less than a minute in, but the rest of the story, and the game belonged entirely to Minnetonka, ranked No. 7 in the preseason coaches’ poll.

The knockout blow came with a three-goal second period that put the Skippers (2-0) on a firm victory footing they would only build upon.

The second line of Ashton Schultz, Alex Lunski and Sam Sheetz accounted for three goals and seven points. Lunski led everyone with two goals and an assist. 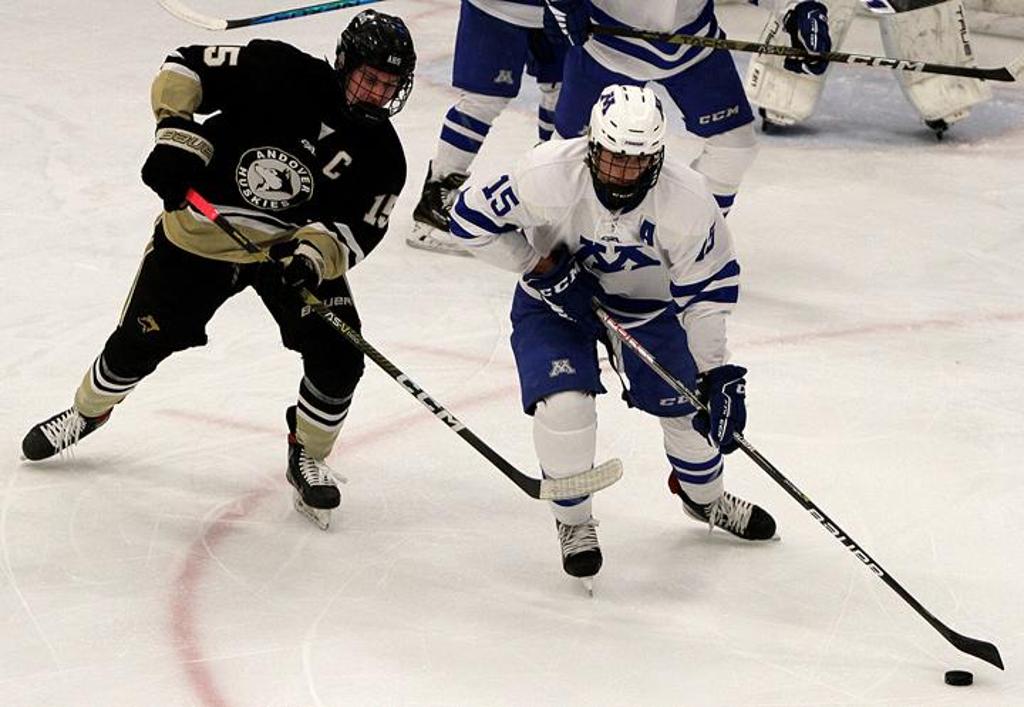