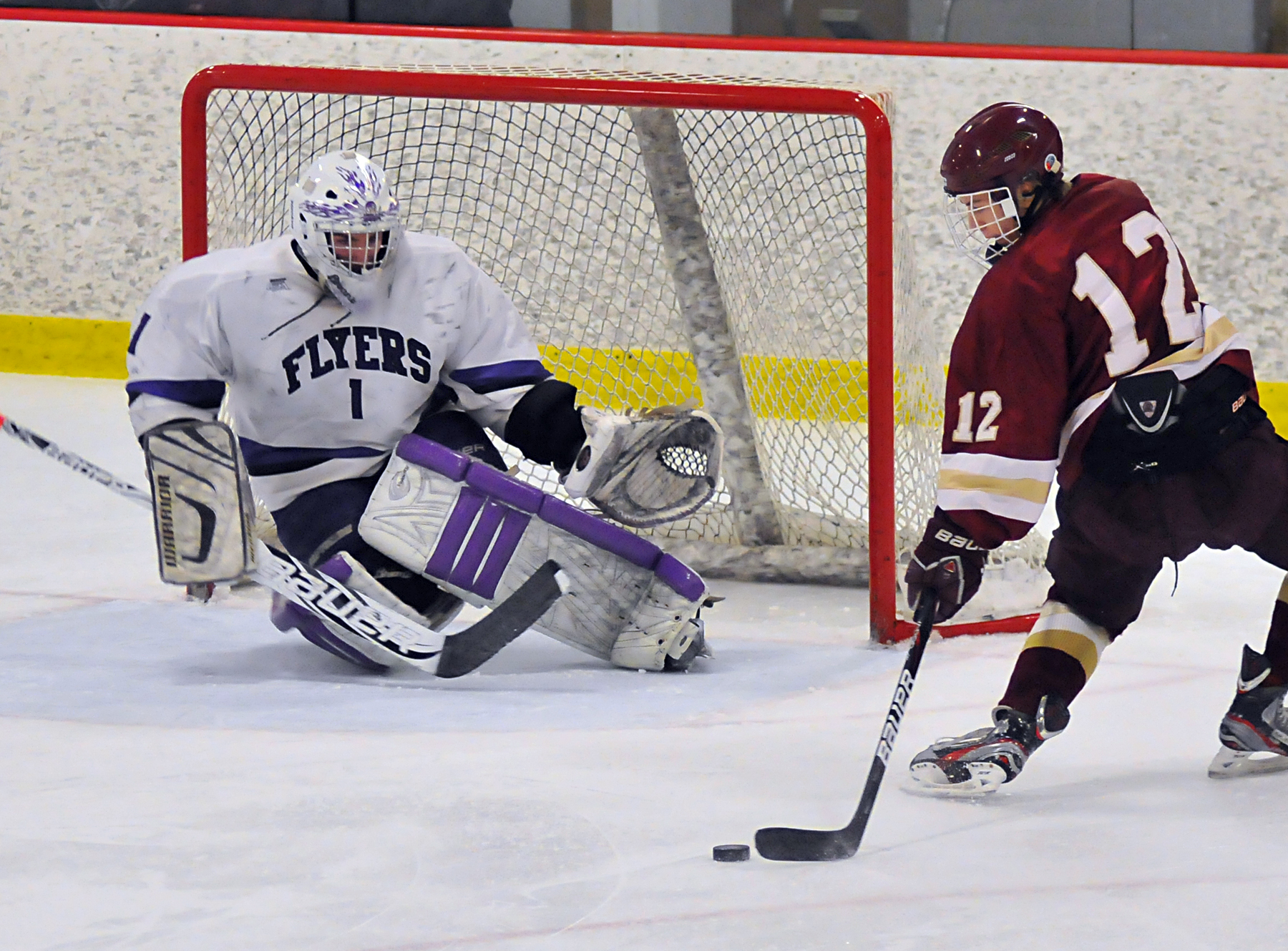 Ask any hockey fan about Little Falls and you’ll undoubtedly hear about offense.

Over the years – and thanks to high-scoring players such as Jared Festler, Beau and Ben Hanowski and others -- the scoreboard in Little Falls’ Exchange Arena has racked up numbers as if it were a pinball machine. The Flyers ran Minnesota high school hockey’s equivalent of the no-huddle, spread offense.

While those record-setting Flyers have graduated, Little Falls still can pump in goals as Friday night’s 7-1 victory over visiting Fergus Falls indicated. But even more important during the team’s 11-game winning streak is an overlooked defense.

Yes, Little Falls can dominate in its own end, as well.

“We try to take a lot of pride in (defense),” said Little Falls coach Tony Couture, who is in his 19th year. “We’ve been considered the run and gun team a couple of years ago. We’re not the run and gun team now. We don’t have any magicians out there. We’re just kind of a solid team.”

With Friday night’s game in running time early in the third – thanks to that dominant Flyers’ offense – defenseman Bill Rodning finally got Fergus Falls' on the board with a high shot from the point. It was an otherwise unremarkable goal except for one fact: it broke a scoreless streak for Little Falls goaltender Michael Stumpf and the Flyers of 185 minutes, 22 seconds.

Little Falls hadn't allowed a goal since Detroit Lakes' Kyle Hermann scored at 3:03 of the first period on Jan. 13 -- three games earlier. Stumpf and the Flyers had posted back-to-back shutouts against Sartell (4-0 on Jan. 19) and Mora (7-0 on Jan. 17). In their last seven games – all victories – the Flyers have allowed just three goals.

“Our D is the backbone of our team,” said Michael Stumpf, who is in his third year of starting on the varsity. “They’ve been holding us together for the past month and a half.

“Three goals in seven games is amazing – that’s not just me. That’s them keeping shots wide, them clearing rebounds, them getting the puck out of the zone.”

The Flyers rotate just four regular defensemen. Three are returning veterans – senior Mike Anez and juniors Matt Stumpf and Spencer Fenske. The other is a junior who stepped up from the JV squad this winter, Nate Adamietz. Although shy in quantity, the Flyers’ quartet has been strong in quality. They’re also happy to give plenty of credit to their goaltender.

“We’re confident that we have a good (goalie) back there, so we don’t have to worry,” said Anez, who is also in his third year of varsity hockey.

“With the defense and forwards, we work together as a team (defensively),” said Anez.

It wasn’t that way at the start of the season, however, as the Flyers lost six of their first nine games – all by a single goal. Ranked as high as No. 4 in Class A at the season’s start, Little Falls tumbled out of the top-10 rankings.

“I think we got caught up early in the year about where we were rated, who we were playing and how good we were,” said Couture. “Well, we found out real fast we weren’t that good.”

Stumpf admittedly struggled early on, but as Couture stated, it was not only his play that was off, but that of the whole team defensively. The junior goalie’s glove hand, normally one of his strengths, was shaky as he broke in a new catching glove.

“It was pretty rusty at the beginning of the year,” explained Stumpf, who is very aggressive in goal, almost playing as a third defenseman. “The (pucks) were coming out harder than they were going in.”

Yet since a 4-3 loss at Alexandria on Dec. 15 dropped it to 3-6-0, Little Falls has won 11 straight games and only allowed 10 goals. Four of the games have been shutouts.

“Chemistry is better,” said Stumpf. “Hard work has definitely improved. Our systems have gotten better – power play, penalty kill. Just the little things we needed to improve. We were in all those games against good teams, but we just came up short.” 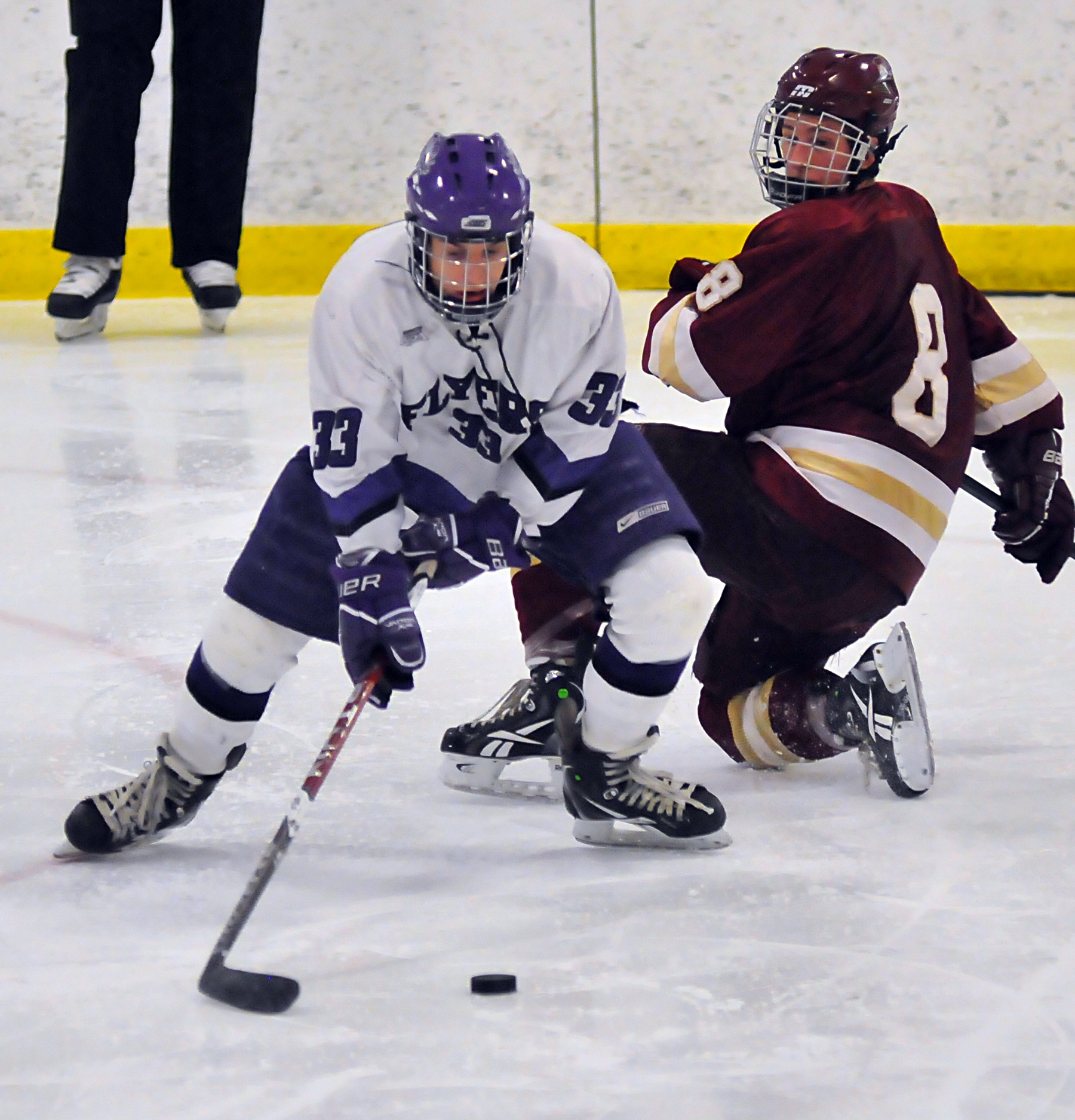 “We talked about getting our legs moving,” said longtime Flyers’ coach Tony Couture, who recently coached his 500th game at Little Falls. “We scored in bunches tonight. The key was in the second and third periods, scoring right off the drop. It put them on their heels.”

Host Little Falls broke open a close game with three goals in a span of 2 minutes, 7 seconds late in the second period and cruised to a 7-1 victory over Fergus Falls Friday, Jan. 27 at Exchange Arena.

Hanowski finished with two goals and an assist, while Luke Majerle added a goal and two assists.

Six other Flyers recorded two-point nights, including sophomore forward Mark Anez. Anez opened the scoring with 1 minute, 10 seconds remaining in the first period -- then ended the scoring with a goal 2 minutes, 55 seconds into the third.

Bill Rodning scored Fergus Falls' lone goal on a high shot from the point 1 minute, 25 seconds into the third period. That broke a scoreless streak for Little Falls goaltender Michael Stumpf and the Flyers of 185 minutes, 22 seconds.

Little Falls hadn't allowed a goal since Detroit Lakes' Kyle Hermann scored at 3:03 of the first period on Jan. 13 -- three games earlier. Stumpf and the Flyers had posted back-to-back shutouts against Sartell (4-0 on Jan. 19) and Mora (7-0 on Jan. 17).

Stumpf finished with 20 saves, while Ian Bjorgum had 19 saves in the first two periods and Korey Anderson finished off the third period with four saves for Fergus Falls (9-7-1).

1. Joey Hanowski, Little Falls
The senior forward led the way for the Flyers with two goals and an assist. His line -- which included Ben Newman and Luke Majerle -- was all over visiting Fergus Falls all game long, creating numerous scoring chances. Hanowski scored one of his signature "grinder" goals just 17 seconds into the second period off a huge scrum in front of the Otters' net. He somehow found the puck through all the traffic and stuffed it. His second goal was a sniper's goal, as Hanowski picked the low glove side corner as he drifted across the high slot.

2. Michael Stumpf, Little Falls
Stumpf made 20 saves, but several were terrific glove saves while the game was still in doubt. He was also fearless in net, wandering out of his crease to help his defensemen clear pucks from the zone. The goal he allowed ended his shutout streak of 185 minutes, 22 seconds.

3. Mark Anez and Mike Anez, Little Falls
The brother duo contributed both offensively and defensively. Mike, a senior defenseman, continued his solid play in his own defensive zone which has helped Little Falls post four shutouts in its past seven games. Mark, a sophomore forward, scored the first goal of the game and the last goal of the game for the Flyers. 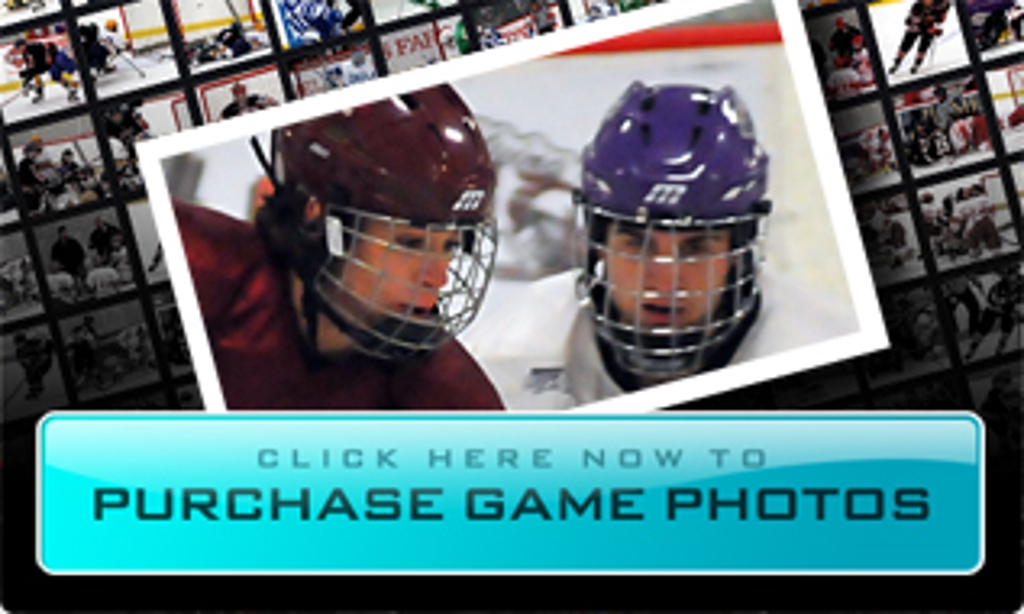