Benilde-St. Margaret's and Edina will square off in one of best quarterfinal pairings 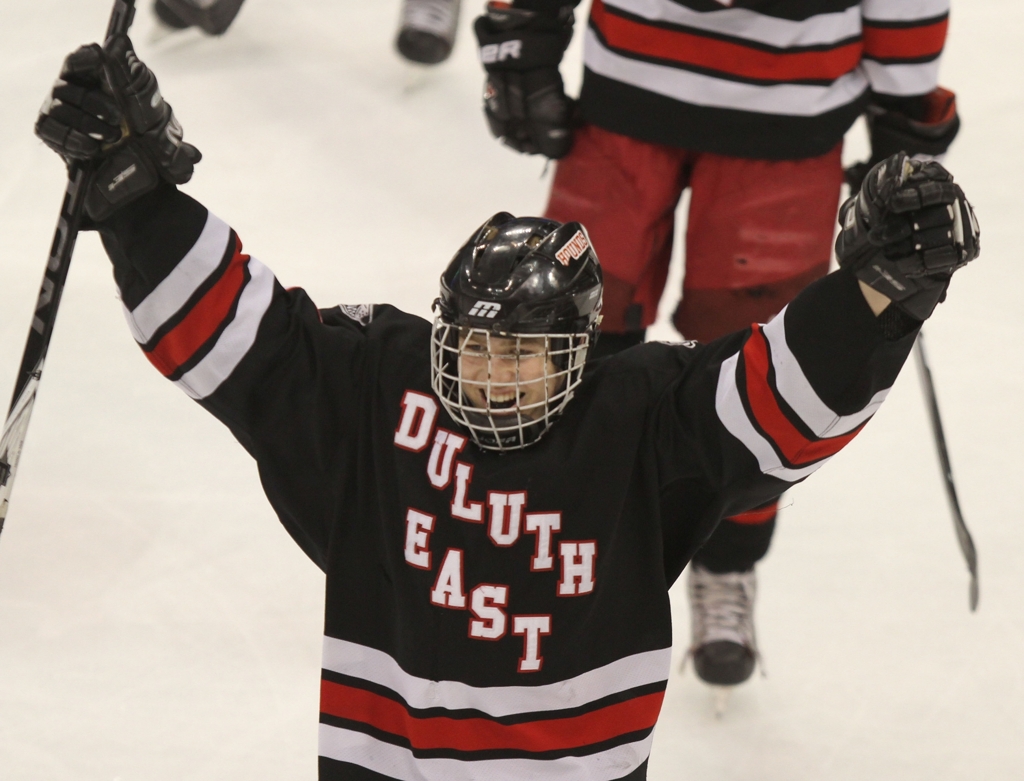 Guesses at which ones would earn a seed went unsolved, he said, a testament to the depth of the field.

The Minnesota State High School League announced the Class 1A and 2A brackets on Saturday. Top-ranked Duluth East received the No. 1 seed in Class 2A, followed by Maple Grove, Taylor's Wildcats and Edina. Their opponents were selected by blind draw.

The Class 2A state tournament begins Thursday morning at the Xcel Energy Center in St. Paul.

"All these teams are legit," Taylor said. "I think Thursday is going to have four great games."

Duluth East, which lost in three overtimes to Eden Prairie in last season's championship game, kicks off Thursday's evening session at 6 p.m. The Greyhounds are seeking their first state title since 1998. Meanwhile, their opponent, Lakeville South, is making its second appearance and has yet to score a goal in the tournament.

A handful of Edina residents play for Benilde-St. Margaret's, familiarity sure to provide extra juice for their meeting at 8 p.m.

The top two seeds in Class 1A are reversed from a year ago, when No. 1 defeated No. 2 in overtime in the championship game.

This year Hermantown (28-0) drew the top seed and St. Thomas Academy, winner in 2006, 2008 and last year, is the second seed. Placed in opposite brackets, they could conceivably meet again for the championship on Saturday.

Four other teams -- Rochester Lourdes, Breck, New Ulm and Thief River Falls -- are back for the second consecutive year. The others are Little Falls and Duluth Marshall.

Duluth Marshall earned the last spot Saturday afternoon with a 2-1 victory over Hibbing in the Section 7 final. It's the Hilltoppers' first state tournament trip since 2008.