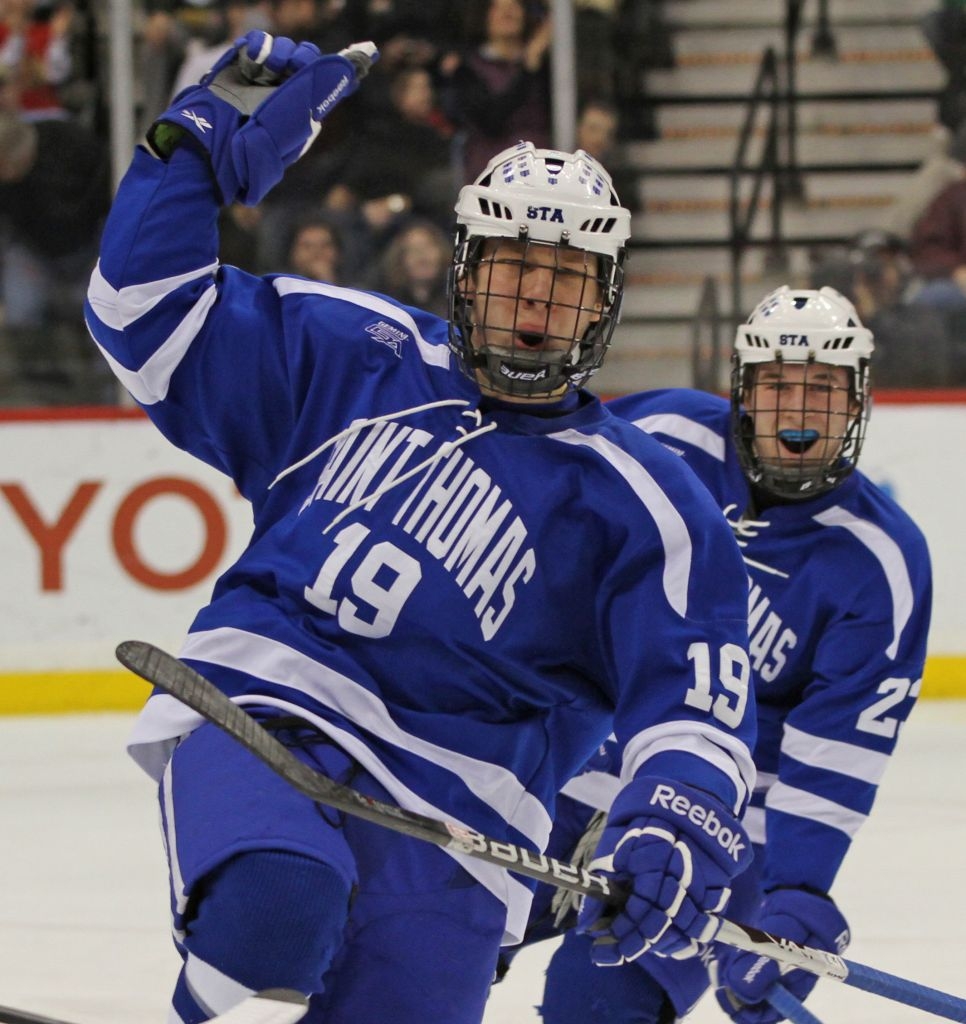 St. Thomas Academy's boys' hockey team repeated as Class 1A champions, but there could be no second helping without help from the second line.

St. Thomas Academy co-head coach Greg Vannelli acknowledged his team's depth but said it does not give him license to roll lines without regard for matchups.

And there are always tweaks to be made and roles to accept. Perry was moved up from the third line to the second for the state tournament. The group spent Friday's semifinal fighting with Breck's Iverson brothers, Keegan and Wesley, for position up and down the ice.

The reward came Saturday when they filled the scoresheet. Johnson, Perry and Sattler each scored their first goals of the tournament. Johnson finished with two goals but kept the line's accomplishments in perspective.

"All three of us are grinders, I'd say," Johnson said. "None of us are good with the puck, but we go hard to the net."

On a night when leading goal scorer Andrew Commers went without a goal, the Cadets found strength in reserve. Johnson finished second on the team with 22 goals this season. Perry and Sattler combined for 26 goals.

"We don't have the guy with 60 or 70 points," Vannelli said. "It's really spread out. The goals that are scored do come from different lines."

The Cadets (26-5) jumped out to a 2-0 lead after one period on goals from Perry and Johnson. They pulled away from Hermantown (30-1) in the second period with three goals, including ones from Johnson and Peter Krieger scored only 11 seconds apart. Sattler added a goal later in the period.

St. Thomas Academy beat Hermantown in the title game for the second consecutive season, after winning 5-4 in overtime last year. Hawks defenseman Jared Kolquist came away impressed with the Cadets each time.

"Basically it seems like the same team," Kolquist said. "They just reloaded and are just as strong if not stronger than last year's team."