Jablonski will get medal 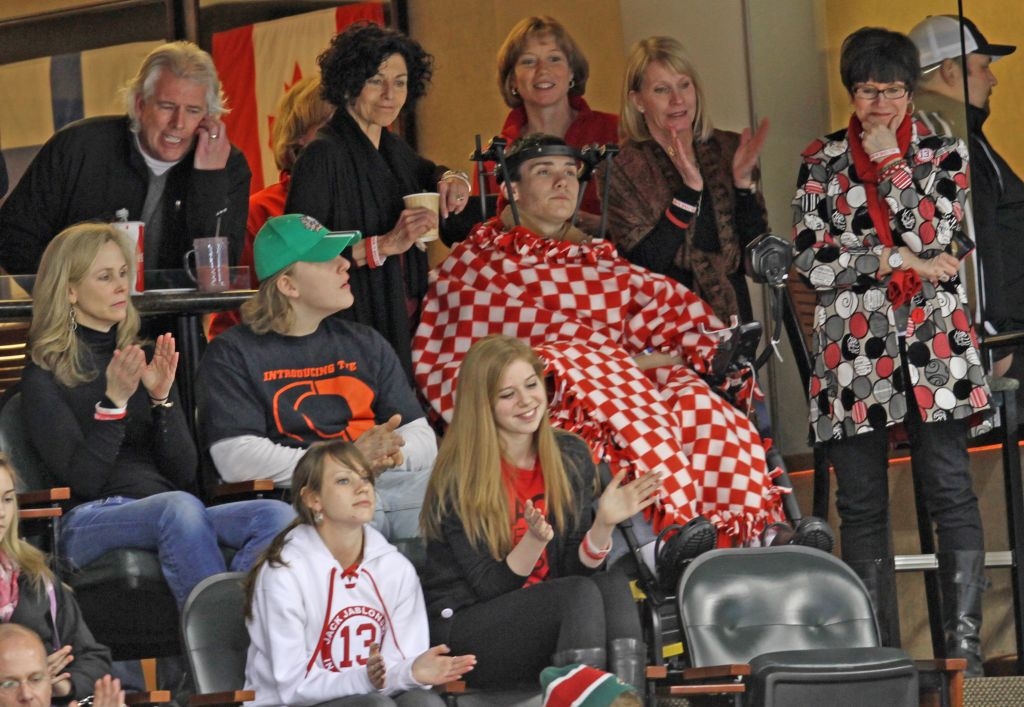 The story of the Benilde-St. Margaret's boys' hockey team ended in dramatic, storybook fashion Saturday when the Red Knights won the Class 2A state title at the end of an emotionally trying season during which teammate Jack Jablonski suffered a severe spinal cord injury.

The residual chatter about the game, however, hasn't been about Grant Besse's five-goal performance. It has instead circled back to the story of Jablonski, which has permeated so much of the season.

The big questions on the minds of many readers and hockey fans: Why wasn't Jablonski on the ice for the postgame awards ceremony? And why didn't he receive a championship medal Saturday?

Minnesota State High School League Executive Director Dave Stead issued a statement Monday acknowledging the league has been fielding questions about Jablonski. Stead noted that Jablonski was not part of the team's official roster and that "championship medals are awarded to each member of the team, team managers and coaches. A school can also request additional medals for players, and we accommodate all teams in all sports."

He also said the league's catastrophic injury insurance policy might have been jeopardized "if an accident of any type would have occurred."

Benilde-St. Margaret's coach Ken Pauly said Monday that he and the MSHSL worked well together on a plan during the tournament to have Jablonski be able to visit the team in the locker room before and after games. The notion of what might happen after a championship game, Pauly said, never came up -- partially because the idea of BSM, unseeded going into the tournament, winning it all would be a "big assumption," the coach said.

In retrospect, Pauly said, it would have been nice to have Jablonski be a part of the postgame ceremony at ice level in some form, but he was not specifically aware of the liability issues. It's a classic question of adhering to rules vs. bending them in certain circumstances.

"If you look at it, after the trophies were awarded -- and out of respect to [runner-up] Hill-Murray allow them to leave as a team -- I think it would have been a better plan to get him out there a little bit," Pauly said. "I think that would have been fun. And a lot of people stuck around to see him, and I feel for them."

It's hardly as though Jablonski was ignored, however. He watched the game from a suite, visited teammates in the locker room after the game and was given the state championship trophy to bring home. Pauly said Jablonski will receive a medal as well. And, the coach noted, the private moment in the locker room was plenty special to Pauly and the BSM players.

"Us having that private moment in the locker room at the end of the game was a chance to be back together as a team alone away from the cameras," Pauly said.