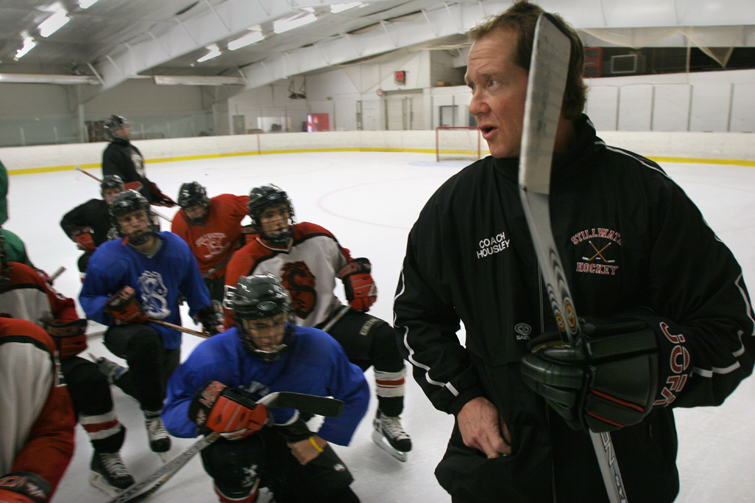 Stillwater head coach Phil Housley, a former South St. Paul High School standout who became one of the NHL’s highest scoring defensemen during his 21 seasons in the league, has been selected by USA Hockey to coach the U.S. national junior team at the 2013 World Championships in Ufa, Russia.
Ohio State coach Mark Osiecki, who starred at Burnsville High School, and University of Minnesota assistant Grant Potulny will serve under Housley as assistant coaches.
Housley was an assistant coach on the 2007 and 2011 U.S. junior teams that won bronze medals and was an assistant on the 2011 U.S. men’s national team.
"Having both played and coached internationally, Phil understands what it takes to be successful in a short tournament,” Jim Johannson, assistant executive director for hockey operations at USA Hockey, said in a news release. “He's also used to relating to players of this age group, which will certainly be beneficial."
Housley has coached at Stillwater for eight seasons. The Ponies went 13-12-2 last season. They lost to eventual state Class 2A runner-up Hill-Murray 4-0 in the Section 4AA semifinals.
"I'm honored to be asked to coach this team and look forward to the challenge," Housley said in the news release. "The depth of our player pool is as good as it has ever been, and I'm sure it will be a challenge to settle on which players will represent our country in Ufa."
Housley helped South St. Paul reach the 1980 and 1981 state tournaments, and he was selected in the first round (sixth overall) of the 1982 NHL Draft by the Buffalo Sabres.
Ranked No. 3 overall on the Hub’s list of the state’s top 100 high school players of all time, Housley remains the only Minnesota high school player ever to go straight from high school to the NHL.