Penalties likely to be undone 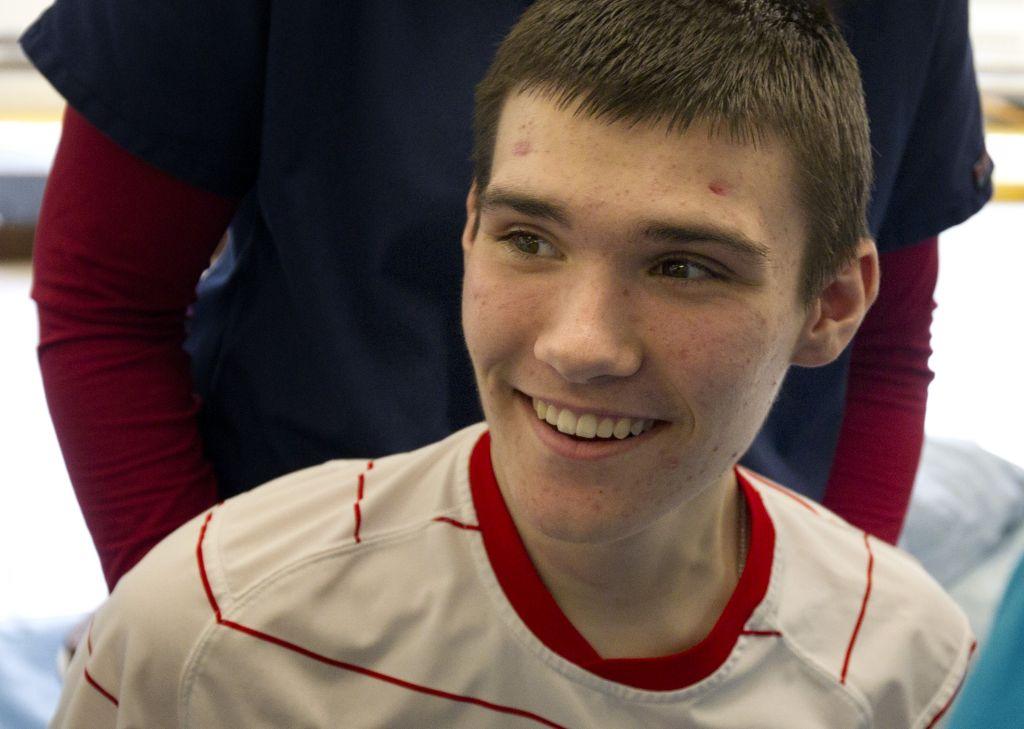 Minnesota Hockey's board of directors is expected to vote Sunday on a safety committee's recommendation to drop the tougher penalty structure, which added more minutes to penalties against players and teams, and go back to the previous one in which referees had the discretion to elevate the level of punishment.

The recommendation, affecting 40,000 youth hockey players statewide, undoes the unprecedented in-season change to toughen penalties after a paralyzing check from behind on Jack Jablonski of Benilde-St. Margaret's.

The push to undo the changes at the youth level apparently stems from concerns that the penalties take players off the ice for too long and hampers their ability to learn how to properly play the game.

In late January, amid vocal concerns about undisciplined hockey hits, Minnesota Hockey followed the Minnesota State High School League in cracking down. The youth organization elevated the penalty for checking from behind and boarding to five minutes against the team and 10 minutes against the player.

Now the committee, backed by a 5-1 vote, wants to return the team penalty to two minutes and restore discretion to referees on when to issue a more severe penalty that would banish players for additional time.

The change would not affect those penalties called at the high school level next season.

The planned vote also suggests that despite appearances of a unified hockey front after Jablonski's injury to rid the game of dangerous hits, not all agreed behind the scenes on how to do it.

"We weren't in agreement with the changes from the beginning,'' said Eric Olson, a safety committee member who also serves as the organization's director of officiating. "We felt there was a better way to handle it but we were outvoted."

The youth hockey group implemented the tougher penalties Jan. 25 and kept them in place through the end of the season, which for most teams ended about a month later. Minnesota Hockey planned to review them and appointed the committee. However, the recommendation comes with no supporting data and minimal input from district directors and association presidents, said Hal Terse, boys' hockey coach at Providence Academy and chair of Minnesota Hockey's safety committee. The organization oversees 160 youth associations.

"There seems to be more interest in bringing the game back to the rule book rather than making new rules," said Terse, who is not a voting member on the committee. He said he believed that the committee would not only endorse the five-minute penalties on a permanent basis but recommend applying them to hits to the head as well.

Brad Hewitt, the only member of the Minnesota Hockey safety committee who voted in favor of keeping the five-minute major penalties in place, said, "Checking from behind is so blatantly horrible you need to send a message that it will not be tolerated.''

Minnesota Hockey President Dave Margenau, who appointed the committee that made the recommendation, declined to comment. He said he did not want to influence the board's 27 voters.

When Minnesota Hockey announced its tougher penalties for checking from behind and boarding, Margenau sent a letter to all Minnesota Hockey members that called the changes "only part of what is needed to make hockey as safe as possible.''

The January change, made less than a month after Jablonski was injured in a JV game, meant that those called for checking from behind or boarding would receive five-minute major penalties, with another 10 minutes in the penalty box after the offender's team returns to full strength.

Olson said: "The level of play is much different between high school and youth hockey. The majority of our games don't have checking. And we have 2,500 officials, many of whom are new to the sport, and putting the responsibility of making those calls on them is a lot of pressure.

"At the youth level the purpose is getting kids as much as ice time as we can. When you throw two kids in the penalty box for a major penalty and misconduct, what have you really accomplished? It makes the game all about special teams."

Benilde-St. Margaret's boys' hockey coach Ken Pauly believes checking from behind should remain a major penalty. He called it "the most dangerous play in hockey and we should all be standing shoulder-to-shoulder on that one.''

Minnesota Hockey is not alone in considering changes to action taken in the wake of Jablonski's injury. Feedback from coaches and officials associations led the state high school league to since seek approval from the National Federation of High School Associations to change the penalty for head contact to a two-minute minor and 10-minute misconduct. The change would give officials more discretion to call a lesser penalty if the contact is inadvertent.

Terse said elevating the severity of the penalties in youth hockey "helped raise awareness. But will it help in the long term? Probably not. If we get too aggressive, a generation of kids will be afraid to go in the corners or play along the boards for fear of getting kicked out. I'd like to believe we have the ability to coach the kids to play more safely and empower the referees to call the game properly."