As we know, Minnesota High School Hockey is a passionate topic for Minnesotans and we are about to embark on another big season of hockey.  When thinking of why our communities are so resoundingly behind our young players one need look no further than our own memories as youth players, high school players, or fans.  It is the memories we cherish from playing and cheering together on those cold winter nights.

The game has seen its ebbs and flows as it weaves in and out with some of the best hockey players in the world at their respective ages competing.  Of late, the brand of high school hockey is improving each season and there are many factors that can be attributed to that.

The developing player has options with Minnesota High School Hockey and that includes the Fall Elite Leagues and Minnesota Hockey/USA Hockey Spring and Summer  advanced programs to challenge the upper echelon of players.  The High School Elite II League was developed to address the underclassmen to give them additional developmental opportunities and a chance to participate in more games.

In the past, the knock against high school players was they participated in 25 games.  If Herb Brooks were consulted, that would not be bad as the practice to game ratio was well over 2:1.  Needless to say, more game development became the need of the High School League as they now develop kids from September to March and a majority participates in over 50 games, many of which are against the top caliber of player.

Coupled with scrimmages and opportunities in Minnesota Hockey’s Advanced Festival process, the players developmental needs on and off the ice have been a resounding success and addressed at all levels.

From a fan’s perspective the competitive level of play on the ice continues to improve and the rivalries heat up each year.  Whether it is a long time cross-town rivalry or a newly budding one, the intensity can be felt at each turn in an arena.

The playoffs are designed as a one and out proposition and usher in a level of urgency that only a one game elimination tournament provides.  The Minnesota State High School Hockey Tournament is the crown jewel of high school sports.  Each season, new attendance records are set as high levels of excitement permeate throughout the .  For that memorable weekend the Minnesota High School Hockey Tournament is the envy of the hockey world.

There is no high school game covered as passionately or widely as high school hockey in .  The presence of the Emmy Award winning coverage from MyFoxHockey.com, the newly developed website MnHockeyHub.com and the expanded coverage from FSN have brought a level of interest to not only fans in the local Minnesota market, but those that are still tied to their local hometown hockey team.

The results on the ice cannot be denied and as The Hockey News own Josh Hamilton said, “’s success rate at producing NHL talent speaks for itself.  (High School hockey is key) as players can stay and home and play hockey at a high level.”  He is not alone in his sentiments as Trevor Timmins, Director of Player Recruitment and Development for the Montreal Canadiens said, “(’s) high school program is absolutely phenomenal in terms of talent and the players they are developing.”

A look at the numbers does not lie.  In 2008, no amateur league in the had more players chosen among the top 15 of North American players than the Minnesota State High School Hockey League.  Impressively in 2007, among US born players, no amateur league in the country had more first round picks.   Over those two drafts, nearly 40 players were drafted in the NHL Entry Draft.   That is the elite of elite and the connection numbers are even more impressive at the College and Junior levels.

2007 was a banner year for Patrick White () and Ryan McDonagh (CDH) as they were chosen to compete for the 2007 US National Under 18 team.  Seven High School players were chosen for the Under-18 Select team, the most of any state in the country.  Finally, 6 High School players were selected to play for the Under 17-Select team, again the most in the country.

There has always been the temptation for parents and key decision makers of players to find the right fit for their player, or move on to the next level.  As the great late Herb Brooks said, “Before you move on to another level, you better have finished everything you could possibly accomplish with your present team.  And even then, I would advise most kids to stay with your parents and develop with your childhood friends.  The greatest hockey experience of my life was playing in the State Tournament with the kids from my neighborhood.”  And he was the architect of the Miracle. 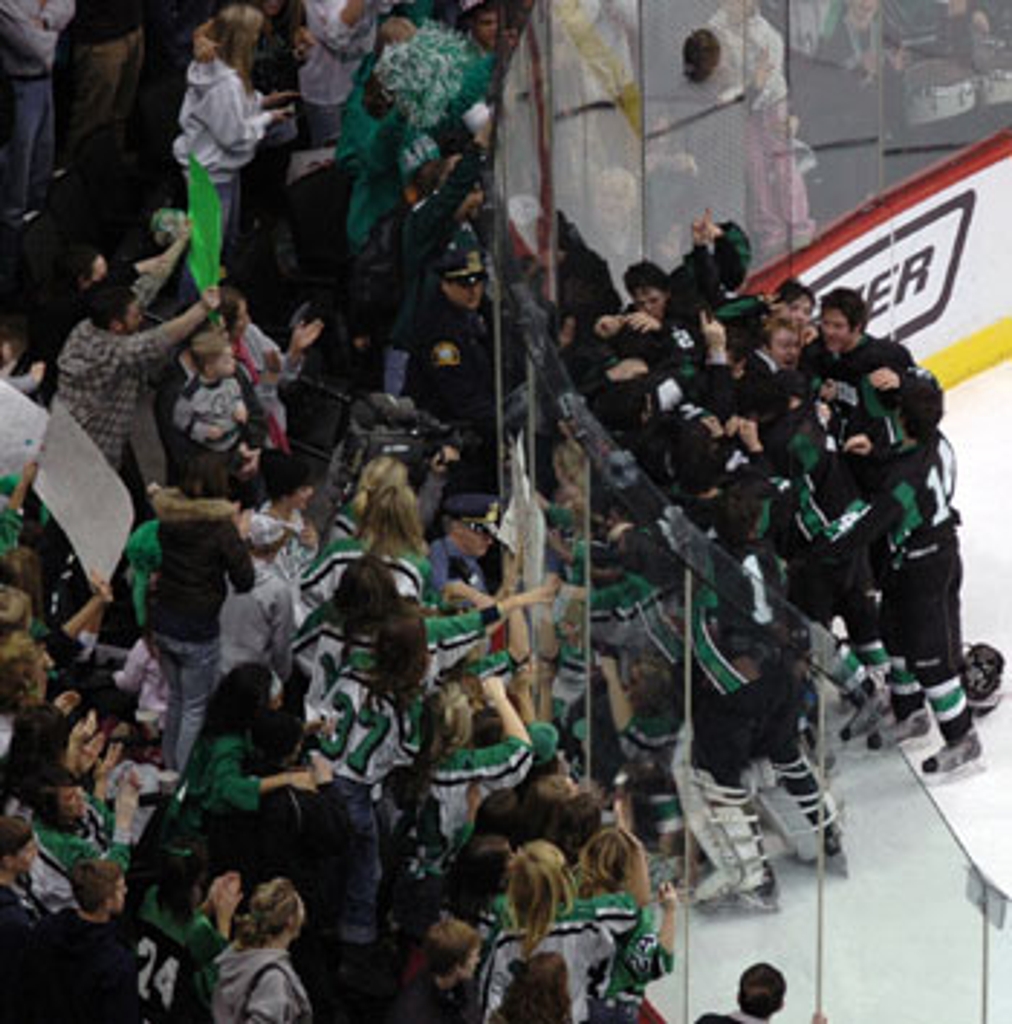