T-G senior  captain Dan DeLisle signed a letter of intent on Nov. 12 to commit to the UMD Bulldogs to play starting in the '09-'10 season.  Dan has had a very strong fall season playing in the Elite League, earning strong interest from many Division 1 colleges, including all the WCHA schools.

Dan's choice of UMD follows a family tradition for the DeLisle's.  His uncle Joe DeLisle was a 3-year letter winner at T-G and captain in '82-'83.  He went on to play for UMD and was captain of the Bulldog's as a senior.

Congratulations to Dan DeLisle and his family. 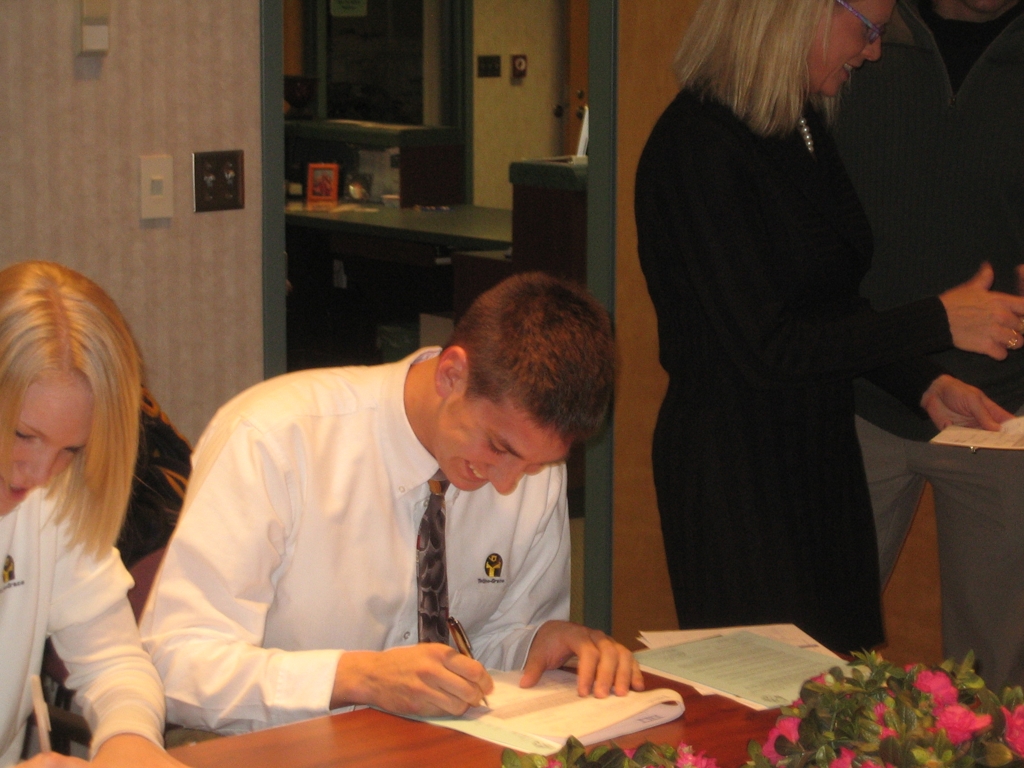