The Bloomington Jefferson Jaguars were not about to be burned two straight seasons by the Burnsville Blaze.  As is custom for these two teams, the rivals from the Lake Conference open the season at Bloomington Ice Garden.  The Jaguars prevailed by a score of 4-2 before a raucous bi-partisan crowd.

The Jags (1-0) have a talented team and were led by their key players as Tyler Dietzler and Joe Faust each had a goal and assist in the win.  After sprinting out to a 4-0 lead, Bloomington Jefferson watched as the Burnsville Blaze answered with a pair of third period goals.

Andy Pearson and Alec Wroblewski made things interesting as they scored goals 1:26 apart with over 9 minutes remaining in the game.

Casey O'connor made 15 saves for Jefferson while Aaron Schlink was worked for 40 shots and made 36 saves for the Blaze (0-1).  It doesn't get any easier for Burnsville as they will face off Tuesday night with the #4 ranked Hill Murray Pioneers.  The  #10 ranked Jaguars will take on the Rosemount Irish Tuesday in Lake Conference action. 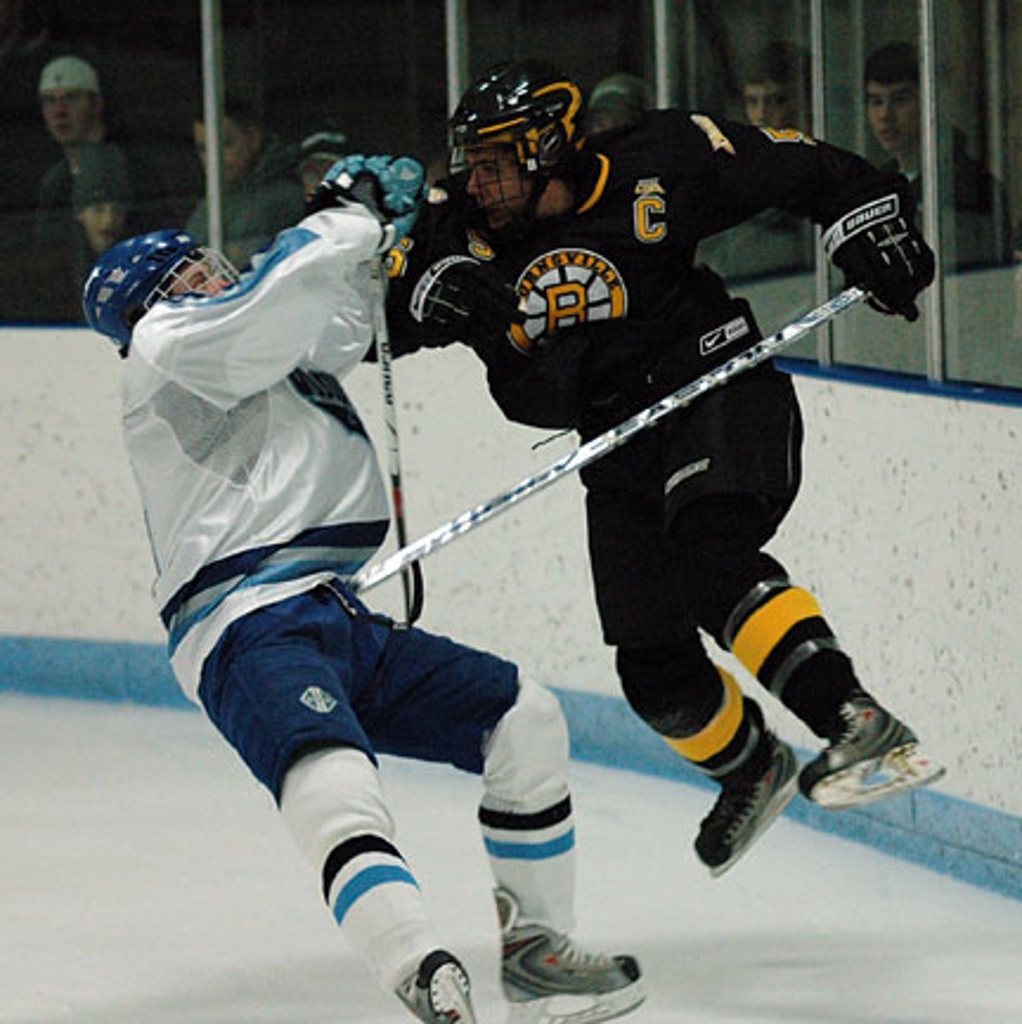