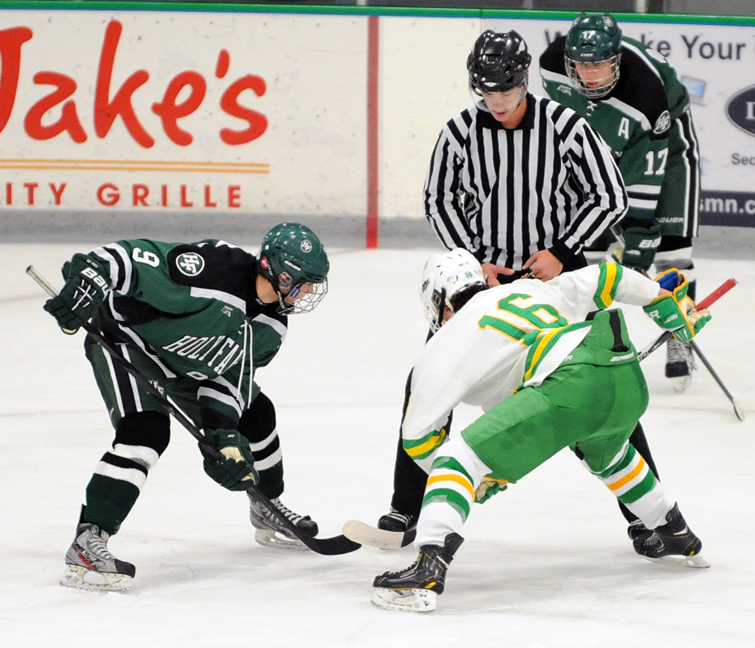 Tryouts were supposed to be complete at Edina. The Hornets, presumably, had assembled their team.
Not true.
Tweaks and adjustments are ongoing, with one major role still up for grabs.
Auditions for the right wing on the forward line alongside center Connor Hurley and left wing Dylan Malmquist were held on Friday, Nov. 23, at the Plymouth Ice Center.
Playing alongside the irrepressible duo of Hurley and Malmquist (they combined for 107 points last season) is akin to the role bread plays in a peanut butter and jelly sandwich – vital but often underappreciated.
“You don’t have to be too bright to figure out you keep those two together and find somebody to play with them,” Edina coach Curt Giles said.
Junior Tyler Nanne got the start at right wing on the Hornets’ top line, but Giles’ rotated a series of wingers into that spot. Senior Bo Brauer, a standout in the Upper Midwest High School Elite Hockey League this fall, was among those who saw time there as well.
“It only makes sense to keep those two together, they have such a good chemistry,” Giles said. “We’ve just got to figure out that third guy for them. Actually, we’ve got to figure out chemistry with everybody.” 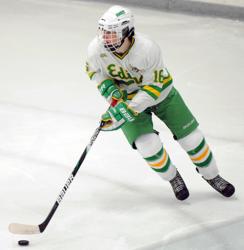 All the experimentation did little to slow the No. 2-ranked Hornets, who opened their season with a 7-2 thumping of Holy Family Catholic in the semifinals of the annual Wayzata Turkey Trot tournament.
Strangely, it wasn’t Hurley or Malmquist, or any of their linemates, or any Edina forward for that matter, who emerged as the offensive lynchpin against the Fire. Hurley and Malmquist each had a goal and an assist, but it was senior defenseman Matt Nelson, who scored four goals all last season, who stole the spotlight by scoring twice in the Hornets’ season opener.
Maybe he should take a turn alongside Hurley and Malmquist.
“He can really shoot the puck,” Giles said. “The key to the whole thing for Matty is to get it on the net. The expectation for him is, he puts that thing on the net, something good is going to happen.”
Nelson’s outburst aside, it will be Hurley, a junior who spent much of the fall playing for the U.S. National Under-18 team based out of Ann Arbor, Mich., who serves as the Hornets’ catalyst. Malmquist will be right there beside him.
“We had a pretty good year last year,” said Hurley, a highly coveted college and pro prospect said about Malmquist. “I’ve been working with him in private lessons and stuff, trying to get our mojo back together. It’s going pretty good.
“High school hockey in Minnesota, I love playing it.”
Hurley said he enjoyed matching up against Holy Family Catholic’s talented young lineup, most notably sophomore center Shane Gersich. Hurley and Gersich were teammates on the Elite League’s Team Southwest this fall, and they exchanged some good-natured comments during faceoffs.
“It was really fun going against him,” Hurley said. “I’m paying attention to him whenever he is on the ice. You kind of have to. He is really good.” 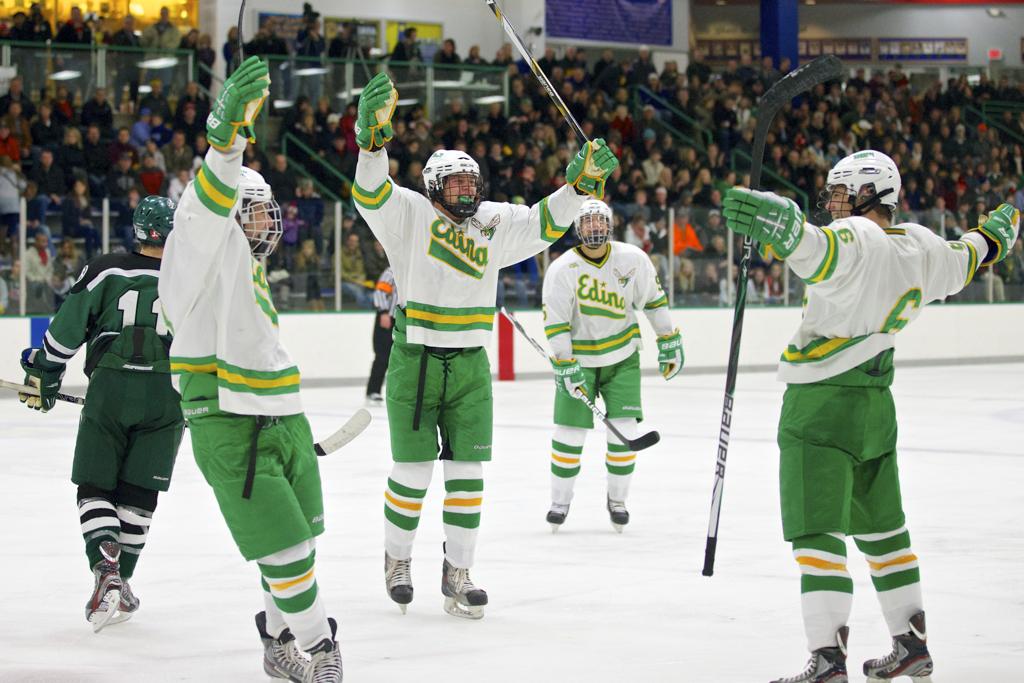 Senior defenseman Matt Nelson scored two power-play goals in the third period to help propel No. 2-ranked Edina past Holy Family Catholic 7-2 in the semifinals of the Wayzata Turkey Trot  Tournament on Friday, Nov. 23 at Plymouth Ice Center in the season opener for both teams.

Nelson’s goals were part of a four-goal Edina outburst in the third period, and three of the goals came with the Hornets on the power play.
Sophmore John Peterson scored with 5:51 left in the second period to pull the Fire to within 3-2 heading into the third.
The game turned on a 5-minute head contact major called on Holy Family Catholic’s Jake Dickison with 42 seconds left in the second period.
Sophomore Dylan Malmquist and Nelson each scored on the Dickison penalty as the Hornets showcased their depth with multiple effective power-play units.
Cullen Raasch, Connor Hurley and Matt Masterman also scored for Edina, which returns most of its top players from last season’s team that lost to Benilde-St. Margaret’s 3-2 in the quarterfinals of the state Class 2A tournament.
Junior defenseman Ryan Swanson also scored for Holy Family Catholic.
Fire goaltender Derek LaCombe, a junior transfer from Eden Prairie, made 48 saves. Edina senior Willie Benjamin stopped 20 shots. 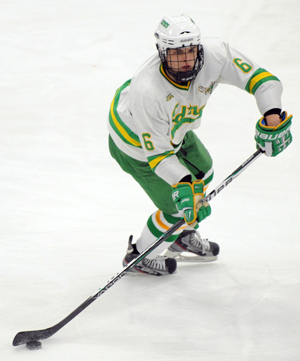 1. Matt Nelson, Edina
The senior defenseman scored on a rising snapshot from the right point, a wicked 35-footer that kicked the water bottle off the back of the net. On a snap shot! Nelson, who has committed to play at Princeton, scored again in the third period, putting him well on his way to eclipsing last season’s goal total of three.
2. Connor Hurley, Edina
The junior scored a goal, notched an assist, won more than his share of face offs and was a puck-moving machine while playing alongside longtime sidekick Dylan Malmquist on a highly effective forward line.
3. Shane Gersich, Holy Family Catholic
The sophomore center had just one assist but showcased his jaw-dropping speed on several rushes that resulted in scoring chances. 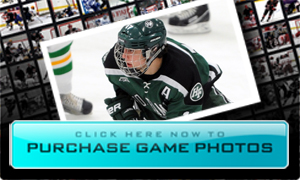