Not a bad start 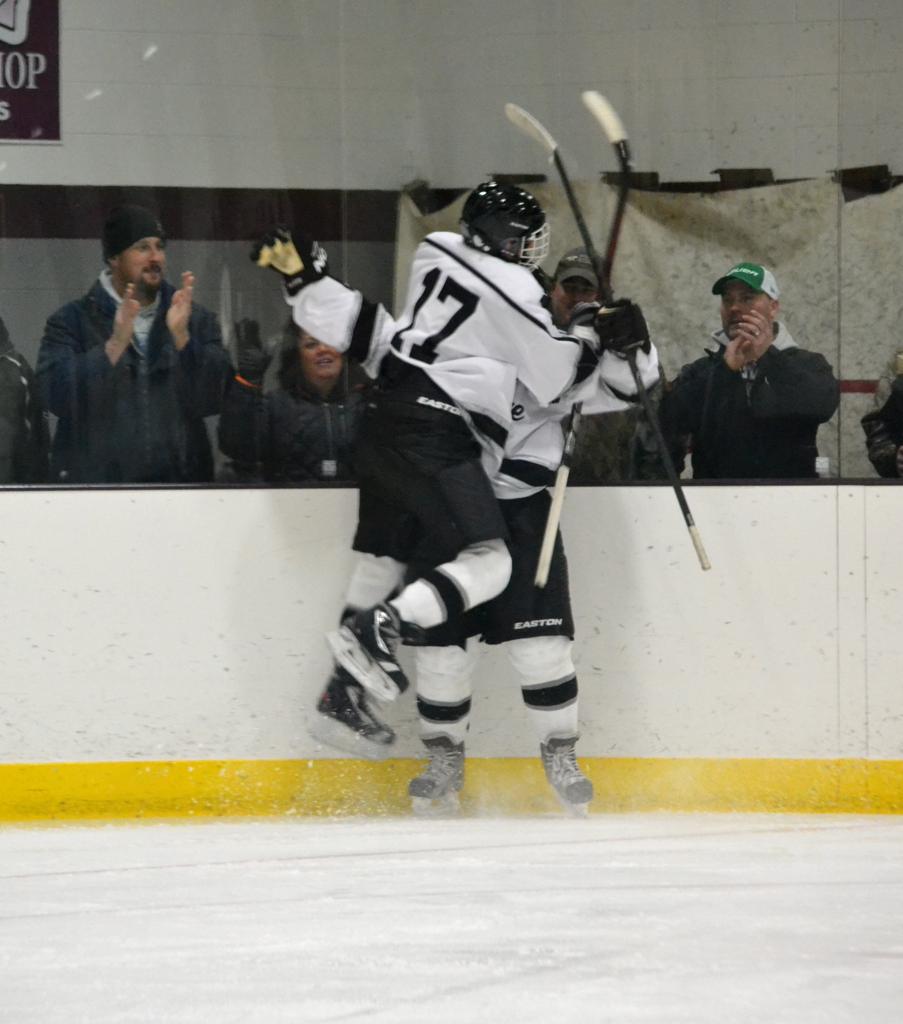 High school sports tend to evoke a certain kind of pride, especially in smaller communities. For hockey players in Silver Bay and Two Harbors, that pride was hashed out annually on the rink, ending with one team or the other skating off with a win and bragging rights until the next clash on Lake Superior’s North Shore.

But over the summer, the two hockey programs merged, creating one program – North Shore – meaning that instead of competing for bragging rights against each other, the two communities would be going to work every night next to former hated rivals in search of wins and on-ice success.

“[The rivalry between Two Harbors and Silver Bay] was huge,” said North Shore co-head coach Steve Wasko, who was the bench boss at Two Harbors last winter. “We called it the Lake County Battle, and there was always talk that if you were going to win one game all year, it had to be against Silver Bay or Two Harbors. That’s how years were gauged.”

Because of that mutual feeling of disdain, Wasko and fellow co-head coach Shawn Bartlette – who was the coach at Silver Bay last year – figured they might have some small issues with the players and communities embracing the idea of coming together as one.

But, as it turns out, that wasn’t the case.

“This summer, when we found out we were merging, we got together with the kids midway up the shore and kind of had a meet and greet,” Wasko said. “We talked about what we have to look forward to. There was no tension between the kids, and they really kind of meshed and hit it off right away. It’s two different personality from one community to the other, and its really seemed to work.”

After getting to know each other by skating in Silver Bay over the summer and engaging in off-ice activities as a team and coaching staff, the first real test of how well off the program is entering it’s first year of competition came on Tuesday, Nov. 27, in North Shore’s first ever game.

A packed house at Lake County Arena in Two Harbors had an anxious energy before the game, something the coaches and players shared. But as the game went on, the nerves cooled, and North Shore beat Proctor 4-1 for the program’s first win in its first ever contest.

“It feels tremendous,” Wasko said after the game. “Summer stuff, two weeks of practicing and watching all the kids come through and come together, it was fun to finally get in here and play. It was like waiting for Christmas.”

Wasko and company hopes that the first win is just one of many, and, with increased numbers to pull from in both the high school ranks and throughout the youth programs, that’s exactly what they anticipate.

“[Merging the two programs] is creating a completive edge, not only in games, but in practices, too,” Wasko said. “We’ve had kids in the past that didn’t have to work much at all [in the offseason], because who was going to take their spot? Now they have to work hard, and it’s something that’s new. The kids are jumping on board, they’ve really bought into what we’re trying to do and they are starting to play better because of it.”

Small got the scoring started 5 minutes, 51 seconds into the second period when he created a shorthanded breakaway and waited out Rails’ goalie Jacob Mercier just enough to slip a backhand shot inside the post.

Koehler netted his goal about 90 seconds later when his centering pass bounced off a Proctor player and over the line to give North Shore a 2-0 lead, and then Rowlee iced it with a pair of goals on either side of Proctors lone tally.

Brodie Nordquist was the lone scorer for the Rails (0-1-0).

North Shore goalie Zach Duresky turned away 32 of 33 shots on the night, making many saves through traffic or on odd-man rushes.

North Shore (1-0-0) – which hasn’t decided on a team nickname – will look to make it a perfect two-for-two when it battles Moose Lake on Saturday, Dec. 1, at Lake County Arena.

The Rails will take the ice in search of their first win on Thursday, Nov. 29, against Mora. The game opens the home schedule for Proctor.

1. Luke Small, North Shore
Small etched his name into the North Shore history books with the first goal in program history – a shorthanded marker in the second period that sparked a three-goal outburst by his team. He also added an assist, was a menace on the penalty kill and made smart, safe plays with the puck all night long.

2. Brad Rowlee, North Shore
Rowlee, a linemate of Small, was equally as dangerous as his teammate, netting a pair of goals. His first tally of the night was the best, as he used his speed to burn a Proctor defender wide, fought off sticks to hold onto the puck and beat Rails’ goalie Jacob Mercier five-hole with a quick shot from the bottom of the circle.

3. Zach Duresky, North Shore
Without Duresky’s play between the pipes, Small and Rowlee wouldn’t of been able to play the hero roles. Duresky was good all night, making save after save in all different situations. His best work was done on Proctor odd-man rushes, where he stopped a handful of breakaways and 2-on-1s to hold the Rails off the board when they easily could have racked up four or five goals against a goalie with less talent.