Eden Prairie dresses nine sophomores and one of them, David Rath notched a hat trick in leading his team to the impressive win. The Eagles have a balance of veteran leadership as well and it was senior Jordan Hoffman who added four assists to the ledger. Balance is the key to the Eagles as they have eleven players with four points or more on the season after four games.

The game's first goals were exchanged by each team as the Hawks struck first on Jake Erickson's goal at 1:26 of the first. Mattson Gravelle tied the game five minutes later in the first period. The 2-1 lead did not last long as the Hawks Brennan Van Straaten scored literally from the corner of the rink. A loose puck was rambling toward the EP net as goalie Andrew Ford raced out to poke check the puck. He got most of it but the puck found its way to the corner of the rink off the right side of the net. It was there that Van Straaten wheeled an fired toward the open net as Ford worked to get back. The Hawks led 2-1 with 6:03 remaining in the period.

That would be the last lead they would enjoy as the Eagles (4-0, 4-0) took control of the game. Goals by David Rath and Curt Rau allowed the Eagles to head to first intermission with a somewhat comfortable 3-2 lead. It was comfortable as the Eagles were winning battles in all three zones and moved the puck well against the Hawks (1-4, 1-3).

who scored three more in the third period. Their vaunted power play was held to 0-4 yet was impressive all night, especially with Leddy leading the rush. Chaska goalie Danny Krueser faced 44 shots and was under the gun the entire evening. Ford turned aside 12 shots for the Eagles in the win. 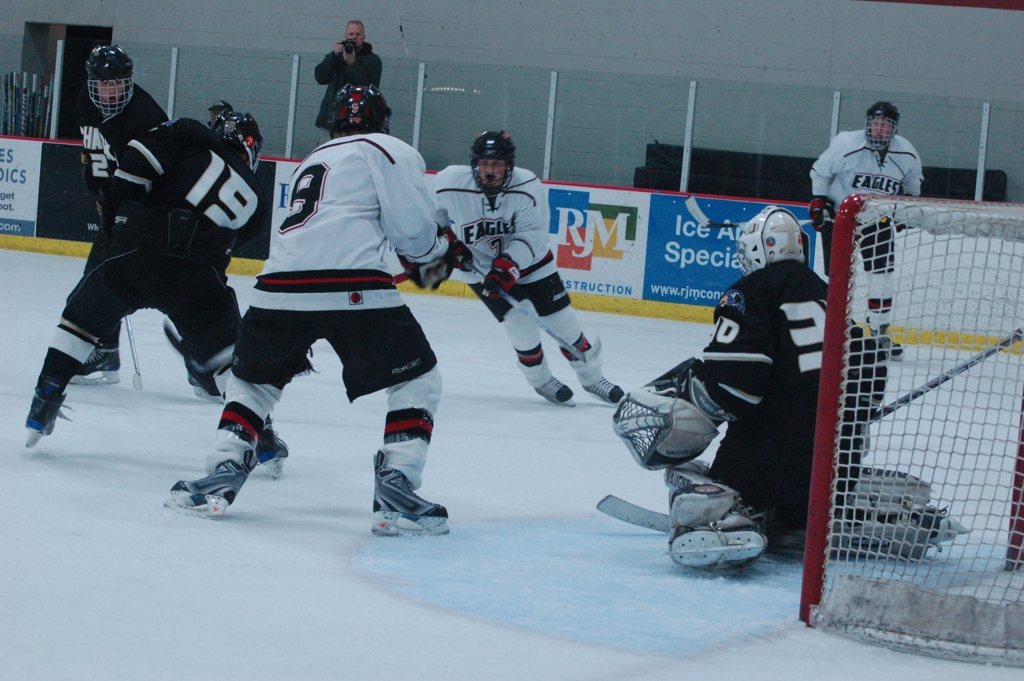