No. 7 Blaze scored early in all three periods in winning on No. 3 Eden Prairie's home ice 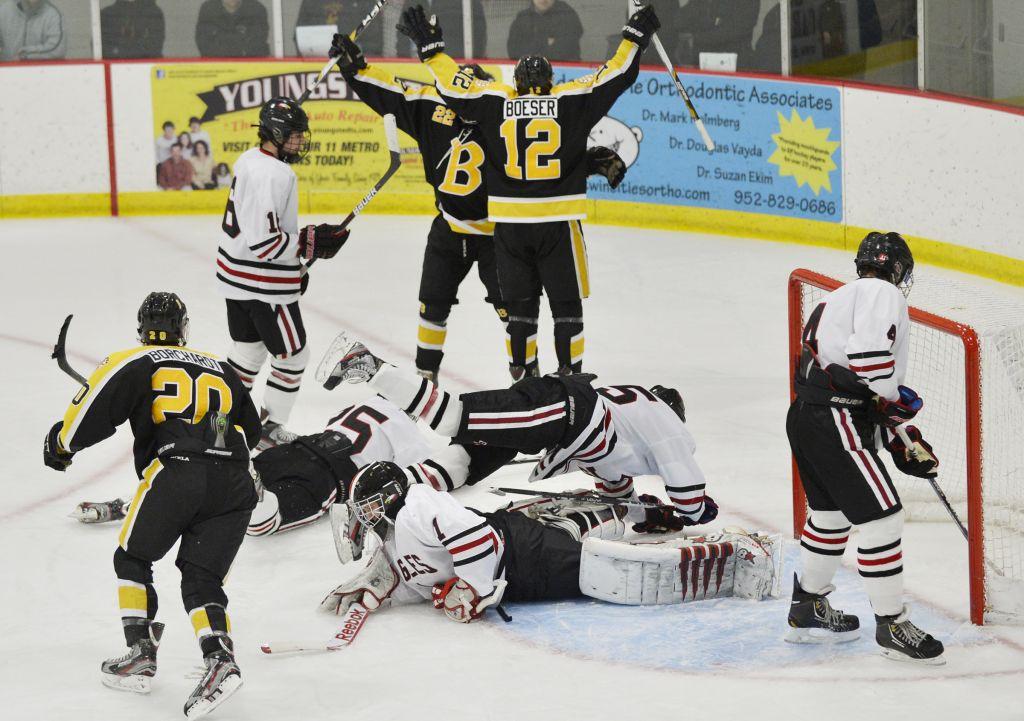 Cole Borchardt heard from hockey observers that his Burnsville hockey team would start slowly this season and be fortunate to win any of its first three games.

But quick goals in all three periods Tuesday at the Eden Prairie Community Center helped No. 7 Burnsville to a 5-2 victory against the third-ranked Eagles.

"We were supposed to get killed in this game," Borchardt said. "So to come into their house and beat them is great."

Borchardt scored just 17 seconds into the game for a 1-0 Burnsville lead. The Eagles evened things with less than three minutes to play in the first period on John Sullivan's goal, assisted by Tyler Leddy.

Sheehy had set up the first Blaze goal by blowing past Eden Prairie defenseman Luc Snuggerud near center ice and feeding a pass to Borchardt. But when Sheehy took a penalty later in the second period, Snuggerud found redemption.

Showcasing his offensive abilities with a length-of-the-ice rush, Snuggerud, a junior committed to Nebraska-Omaha, scored a power-play goal to tie the game 2-2. Borchardt restored a 3-2 Burnsville lead with a 5-on-3 power-play goal later in the second period.

"He's a great playmaker and always finds the puck somehow," Sheehy said. A third fast start extended the Blaze lead. Anthony Rikberg got loose behind the Eagles' defense and buried a shot to make the score 4-2 1 minute, 58 seconds into the third period.

"For whatever reason we didn't show up with a lot of jam right out of the locker room and they came out strong and put us on our heels every period," Eagles coach Lee Smith said.

With the victory, Burnsville evened its record at 1-1. Eden Prairie is 2-1.