Spartans put out the Fire in overtime

The St. Paul Academy and Summit School/Mounds Park Academy boys hockey squad took on the role of volunteer fire-fighters in the town of Victoria on Thursday evening, as the doused the hot Holy Family Fire in overtime.

Center Luc Bruggeman lofted the puck over the neutral zone to fellow junior wing Wyatt Wenzel, who flew past the HFC defense and shelved the puck over the glove of sophomore goaltender Matt LaPrade, who had 27 saves on the evening, at 5:25 of the overtime period to give the Spartans the victory.

The Spartans controlled much of the first period, but were only able to get one puck past the talented LaPrade, a slapshot blast from the point by junior defenseman James Trevathan.  In the second period, the lively crowd was treated to a re-kindling of the flame, as Holy Family came out hard, and took the game to the Spartans.  Brady Reisgraf scored just 53 seconds into the period to tie the score at one, where it remained until Wenzel's game winner.

Both the Spartans and Fire were scheduled to play games on Saturday, 20 December 2008, but poor weather has led to postponements of the Fire's game at Rochester Lourdes, and the Spartans game at Duluth Marshall.  The Spartans will return to action on 29 December 2008 at home against Minneapolis West in the second game of the holiday tournament hosted at Drake Arena from 29-31 December. 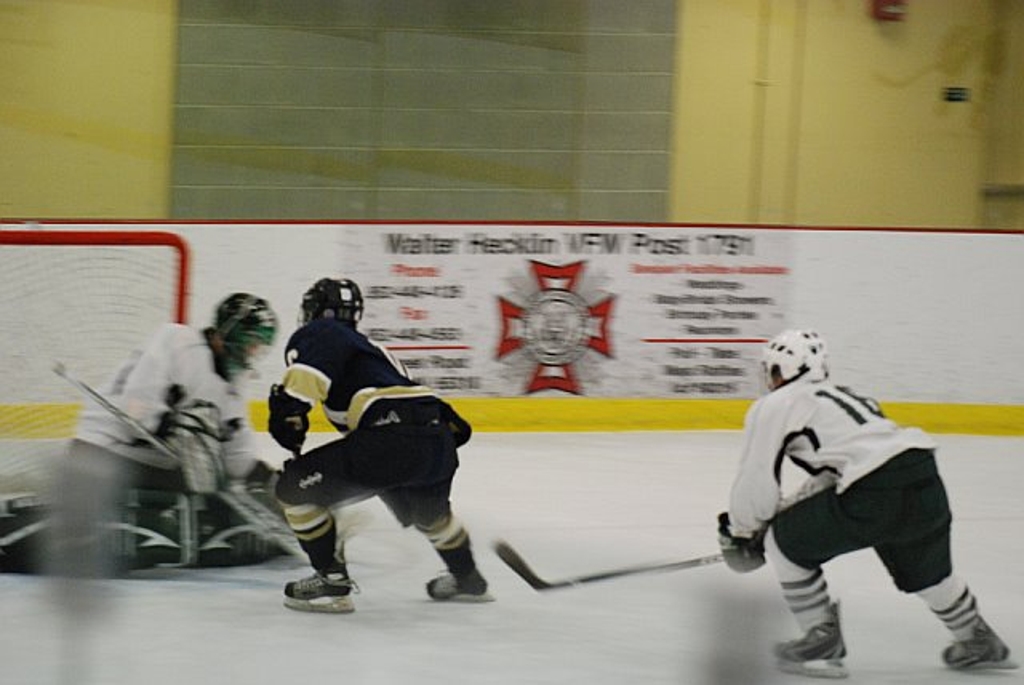