The Battle of Aldrich Highlights The Week Ahead: Dec. 22-28

26 of last 27 section champs have been Hill or White Bear Lake.

Aldrich Arena will be hopping Tuesday night for arguably the greatest rivalry between two Twin Cities programs – call it an early Christmas present for hockey fans.

Since 1981, one or the other of these two schools has represented their section at the state tournament, a string of 26 visits in 27 years (only Centennial’s 2004 titleist broke the streak). They have a heated rivalry befitting that dominance and both share Aldrich Arena has their home rink, meaning there is never a true road game in the series.

The Pioneers have had the leg up in recent seasons, winning the last three Section 4AA titles over the Bears each time. Last year, Hill-Murray went on to win its third state title and has the early nod as the favorites again after beating Edina 3-1 back on Dec. 6.

White Bear Lake started off the winter slowly, losing back-to-back games in the northwest (4-3 to Fargo South and 6-3 to Moorhead), but has been coming on strong behind sophomore sharpshooter Max Birkinbine, who has eight goals in eight games (8-3-11). The Bears are also well-balanced in scoring, though, with 14 players with at least one goal and 17 players who have scored at least one point. Chad Lowell (4-5-9), Mike Slator (3-5-8), Sam Swanson (5-2-7), Zach Hoffman (2-4-6) and Ryan Wolter (1-4-5) all have at least five points up front.

Senior Brent Putney (1-6-7) paces the blueliners with what coach Tim Sager calls “front line speed” and a great nose for the transition game. Sager believes goaltender Owen Collette is the key cog in a Bears’ playoff run and he’s responded thus far with a 1.84 GAA and .920 save percentage in six games 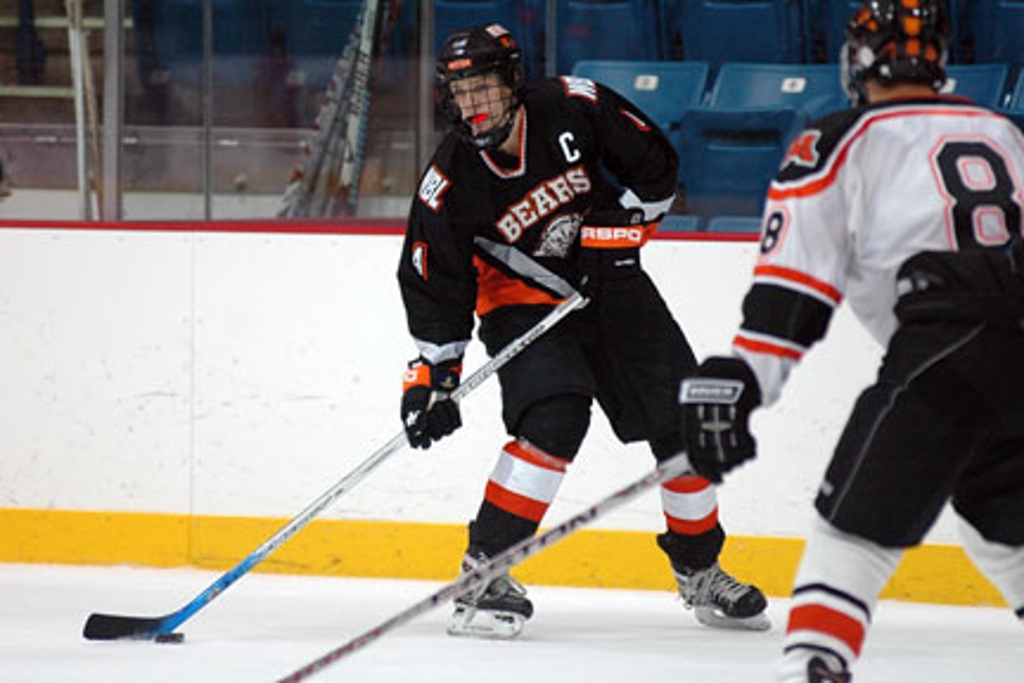