Eagles score 3 in the second period for the difference

The #8 Eden Prairie Eagles and the Minnetonka Skippers dueled at the Eden Prairie Community Center Tuesday night and it was the Eagles who prevailed by a score of 4-2.  After a scoreless first period, the Eagles and Skippers skated to the dressing room content with the score locked at two.

Eden Prairie head coach Lee Smith suggested the two teams didn't have the jump since they were both coming off losses over the weekend and said,  "It was like two heavyweight fighters slowly feeling each other out."  The packed arena had the same feel until Thomas Schutt scored his first of two goals on the game.  His goal came at 3:14 on the power play as he lurked off the slot and buried a shot to the low left corner of the net for the 1-0 lead.

Involved they got as they responded on a David Rath breakaway.  He was spotted off the bench as a penalty kill came to a close.  Mattson Gravelle found Rath with a long pass through the neutral zone as Rath spun and worked a breakaway on goalie Jim Kruger.  He fired it through the five hole to tie it at one.

It was the breakaway speed that was impressive as Rath said, "We work on our skating all the time, on ice and off ice."  Smith takes pride in his team's skating ability and said, "It is something we take pride in and want to be the best skating team in the state."

Later in the second period, Talyor Wolfe jammed home a beautiful feed across the goal mouth from Kyle Rau on the power play.  With Andrew Prochno off for an interesting tripping call, the Eagles won possession of the puck off the end boards as Rau made a nice move to find the wide open Wolfe for his 7th of the season.

A clean face-off win in the Skippers zone was sent back from Rath to Nick Leddy who one timed a bomb past Kruger for the 3-1 lead with just :11 remaining in the second period.  According to Rath, Skipper center Max Gardinder tried to take the top of his stick. He added, "I just got it out of there quick and pulled it back."

The Eagles did not stop there as they opened a 4-1 lead on Gravelle's 3rd of the season.  A big time play was turned in by Leddy who appeared pinned on the wall at the left hash marks in his own zone by two Skipper players.  He started to lose his balance, yet caught it and steamed through the neutral zone with what appeared to be a one on two.  He pulled up shop just inside the left blue-line forcing the Skipper defense to make a decision.  As he waited Gravelle streaked up the short side and Leddy threaded the needle through the slot.  All Gravelle needed to do was reach out and redirect the puck past Kruger.  It was highlight reel type of goal.

The Skippers (5-3-0) did not stop and kept at it and were rewarded as Andrew Prochno was not to be outdone by Leddy.  He wheeled around two Eagles in the neutral zone and fired a pass to Gardiner behind the net.  Seeing Schutt in the slot, Gardiner wasted no time in feeding the winger for his 2nd of the game and 4th of the season at 9:54 on the power play.

For the game the Skippers were 2-5 with the man advantage while the Eagles were 1-3.  Eagle goalie Andrew Ford was solid in making 21 saves while Kruger kicked aside 22 pucks for the Skippers.  The Eagles (7-1-0) face off with Bloomington Jefferson a week from Saturday while the Skippers have a rematch of last season's Schwan Cup final against the Hill Murray Pioneers on Monday of next week. 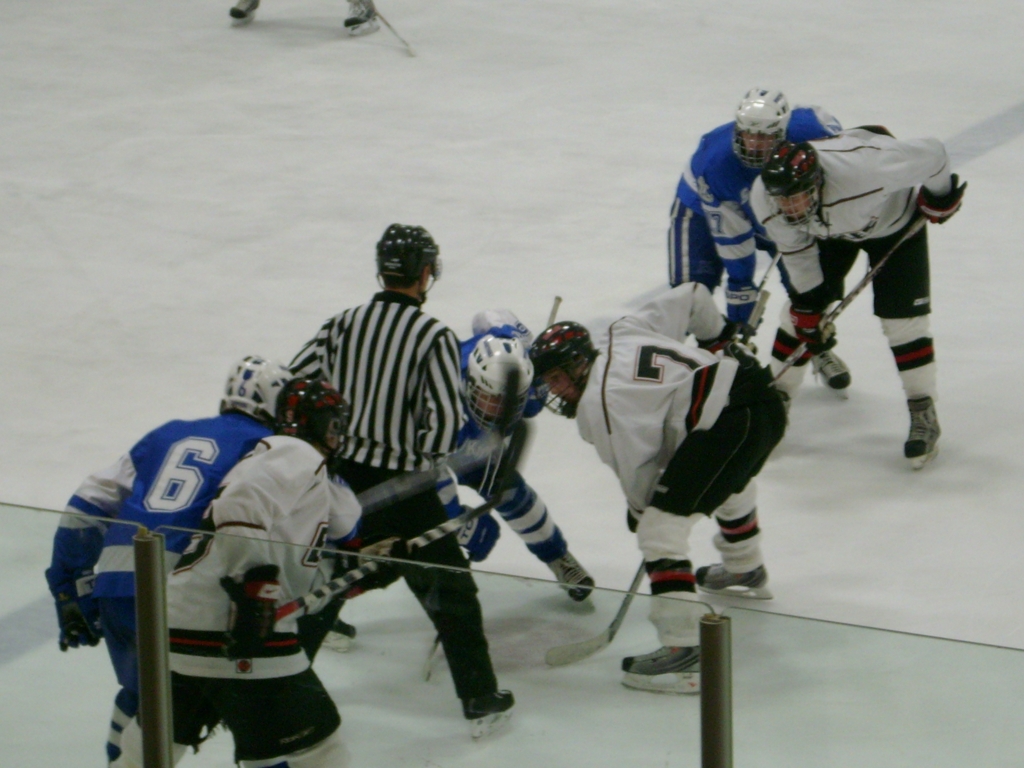