Hill-Murray's Zach LaValle gives his all to three sports and his fundraiser to fight breast cancer. 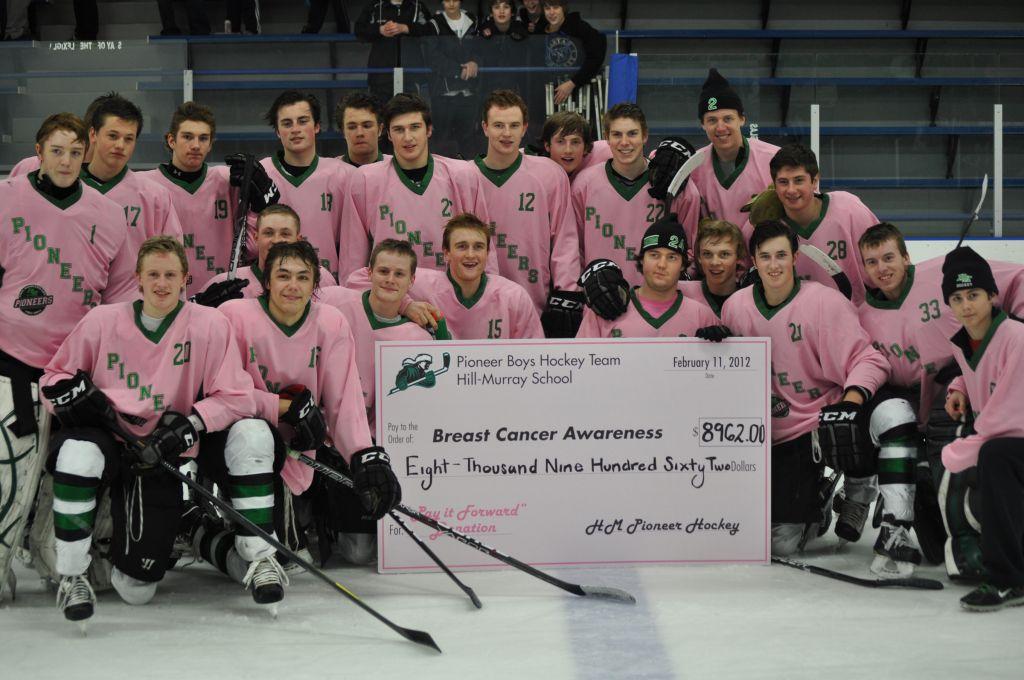 "He's still busting his butt in the corners and trying to make something happen," Lechner said. "It was like, 'Come on, get on my back.' We have to get two goals in 30 seconds and he's out there playing like it's overtime. That's just the way he's built and that's admirable."

LaValle, whose character puts him in the ''top percentile'' of players who Lechner has coached, has made the most of a rare five-year varsity run with one of the state's most tradition-rich programs.

Some teammates bring more flash. Others left high school early to pursue other hockey opportunities. But LaValle quietly has closed in on a milestone. His 163 career points are nine shy of breaking the program record.

In addition, LaValle quarterbacked the Pioneers to the Class 4A state football tournament the past two seasons and helped Lechner's baseball team go to state as a junior.

Giving of himself beyond sports, LaValle has organized a third annual fundraiser to help fight breast cancer. The event, to be held next Saturday, is before and during a game against Tartan. LaValle and his teammates raised more than $8,000 in each of the past two years.

While none of LaValle's family has dealt with breast cancer, he knows many friends who have not been so fortunate. That selflessness is part of what endears LaValle to Lechner.

"It's worth the involvement and the energy we give coaching because of kids like him," Lechner said.

LaValle is a three-sport star and a two-year member of the National Honor Society. His classmates voted him the "Senior Heartthrob."

But the lack of a college hockey opportunity gnaws at him. Two Division I programs have expressed interest in LaValle, but he remains envious of the 20 Minnesota players who have made verbal commitments.

"I wish there were more options on the table earlier," LaValle said. "I felt like I kind of missed out on that. Hopefully, I've just been overlooked a little bit."

His father, Mike, a 13-year assistant on the Augsburg men's hockey coaching staff, has encouraged his son to be more assertive in tough areas.

"He said that sometimes he sees me skating behind the net and says, 'You're not going to make plays there,'" Zach said. "He said, 'You're a big body and it's hard for guys to move you so get in front of the net.'"

A knee injury late in the football season hampered LaValle's start on skates. He said he now feels "95 percent" and has tallied 10 goals and 16 assists through 15 games.

Despite the injury, LaValle said he "wouldn't change anything" about his three-sport experience.