Benilde-St. Margaret's triumph over Shattuck-St. Mary's hailed as victory for all HS hockey 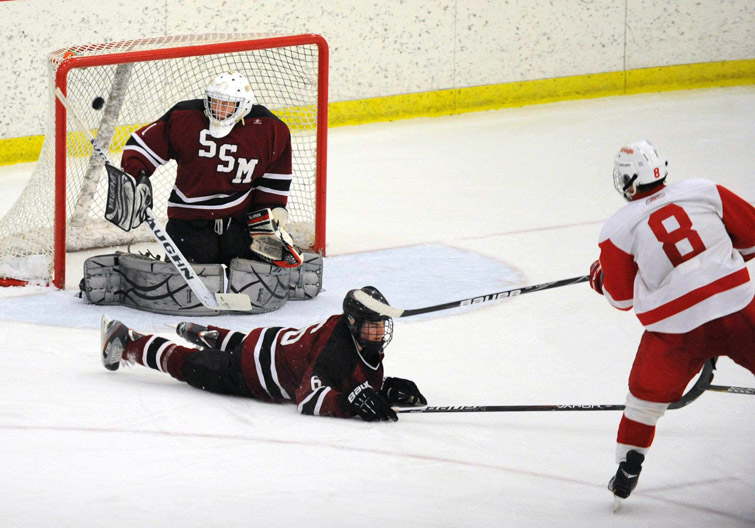 “We’ve played teams from all over the country and all over the world at our level, and these guys are as good as anybody we play all year long.”

Once a member of the Minnesota State High School League, the Sabres departed in 1992 to play a national schedule at the Midget AAA level and are the defending national champion.

They resumed playing MSHSL teams in 2001-02 on a sporadic basis and had gone 19-2-1 against the likes of Benilde-St. Margaret’s, Holy Angels, Breck and St. Thomas Academy entering this season.

The Sabres were 39-4-3 entering Wednesday’s game. Two of those losses came in the fall against Upper Midwest High School Elite Hockey League squads. 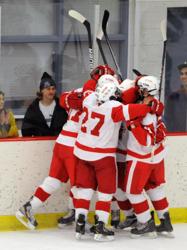 The significance of the win was fully noted by the Red Knights, who had lost eight of nine to Shattuck-St. Mary’s dating back to 2001-02.

“As Coach (Ken) Pauly said, it’s a win for all of Minnesota hockey tonight,” said Andrew Sprang, the Benilde-St. Margaret’s senior goaltender who played at Shattuck-St. Mary’s for three seasons starting in the eighth grade.

Sprang needed to be sharp against the Sabres, and he was, making 30 saves.

The Red Knights also needed scoring contributions from beyond their top line, and they got it, as second-line standout Spencer Naas and defensemen Ben Newhouse and Johnny Austin added goals.

Newhouse’s third-period goal proved to be the winner. He jumped into the play on a rush off a face off and whipped a shot into the left side of the net.

“Shattuck is a national power, they’ve got a great program, but really when you look at it, Minnesota high school hockey has a a lot of mini-Shattucks out there,” Benilde-St. Margaret’s coach Ken Pauly said. “A lot of great places that you can play and develop and stay home and do it.

“I think (the victory) really speaks well, not just for Benilde-St. Margaret’s but for all of high school hockey." 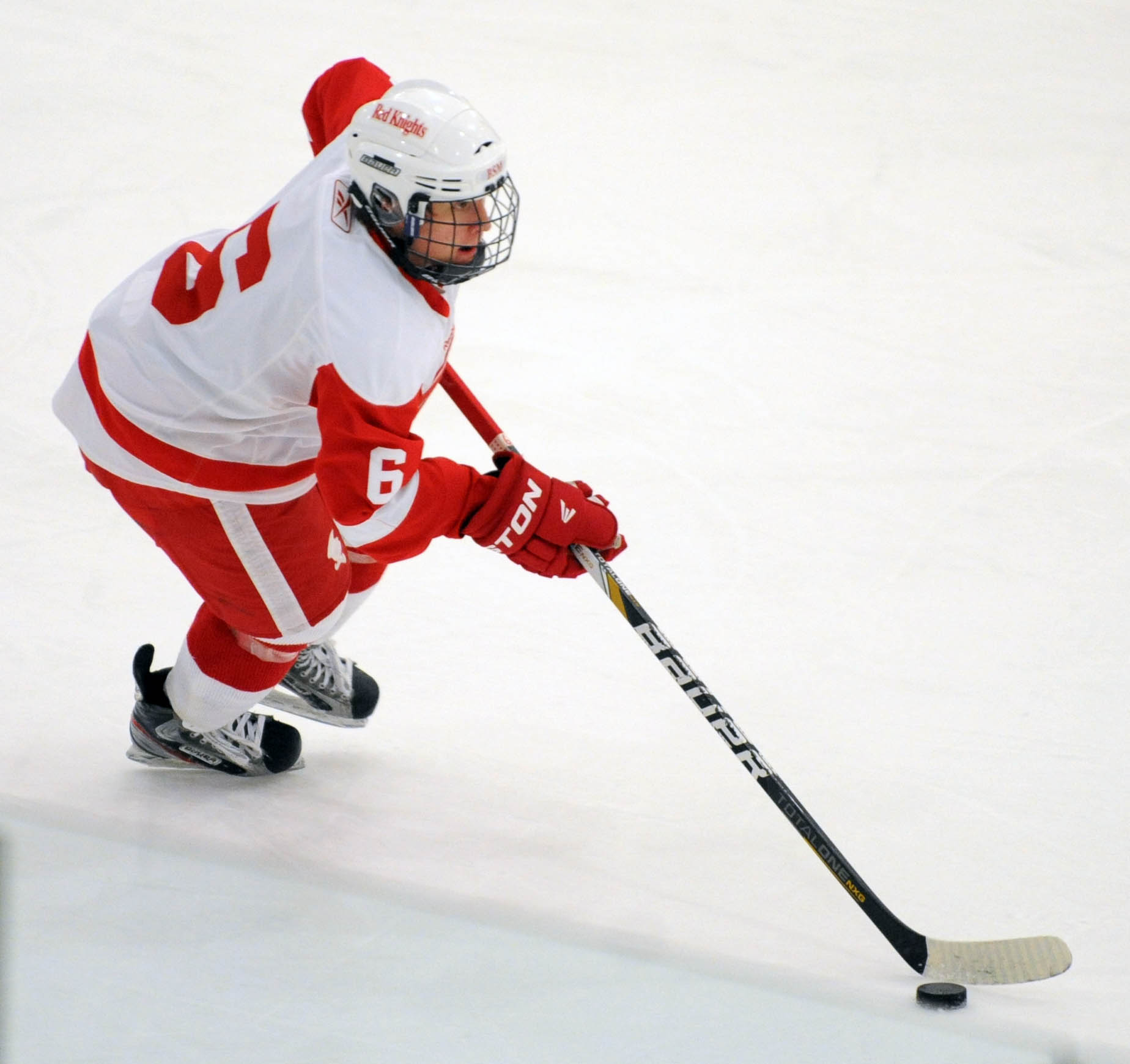 He’s not a bad defenseman either.

Newhouse logs heavy loads of ice time (he rands third on Benilde-St. Margaret’s with more than 20 minutes per game), a testament to the trust the Red Knights’ coaching staff has in the 5-foot-7, 155-pound sophomore.

Every so often, Newhouse will join the rush and look for a scoring chance. Just as he did Wednesday night against Shattuck-St. Mary’s, when he scored what proved to be the winner in a 5-2 triumph over the Sabres. It was Newhouse’s second goal of the season.

“It made me feel really good to see Ben Newhouse get a goal there,” Benilde-St. Margaret’s coach Ken Pauly said. “Because Benny has been playing really well, and we want our defense to jump more into the play. Honestly I think they have been reticent to do that throughout the year.

“I think when you have (Grant) Besse they kind of maybe stay back a little bit too much. “

Newhouse said the Red Knights were shellshocked by a wave after wave of hard charging Shattuck-St. Mary’s forwards to start the third period. The Sabres erased a 2-1 deficit with an early goal and appeared poised to score at leat one or two more.

“They kept cycling in the zone, and we just kept getting caught and we couldn’t get the puck out of our zone,” Newhouse said. “We were on our heels. And then we were lucky enough to get that break there.”

The first came in the form of a patch of ice that was in need of repair. The officials stopped the game for several minutes to allow time to patch the hole along the Benilde-St. Margaret’s defense.

The second game on a defensive lapse that allowed Besse and Newhouse to break in on a 2-on-1 just seconds after play finally resumed. Besse slid a perfect pass to Newhouse, who made no mistake in rifling a low shot just inside the left post.

“That was pretty beneficial for us,” Newhouse said about the stop in play. “Just like the lights out at the Super Bowl.  We kind of got our heads out of our butts.”

Sophomore defenseman Ben Newhouse scored his second goal of the season in the third period, taking a feed from senior Grant Besse on a 2-on-1 and firing a low shot just inside the left post to spark No. 2-ranked Benilde-St. Margaret’s to a 5-2 victory over Shattuck-St. Mary’s on Wednesday, Feb. 6, at the St. Louis Park Rec Center.

Newhouse’s goal came after a long stretch of Shattuck-St. Mary’s dominance in the Benilde-St. Margaret’s defensive zone. The Sabres, who trailed 2-1 entering the third period, had tied it 4 minutes, 16 seconds into the third on a goal by Marcel Godbout.

Shattuck-St. Mary’s (39-5-3) was still pressuring when a long break was taken to repair a patch of ice at the blue line near the Red Knights’ bench.

Besse scored his second of the night and 38th of the season with 3 minutes left, and junior defenseman Johnny Austin added an empty net goal with 1:12 remaining.

Andrew Sprang, who played at Shattuck-St. Mary’s from the eighth to 10th grade, was superb in making 30 saves, including 11 in the final period.

Luke Kania made 17 saves for the Sabres, who for the first time since resuming play against Minnesota State High School League competition more than 10 years ago lost to two Minnesota high school teams in the same season.

1. Andrew Sprang, Benilde-St. Margaret’s
The senior goaltender, a member of the Shattuck-St. Mary’s program from the eighth to 10th grade, said hello to a lot of old friends and former teammates by making 30 saves, including 12 in the first period and 11 in the third as the Sabres controlled play for long stretches.

2. Grant Besse, Benilde-St. Margaret’s
Two more goals for the senior sniper and Wisconsin commit, giving him 38 this season. The Mr. Hockey frontrunner also took a few shifts at defense, set up the game-clinching goal by feeding Ben Newhouse on a 2-on-1 and threw one of the biggest hits of the night.

3. Evan Fleming, Benilde-St. Margaret’s
Let’s give a little love to the Red Knights’ second line, which had effective shift after effective shift against a Shattuck-St. Mary’s team that figured to have a big advantage in skill and depth after the top units. Not so on this night, however, as Fleming, a junior who had an assist on a Spencer Naas' second-period goal, and Chase Jungels joined Naas and, on occasion, Mark Kaske to form a unit that consistently outplayed their Sabres’ opposition. 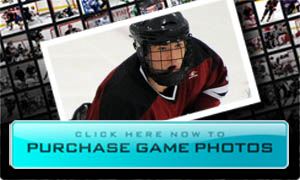 How BSM Has Fared