Poised for a breakthrough 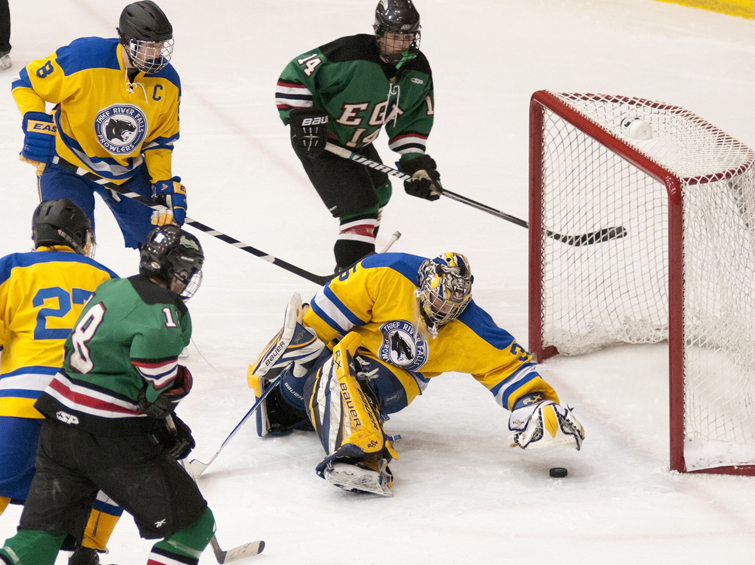 Top-seeded East Grand Forks and No. 2 Thief River Falls have already split two games this season and the rubber match could come in the Section 8A final. Photos by Tim Kolehmainen. 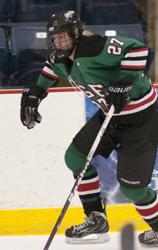 For a decade, East Grand Forks has been beating its head against the proverbial wall. And it has the bruises and scars to show for it.

Losing hurts, but even more so on the East side, which has had plenty of close calls in that time.

Since winning back-to-back state Class 1A consolation titles in 2001 and 2002, the Green Wave have sat at home in March while rivals Warroad and Thief River Falls have traded appearances at the X. Twice, the Green Wave have been beaten in the Section 8A final, including last winter’s defeat to the Prowlers, and six times they’ve lost in the semifinals.

But in none of those years did they have as complete a team as this year’s edition. This time, the Green Wave are the favorites.

East Grand Forks (18-3-3) earned the top seed for the section playoffs courtesy of a terrific regular season. The Green Wave were the last team in the state to lose a game, going 13-0-2 in their first 15 games. They allowed just 1.68 goals per game and posted nine shutouts, most with senior Tanner Lindstrom (12-3-3, 1.78, .921) in goal. It’s just plain tough to score against the East siders.

But it isn’t an easy path to state for East Grand Forks. They split with second-seeded Thief River Falls (16-9-0) and won and tied against third-seeded Warroad (17-6-2), both of whom are lurking and dangerous. 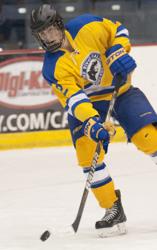 As hot as the Green Wave were at the start of the season, Thief River Falls was equally cold. The two-time defending section champions were just 2-6-0 in their first eight games and looked to be buried before Christmas.

Coach Tim Bergland’s club suddenly ripped off 11 straight victories, including big ones over Warroad and East Grand Forks that signaled the end of its run was not necessarily in sight. The Prowlers tightened up in their defensive zone, allowing just 14 goals over those 11 games and no more than two in any game. Add in just enough offense and the Prowlers look like their typical selves – rugged, strong and tough to play against.

Warroad has reloaded nicely from last year’s disappointing season, welcoming in a pair of high-scoring sophomores in Jared Bethune (22-23--45) and Kobe Roth (23-19--42). Roth is small but has some of the best hands in the state, while Bethune has good size and skill. Senior Ben Smieja (12-21-33) and junior Kyle Sylvester (13-15--28) give the Warriors four players with double-digit goals.

Senior Justin King (15-6-2, 2.74, .907) has been a Godsend in goal for new head coach Jay Hardwick, who lost longtime starter Andy Foster to graduation. King has proven to be a worthy replacement and could steal an upset or two.

Fourth-seeded Crookston (13-11-0) gets a tough quarterfinal test against fifth-seeded Kittson Central (14-9-0), a team it beat by a single goal way back on Dec. 4. The Pirates are led by another of coach Jon Bittner’s sons (section opponents must be hoping the well has run dry), in senior defenseman Ryan Bittner (16-28--44). He’s dangerous in all three zones, giving Crookston an anchor around which to build. Forwards Ryan Edevold (18-22--40) and Brady Heppner (24-16--40) have also had big offensive seasons.

Kittson Central has taken its lumps in recent years, but coach Robert Carr has the program on the rise with a veteran team. Nick Kasprowicz (20-20--40) and Dalton Klegstad (23-15--38) lead the Bearcats in scoring.

Is it tradition for great goaltending to come out of Lake of the Woods? It appears so with Kyle Olson (9-10-2, 2.23, .927) doing his best Alex Lyon impression. He’ll be tested, though, as Bagley/Fosston features the two highest-scoring players in the section in seniors Aaron Leintz (31-25--56) and Sean Lavine (25-21--46). They’re two of nine key seniors that have propelled the Flyers to one of their better seasons in recent history. 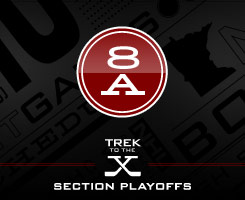 Everything is set up for East Grand Forks to advance to the state tournament for the first time since 2002. The Green Wave earned the No. 1 seed with a scintillating regular season in which they didn't suffer their first loss until mid-January. And with the section tournament hosting schedule rotating to the East Grand Forks Civic Center this year, the Green Wave have home ice throughout.

In a section that has been dominated most recently by Thief River Falls, Warroad and East Grand Forks, picking a bracket buster from outside that trio is a tall order. But this isn't your usual Kittson Central team. The Bearcats are a No. 5 seed, but have a veteran and talented team that recently played East Grand Forks tough.