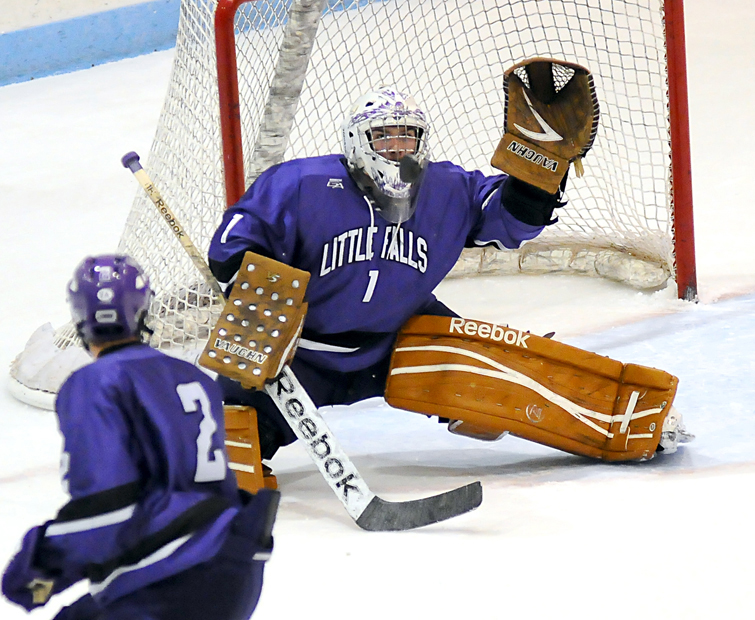 Michael Stumpf and Little Falls earned the No. 1 seed and favorite's role in Section 6A with a strong defensive team effort. The Flyers are allowing just 1.60 goals per game. Photo by Tim Kolehmainen. 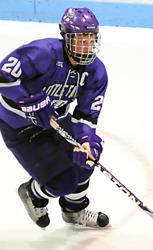 It might be the No. 1 seed in Section 6A, but this isn’t your big brother’s Little Falls team.

When the Flyers were dominating the section in the mid- to late-2000s, it was on the shoulders of a supercharged offense that seemed to feature an endless supply of Hanowskis and Festlers. Red goal lights were flashing so often it had to feel like an emergency room visit for opposing goaltenders.

That was then. This is now.

Tony Couture and the revamped Flyers (19-6-0) now try to keep those red lights under wraps. Little Falls plays at the opposite end of the spectrum, with a tight defense and terrific goaltending from senior Michael Stumpf (18-6-0, 1.53, .942). Goals are much harder to come by and oh, so precious.

In 25 regular season games, Stumpf and the Flyers had six shutouts and allowed a single goal in seven more games. That’s more than half the schedule in which all Little Falls had to do was notch a single goal to avoid a loss. The Flyers are allowing just 1.60 goals per game and killing penalties at an 87.5 percent clip. There are no easy goals against this squad.

Beyond the Flyers’ trio of scorers, the blueliners have added offense while also remaining a strong defensive unit. Seniors Spencer Fenske (8-19--27), Matthew Stumpf (5-20--25 and no relation to the goaltender of the same surname) and Nathan Adamietz (4-6--10) have scored some big goals from the blue line and will need to play big in the playoffs for the Flyers to repeat as section champions.

Second-seeded St. Cloud Apollo (15-10-0) was one of the Flyers’ regular season victims, losing 4-2 back on Jan. 17. But the Eagles know what it takes to beat a favored Little Falls team, pulling one of the greatest upsets in section history when they knocked off the top-seeded Flyers as a No. 9 seed back in 2011. It wouldn’t be nearly the upset should this group repeat that feat.

Freshman goaltender Nick Althaus (15-9-0, 3.18, .864) has also been growing into a big role as the season advanced. After a rough start, Althaus has allowed more than three goals just once in the past seven games as the Eagles have shut down section foes Alexandria, Willmar and Sartell-St. Stephen. 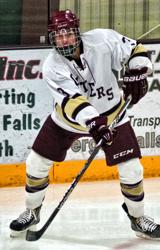 It’s been a decade since third-seeded Fergus Falls (12-10-3) ended its run of seven straight state tournament trips. The Otters have been on the wrong end of the Little Falls’ dynasty during the ensuing years, but could have the team to break that streak this winter. They’ll need to find a way to solve Stumpf, though, as they scored just one goal in two losses to the Flyers during the regular season.

Fourth-seeded Sartell-St. Stephen (10-11-4) enters the playoffs on a four-game losing streak, three of them to section opponents. In that stretch, the Sabres scored just five goals. Offense isn’t the team’s strength, as even in winning six of seven before the season-ending skid, the Sabres netted only 23 goals. The key to coach Ryan Hacker’s club is to limit opponents, something it did when it beat quarterfinal opponent Alexandria, 3-2 on Jan. 17. In that game, Elliott Brookins (7-9-4, 3.19, .900) made 32 saves and remains a key player. Aaron Randall (14-15--29) is Sartell’s leading scorer. 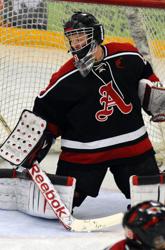 Sixth-seeded Willmar (13-10-1) might go as far as senior Hunter Schneider (30-30--60) can carry it. After exploding on the scene in last year’s section tournament, Schneider has carried that momentum into a big senior season for the Cardinals. In the team’s 13 victories and one tie, Schneider has 24 of his 30 goals. 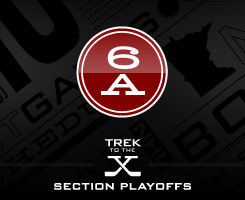 It's a different Little Falls team that earned the No. 1 seed and the favorite's role, but it's just as formidable -- for different reasons. It's often said that defense and goaltending wins championships and with that, Little Falls looks like the clear favorite.

What does a bracket-busting team usually have in the playoffs? Talented, hot goaltending. What does Alexandria bring into the section tournament as the No. 5 seed? A three-year starter in goal who has already led his team to the state tournament once in Ben Allen. Don't bet against the Cardinals.