Section 2A preview: Breck in pole position as state Class 1A power 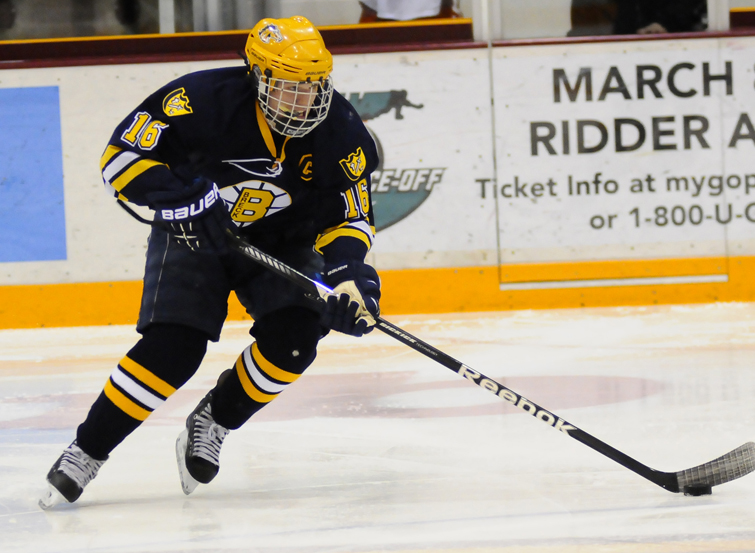 Thomas Lindstrom and the powerful Breck Mustangs earned the top seed in the Section 2A playoffs and look to make their fifth straight trip to the X. Photo by Tim Kolehmainen. 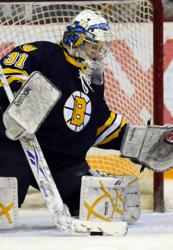 In two years, Eden Prairie went from Section 6AA and state Class 2A champion to being bounced in the first round. This year the Eagles are an underdog.

Holy Angels went from a perennial tournament appearance to an also-ran in Section 2AA fast as a blip on the hockey radar.

Section 2A is not one of these cases.

Since 2009, the Mustangs from Breck (21-3-1) have reigned over their competition with four straight trips to the state tournament. Breck hasn't showed any signs of stopping that run.

Even the departure of seven of the Mustangs’ top ten scorers from last season hasn’t slowed a smoldering-hot offense that averages over five goals per game. Instead, new opportunities were born for players who used to be farther down the depth chart.

Senior Matt Colford is electric. His 30 goals (30-37—67) are third most in the section and his 67 points ranks first. Add in Thomas Lindstrom’s (26-21—47) size and speed and the Mustangs are a nightmare for opposing defenders to contain.

As a whole, the Mustangs flash around the ice with wonderful puck movement and a flair for skill.

What makes them really dangerous however is their defense. Entering the season Breck didn’t expect to pack quite so much offensive punch, and so tight defensive play was a necessity. Now, it’s just gravy. Junior Derek Wiitala leads the Mustangs defenseman – giving up just two goals a game -- with 16 assists (3-16—19). Junior goalie Henry Johnson has also been a fabulous backstop (19-3-1, 2.06, .916) in his first year as a starter.

This combination in all three facets of the game has led to wins over Class 2A powerhouses No. 3-ranked Duluth East, Moorhead, and two 2-1 losses against St. Thomas Academy (No. 1, Class 1A). 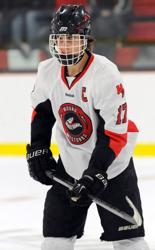 Breck may seem like a sure thing, but section playoffs always bring out the best in teams and No. 2-seeded Mound-Westonka (16-9-0) has dreams of making its first trip to St. Paul since 2001.

As a junior, Hunter Smith (16-19—35) shoulders much of the scoring load for the White Hawks. This is the second season he’s notched over 30 points, and his sniping abilities give him the chops to light up any team at a moment’s notice. Senior Jack Brandstetter leads Mound-Westonka in points (20-19—39) while Charlie Curti dishes out assists as a defenseman (12-23—35). Six-foot-5 defender Ben O’Borsky (7-13—20) is also a presence, netting seven goals and tallying 13 assists.

The White Hawks are rolling into sections hot with seven straight wins, including an impressive 5-3 defeat of Holy Family Catholic at the Thaler Sports Center in Mound, showing that they can take down a Class 2A foe with big-name talent. 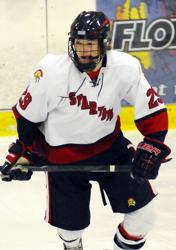 Providence Academy (10-13-0) has had its best year as a program and Orono has rode the tornado-fast skates of sophomore superstar Gavin Payne (11-27—38) and sophomore counterpart Joey Luedtke (14-17—31). The duo fought its way to a spot in the Schwan Cup Bronze Division Championship in late December. The Spartans didn’t claim the trophy but a hard-nosed 1-0 win over St. Paul Academy and a 7-5 barnburner against Cretin-Derham Hall displayed what they can do.

Before those teams see action however, three play-in games must be determined.

All games will be at the Parade Ice Garden in Minneapolis. 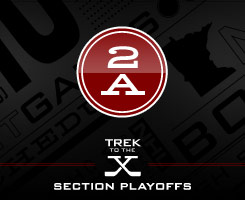 Another year, another dangerous and entertaining squad for the Mustangs (No. 2, Class 1A). Other than St. Thomas Academy (No. 1, Class 1A) in Section 4A, it's hard to see a bigger lock in the class. Expect the Mustangs to ride through the section playoffs wire-to-wire and roll into the Xcel Energy Center with some steam.

It's too bad No. 4-seeded Orono got placed in the same side of the bracket as Breck, because the Spartans would have an opportunity to get to the section championships if the Mustangs weren't in the way. With the bright lights on at Parade Ice Gardens, sophomore Gavin Payne could leave the biggest imprint on Section 2A.