Section 2AA preview: Upstart Prior Lake has the goaltending, defense to make run at Edina 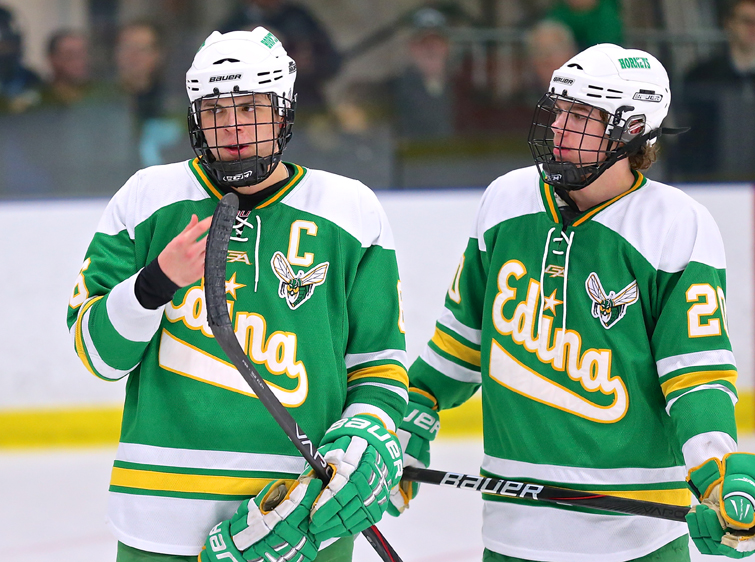 Matt Nelson (left) and Dylan Malmquist should play big roles if top-seeded Edina is to advance to its seventh straight state tournament. Photo by Brian Nelson 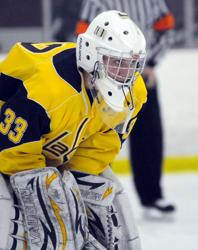 There’s flying under the radar, and then there’s the nether region located under under the radar -- the airspace occupied by Prior Lake’s Jordan Moran.

Moran, a senior, posted some of the state’s most eye-popping goaltending statistics (his 1.69 goals-against average is seventh-best in the state, his .939 save percentage ranks second) during the regular season yet still finds himself as the mayor of goaltending obscurity.

Such is life in Prior Lake, where the upstart hockey program has yet to gain the sort of statewide attention or high-level success enjoyed over the years by powerhouse south metro programs such as Edina, Burnsville and Bloomington Jefferson.

It just so happens that the Lakers reside in Section 2AA with all three of those traditional powers. In a sign of changing times, however, Prior Lake received the section’s No. 2 seed after posting a 16-9-0 record.

Moran, who allowed more than two goals in just three of 22 starts, is the catalyst for Prior Lake’s rise to power.

The only team to solve Moran during the regular season was South Suburban Conference rival Eagan, which lit up Prior Lake by a combined score of 11-7 in their two meetings. The good news? Eagan plays in Section 3AA.

Prior Lake lost its first three games to start the season and closed with losses in its final two games. In between the shaky start and sluggish finish, the Lakers were among the state’s hottest teams, winning the Schwan Cup Silver Division championship in dominating fashion at the height of their run.

Rock solid on defense, the Lakers are hardly prolific on offense, where there is no go-to scorer. Balance is Prior Lake’s signature, as it has five players with 22 or more points and seven with eight or more goals.

No. 1 seed Edina (19-6-0) suffered its annual mid-season swoon by losing four of seven, but some recent lineup changes (junior Tyler Nanne was moved back to defense; senior Andy Jordahl is back on the top line with junior Connor Hurley and sophomore Dylan Malmquist) were no doubt designed with the playoffs in mind. The Hornets, who have won six straight section titles (five as members of Section 2AA), feature senior defensemen Matt Nelson (3-11—14) and Parker Reno (1-17—18). Those two have an abundance of playoff experience, as does senior goaltender Willie Benjamin (13-4-0, 2.03, .904). Hurley (15-28—43), Malmquist (18-17—35) and Jordahl (15-15—30) are the only Hornets with more than nine goals or 19 points. No. 3 Burnsville (15-9-1) has undeniable star power at the top of its lineup in junior forward Tyler Sheehy (17-27—44), an Ohio State commit, and junior defenseman Teemu Kivihalme (9-21—30), who has committed to Colorado College. With Sheehy and Kivihalme -- and senior Chris Mallon (9-6-1, 2.57, .914) in goal – Burnsville has the components to make a deep playoff run. Consistency has been the Blaze’s biggest bugaboo – they won just one of six games during a midseason stretch but finished the regular season on a three-game win streak. 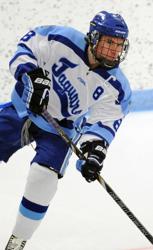 No. 4 Bloomington Jefferson (15-9-1) went a combined 1-3-0 against Burnsville and Prior Lake and did not play Edina during the regular season. The Jaguars lost four straight in January but recovered nicely, winning six of seven to close the regular season. The Jaguars have all sorts of darkhorse potential, mostly because of the consistent scoring and invaluable leadership provided by seniors Jono Lindquist (20-17—37) and Colin Hernon (24-13—37) and junior Johnny Panvica (15-16—31). Grant Martens (16-9-0, 2.62, .910) has played the bulk of minutes in goal. No. 5 Holy Angels (13-11-1) is another team with bracket-busting potential thanks mostly to the presence of senior forward Mario Bianchi (26-43—69) and one of the state’s most dynamic defensemen in senior Frankie Mork (27-36—63). Marshall Barnes (16-39—55) ranks among the highest scoring sophomores in the state. A powerful, inspirational intangible could also favor the Stars. Senior Tony Haeg (16-15--31) was diagnosed with non-Hodgkin lymphoma on Feb. 9. Holy Angels players and coaches have had their heads shaved as a show of support to Haeg, who has been undergoing chemotherapy treatments at the University of Minnesota Children's Hospital. No. 6 Bloomington Kennedy (10-15-0) had one of its best regular seasons in recent memory. The Eagles stunned Lakeville South 4-1 on Dec. 18 in one of the biggest surprises of the season, then followed with an appearance in the Schwan Cup Open Division championship game. Senior Brad Hinrichs (20-14—34) gives Kennedy a go-to scorer, and David Johnson (10-14-0, 3.35, .904) has been a workhorse in goal. No. 7 Chanhassen (7-17-1) plummeted to seventh in the eight-team Missota Conference standings after winning the conference title in 2011-12. Junor Logan Wilkinson (13-10—23) is the only Storm player with more than nine goals or 18 points. No. 8 Shakopee (5-19-1) has just one double-digit goal scorer in sophomore Sam Scott (10-7—17). Junior Bubba Kubes (7-13—20) is the points leader. 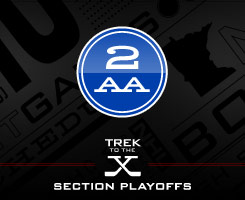 The Hornets were superb early in the season, when they were dismantling opponents with all the subtlety of a sledgehammer. Edina hasn't been as dominate as of late, and the Horents have had a roller-coaster series of ups and downs the past few months. Still, this is a team that's too deep and too experienced to have its run of six straight state tournament appearances end.

This isn't much of a reach, given that the Blaze are the No. 3 seed. But they have the high-end talent to upset Prior Lake in what, if the seeds hold, should be a superb semifinal.