Section 4AA preview: All routes to the X again run through top-seeded Hill-Murray 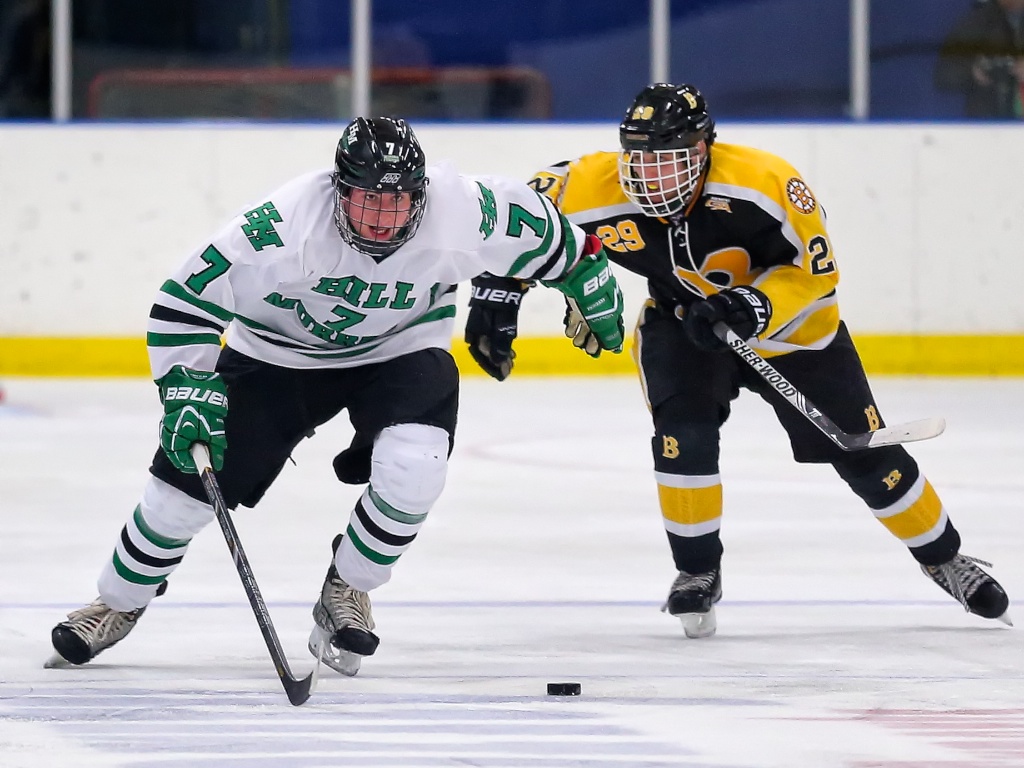 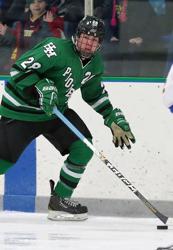 After a 5-3 loss to Cretin-Derham Hall on Feb. 7, there was some prognosticating over where White Bear Lake would end up in the Section 4AA seedings.

Not that it mattered.

Bears coach Tim Sager summed it up thusly: "We will probably get the No. 2 or No. 3 seed, but it doesn't matter because in the end, the road will go through Hill-Murray."

Since the sections were realigned in 2007 the Pioneers have owned Section 4AA, winning championships four of the past five seasons.

With a 22-2-1 record they are the heavy favorites to advance to the state tournament for the 27th time and look to avenge a 5-1 loss in the championship game to Benilde-St. Margaret's a year ago in St. Paul.

Beyond the top line the Pioneers are loaded with depth, which includes eighth-grader Joey Anderson (8-7--15), who has played in only eight games this season, but has contributed nicely since being brought up to the varsity.

For as strong as the Pioneers are on offense, they might be even better on defense.

They have only allowed 37 goals this year, a 1.46 goals-against-average.

Goalie John Dugas is a big reason for that. A finalist for The Frank Brimsek Award, given anually to the state's top senior goalie, Dugas has a 19-2-1 record to go along with a 1.44 goals-against and .938 save-percentage.

Seniors Sam Becker and Ryan Black are the mainstays on the blue line and a big reasons for the teams' stingy defense.

White Bear Lake received the No. 2 seed (15-9-1) and is led by sophomore Jake Wahlin (31-31--62), one of three Bears to notch 10 or more goals in the regular season. This is a young White Bear Lake team, and it showed early on when it went 4-5-1 in its first 10 games. When the Bears needed to turn it around they did, winning seven of their last eight games. The Bears have one of the strongest defenseman in the section in Thomas Delaney (8-17--25), who plays stellar defense and gets in the mix offensively as well with his powerful shot. No. 3-seed Tartan has arguably one of the fastest skaters in the state in Jake Jackson (29-27-56). He is lined up with Brady O'Sullivan (13-36--49) and Zach Ledman (22-20--42) to form a powerful top unit for the Titans. Goaltender Gabe Splichal (18-4-1) finished the regular season with a 2.35 goals-against average and a .916 save-percentage and will more than likely need to steal a win or two if the Titans are going to advance to their third state tournament. No. 4-seed Stillwater (9-14-2) will look to turn around a rough end to the regular season. It lost its last four games but did beat first round opponent Mounds View 9-1 before tying the Mustangs later in the season. Devin Cates leads to Ponies in points (5-16--21) and Nick Anderson (11-6--17) leads them in goals and is the only Stillwater player with double-digit goals. Stillwater will lean on goalie Colton Anderson (8-12-2) to be its backstop. 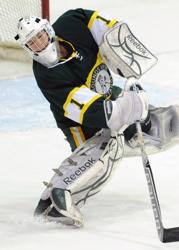 Mounds View (13-9-3) grabs the No. 5-seed and came into the season with high expectations to make a deep run in the postseason. The Mustangs are one of the most veteran teams in Section 4AA with 13 seniors. One of those upperclassmen is Andrew Bjorklund (20-19--39) who leads Mounds View in goals and points. The Mustangs are led in goal by junior Brandon Smith, who started in every game last season and carried the bulk of the workload again this year. He compiled an 11-9-2 record with a 3.25 goals-against average and a .890 save-percentage. Roseville (11-12-2) comes in with the No. 6-seed and has undergone some changes this season. Pete Aus is in his first season as Raiders after coaching the Mounds View girls' hockey team last year. He is the father of Blaine head coach Dave Aus. Ryan Larson (10-22--32) leads the Raiders in points and is one of four Roseville players who scored 10 or more goals in the regular season. Colton Brausen (17-13--30) leads Roseville in goals and Andrew Colvard (14-16--30) rounds out the Raiders who have reached 30 points or more. Zach Larson will take the reins in net for Roseville. He finished with a 10-12-2 record.

The juniors will need to be at the top of their game to upset White Bear Lake in the first round. 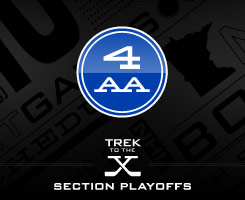 Hill-Murray will go into sections as the No. 1-ranked team in the state and hands down has the most depth of any team in Section 4AA. It has experienced veterans who were part of last season's state runner-up finish and a bevy of talented underclassmen who have contributed in big ways. Senior John Dugas is considered of the best goalies in the state. If the Pioneers struggle at all to score goals, Dugas can steal a game if needed.

The Titans have one of the fastest skaters in the state in Jake Jackson and  can rely on Gabe Splichal in goal. Splichal finished the regular season with a .916 save-percentage. Jackson alone can be a game changer with his speed and goal-scoring touch. He is lined up with Brady O'Sullivan who finished with 36 assists, a majority going to Jackson. Tartan flew under the radar for most of the season despite assembling a 20-4-1 record. The tie was a huge one, as it came late in the regular season against No. 1-ranked (Class 1A) St. Thomas Academy.