Skippers Near Perfect in 4-1 win over Hornets

The #6 Minnetonka Skippers turned aside the #3 Edina Hornets in impressive fashion as they turned in an inspiring 4-1 victory at the Pagel Activity Center. The Skippers utilized four different goal scorers, a smothering defensive unit, and a goaltender that played a memorable game to turn aside the highly regarded Hornets to take a commanding two game lead for the Classic Lake Conference title.

After a sizzling start, the Skippers were rewarded by Tommy Lundquist’s 6th goal of the season. He jumped on a rebound and punched past Edina goalie John Ankeny for the 1-0 lead. The goal brought a sense of relief to the Skippers as they played with a relaxed, yet determined conviction that continues to evolve and crescendo like a fine tuned musical piece.

The Skippers again, were too strong in the offensive zone, a theme that has be consistent their past half dozen games. They gave the Hornet defensemen and centers difficulty as they forced the Hornets into a number of uncomfortable turnovers. Pete Carbonneau is no stranger to big goals as he scored the game tying goal against Wayzata in the MyFoxHockey.com game of the week one week ago. He struck again as he walked from behind the Edina net and snuck a puck between Ankeny’s legs for the 2-0 lead at 15:43 of the first period.

The Skippers stayed to their game plan and continued to take ice away from the Hornets who began to pick up their urgency as the second period started. Max Gardiner was allowed to walk from the right side of the Hornet net all the way to the left. Ankeny dropped to the butterfly and could only watch as Gardiner continued his unimpeded pass through the slot. He backhanded the puck in the Edina net at 4:01 for his 15th of the season and a back breaking 3-0 lead.

The Skippers struck again as Troy Hesketh found the back of the net on the power play with a well placed shot from the point. Gardiner set up the play with an impressive move at the Edina line to gain the zone. He then fired down to the waiting Sam Coatta who ran the puck back up to Hesketh who held the puck for a moment and took a bit off it to send the seeing eye puck to the back of the net for the commanding 4-0 lead.

The Hornets (16-4-0, 2-2) responded with a vengeance and anger. Their work paid off as Anders Lee scored an ugly goal that was directed in off a Skipper defenceman and past Kruger who was sliding the other way. For Lee, it was his 17th of the season. Down three goals entering the third, the Hornets had a huge hill to climb as the Skippers (15-5-0, 4-0-0) have been shut down of late. They have not allowed more than three goals in their last 10 games. That was back on December 30th when the fell to these same Hornets by a score of 4-2.

Kruger was not forced to make a number of critical saves. He did make some fantastic pad saves from tight traffic and controlled his rebounds with efficiency. His movement was impressive and he was square to the shooters all night long. The Hornets did ring the dinner bell, and had a glorious chance by Marshall Everson sail over the top of the goal.

The game was the tale of two teams. The Skippers are confident and playing a responsible two way game with contributions coming from multiple sources. The Hornets have now lost 3 of their last 4 and it is safe to say that is a trend. Much of the results have not been from a lack of effort as they worked hard to close out the game. It appeared as though they did not come out as hard as the Skippers and it cost them in the win column Thursday night.

Up next for Minnetonka is a game at Hopkins on Saturday while the Hornets have a date with Wayzata. 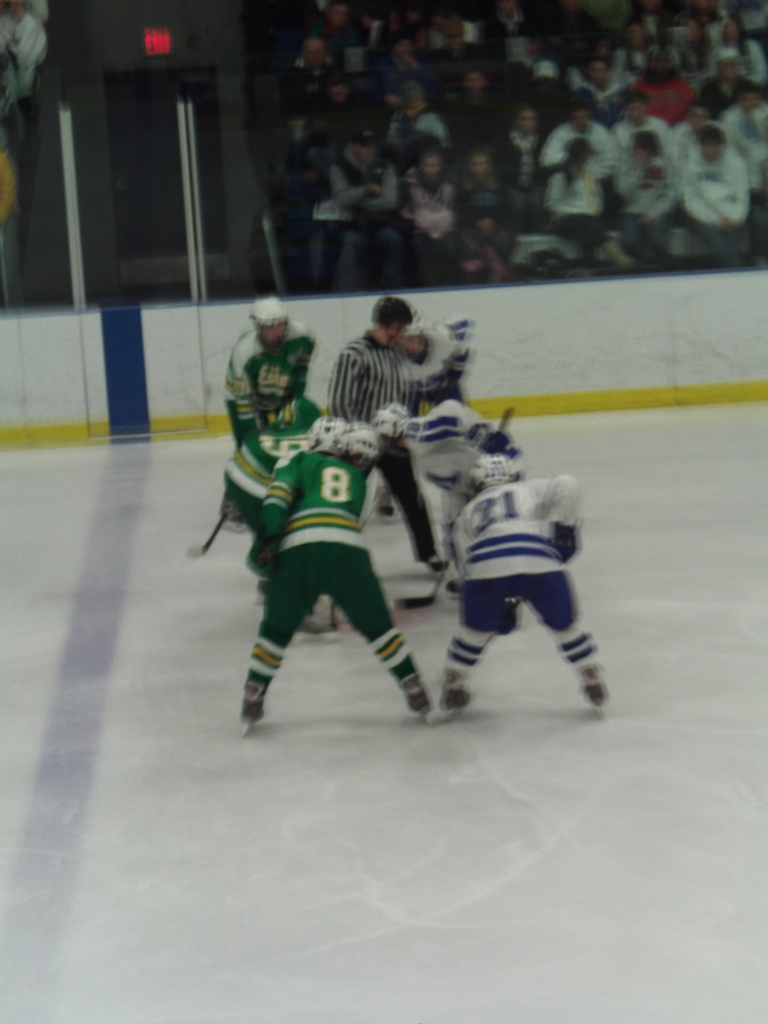