In just their fourth season as a High School Hockey program, the Redwood Valley Cardinals captured the Southwest Conference title with an impressive 7-2 win over neighboring Sleepy Eye Thursday night. Michael Spielmann’s goal at 10:53 of the second period proved to be the game winner as he also added an assist in the Cardinal effort. Utilizing six different goal scorers, the Cardinals Jake Hansen tallied twice in the victory. Just four years ago the Cardinals opened the season with a 0-17-2 record and didn’t win their first game until halfway into their second season where they finished 5-18-0. Last year the Cardinals were 10-14-0. Currently the Cardinals are 14-4-1 and 8-2-0 in the conference. They face off with Farimont on Saturday.

Joey Benik continued his goal scoring assault as he potted 5 goals and added an assist to figure in all six St. Francis Fighting Saints goals as they avenged an earlier loss to the Spring Lake Park Panthers in North Suburban Conference Action.  The 5 goals gives Benik 60 goals on the season, just 13 of the State record of 71 set by Little Falls Jared Festler in 2007. He has 94 points on the season and should top the 100 mark plateau to be the 10th player in history to reach that feat in Minnesota High School Hockey. The Saints improved their record to 18-4-0 overall and 6-3-0 in the conference.  The Panthers AJ Fossen had a goal and assist in the loss. They fell to 11-8-1 overall and 6-3-0 in the conference and are tied with St. Francis and Totino Grace. The Panthers face off with Robbinsdale Cooper on Saturday,.

The Benilde St. Margaret’s Red Knights scored 6 first period goals and cruised to an 11-2 victory over North Suburban Conference foe St. Louis Park. Bryan Glynn paced the way with 3 goals and 2 assists. Pat Cron had a pair of goals to go along with two assists and Dan Pemberton had 4 assists to help lift the Red Knights record to 16-4-0 over all and 6-0-0 in the conference. The Orioles Kyle Johnson and Jacob Wood scored as their record fell to 7-12-0 overall and 5-5-0 in the Conference. Up next for St. Louis Park is another conference game with Totino Grace who defeated the Orioles 5-3 a few weeks back. The Red Knights will do battle with Chisago Lakes Area on Saturday.

The Hermantown Hawks scored three third period goals that propelled them past the Cloquet-Esko-Carlton Lumberjacks by a score of 7-4. Even though the Hawks outshot CEC 23-12 for the second period, the game was a one goal game at 4-3. Cody Christopherson scored early in the third period for the 5-3 lead and his goal stood up as the game winner. Adam Krause had a goal and two assists for the Hawks while Charlie Comnick added two goals and an assist. Lumberjack goalie Jeff Dunaisky made 46 saves in the loss that dropped the Jacks record to 4-15-1 overall and 3-3-0 in the Lake Superior Conference. The Hawks improved to 18-2-0 and 6-0-0 on the season.

In a key Suburban East contest, the White Bear Lake Bears rallied for two third period goals to tie the Stillwater Ponies 4-4. Wilson Housley gave the Ponies a 2-0 lead as he scored the games first two goals as they took the 2-0 lead to the locker room. The scoring came in pairs the entire evening as the Bears (11-8-2, 8-3-1) responded with goals by Sam Swanson and Chad Lowell to send the game to the third period tied at 2. Bereck Doronfeld and Blacke Dochniak appeared to give the Ponies (10-8-3, 6-5-3)  a little breathing room with a 4-2 lead five minutes into the third. Lowell scored a little over a minute later and Mike Slator tied the barn burner of a game at 4 at 12:34.  The Bears maintain second place in the conference behind the Woodbury Royals while the Ponies are locked in with Roseville in the mid section of the conference. The Bears face Hastings next while the Ponies have a date with Cretin Derham-Hall. 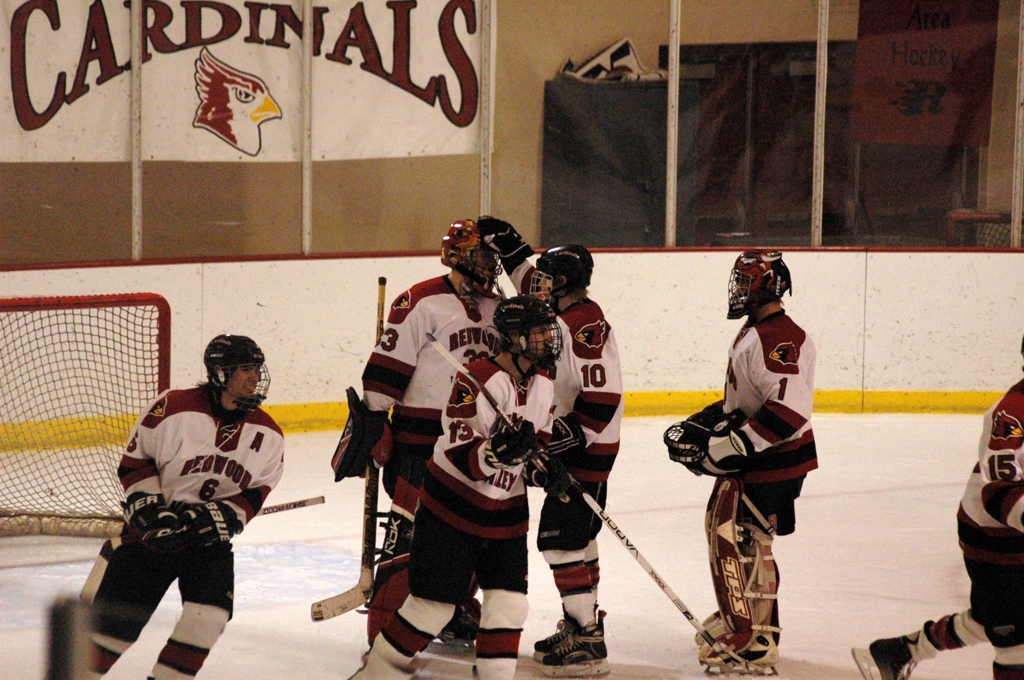