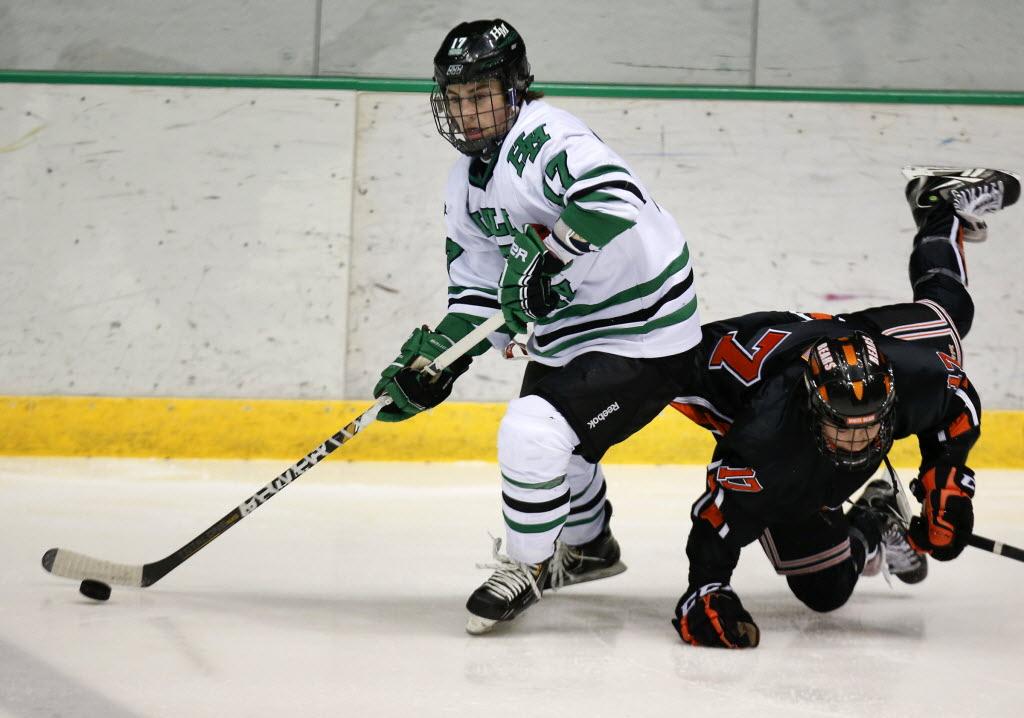 Asked last week about reaching the state tournament for a seventh consecutive time, Edina boys' hockey coach Curt Giles said, "This is hard to do once."

Three teams in the large-school field can appreciate Giles' sentiment. Centennial and Wayzata last reached the tournament in 2004. Eastview, located in Apple Valley, waited 12 years for a return trip.

Those teams provide a contrast to the stalwarts occupying the top seeds. Top-ranked and No. 1 seed Hill-Murray qualified for state for the seventh time in eight years. No. 2 Duluth East's five consecutive tournament appearances are second only to Edina's run.

While there is value in experience, last season proved that no seeded team is safe. The top four seeds all were bounced from Thursday's quarterfinals.

"Teams can surprise you when they go into a game thinking, 'Why not us?'" Hill-Murray coach Bill Lechner said.

Lechner acknowledged his team has "unfinished business" after falling to Benilde-St. Margaret's, and he feels good that about half his roster has state tournament experience.

Conversely, Wayzata coach Pat O'Leary was encouraged to see his No. 4 seed Trojans draw a fellow tournament newcomer in No. 5 seed Centennial in the quarterfinals.

"Our teams are very similar, and I'm sure they will have nerves, as well," O'Leary said.

In Class 1A, two-time defending champion St. Thomas Academy received the top seed ahead of No. 2 seed Breck, No. 3 Hermantown, No. 4 East Grand Forks and No. 5 Rochester Lourdes.

The Cadets, who will opt-up to Class 2A next season, are trying to become the first team to win three state titles in either class since Bloomington Jefferson (1992-94).

Semifinals in Class 1A are during the day on Friday. Class 2A semifinals are Friday evening.