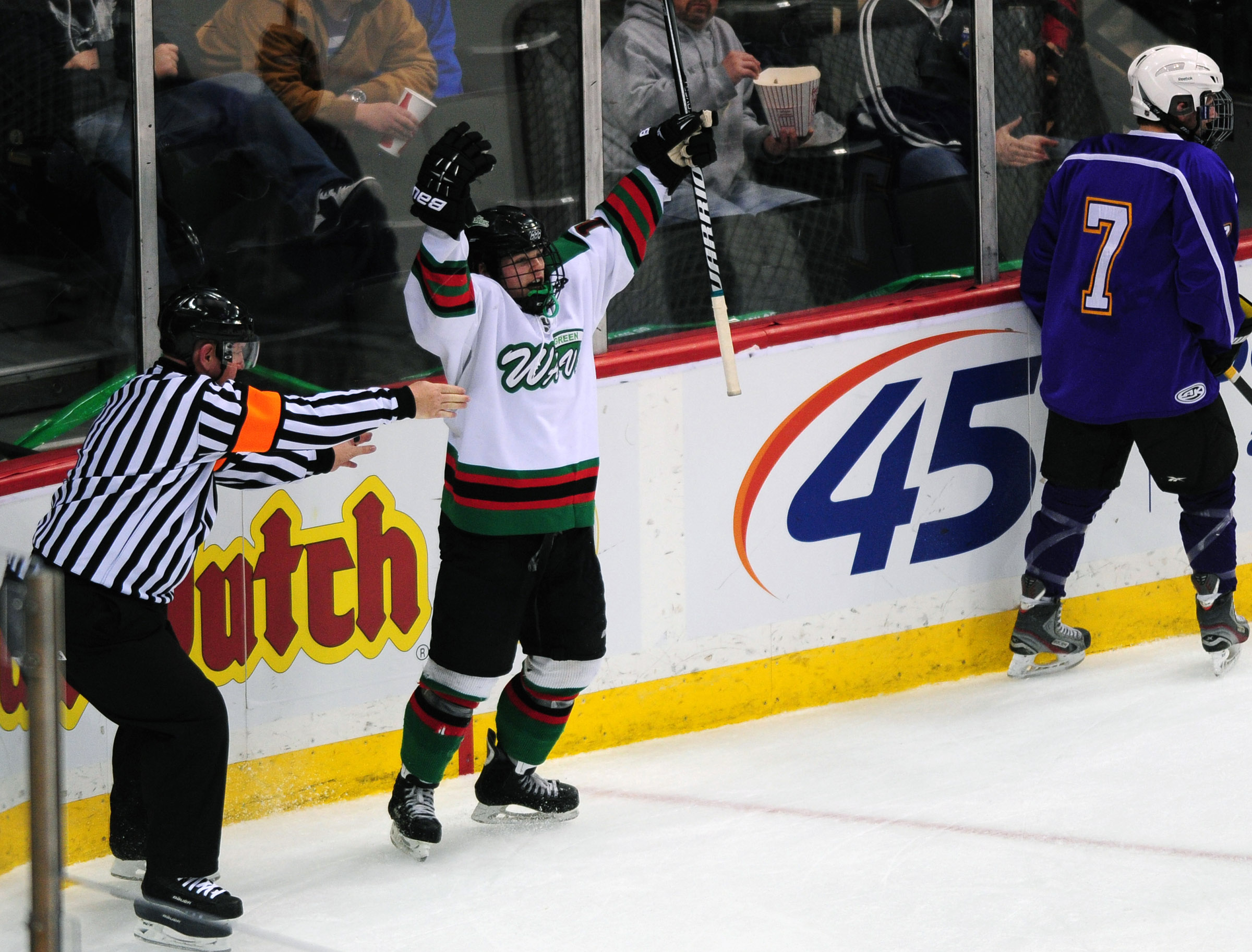 No. 4 seed East Grand Forks escaped with a 3-2 victory against No. 5 seed Rochester Lourdes in Wednesday’s Class 1A quarterfinal nightcap.

East Grand Forks hit the ice showing no visible signs of nerves despite a 11-year absence from the big stage.

“We were loose and we played our game,” Green Wave defenseman Colton Poolman said. “We got a couple on the board early and that sparked us.”

Aubol got loose behind the Lourdes’ defense for his first goal, coming at 8:51 of the opening period. He struck again at 12:58 thanks to a tremendous effort by Hajicek. Carrying the puck near the boards, Hajicek got checked, slid on one knee, got up and kept skating. He sent the puck across the slot for a streaking Aubol to bury.

Hajicek was rewarded with a goal of his own at 15:08 of the second period.

The Eagles refused to concede.

Alex Funk scored for Lourdes at 6:10 of the third period. Griff Slightam got his team within one with his goal, scored with less than five minutes remaining.

“We put home those two goals and you could see everyone on the bench believed,” Eagles captain Jason Samuelson said. “We just came up a little short.”

1. Tommy Hajicek, East Grand Forks
Much like the regular season, it was Hajicek that spearheaded the Green Wave attack on Wednesday night. He had a hand in all three goals – gathering assists on the first two before scoring his own in the second period – and recorded five shots on net while racking up a plus-two rating.

2. Kolton Aubol, East Grand Forks
Want to know what it means to burst onto the state tournament scene? Ask Aubol. The forward notched both of East Grand Forks’ first-period goals, tallied six shots before the end of the third period and was a game-best plus-three on the night. Not a bad debut.

3. Alex Funk, Rochester Lourdes
Even though Funk and his Lourdes teammates didn’t show up until the middle of the third period, his inspired play down the stretch is worthy of a mention. Funk scored the Eagles’ first goal, then got a helper on the second, which give Lourdes life.