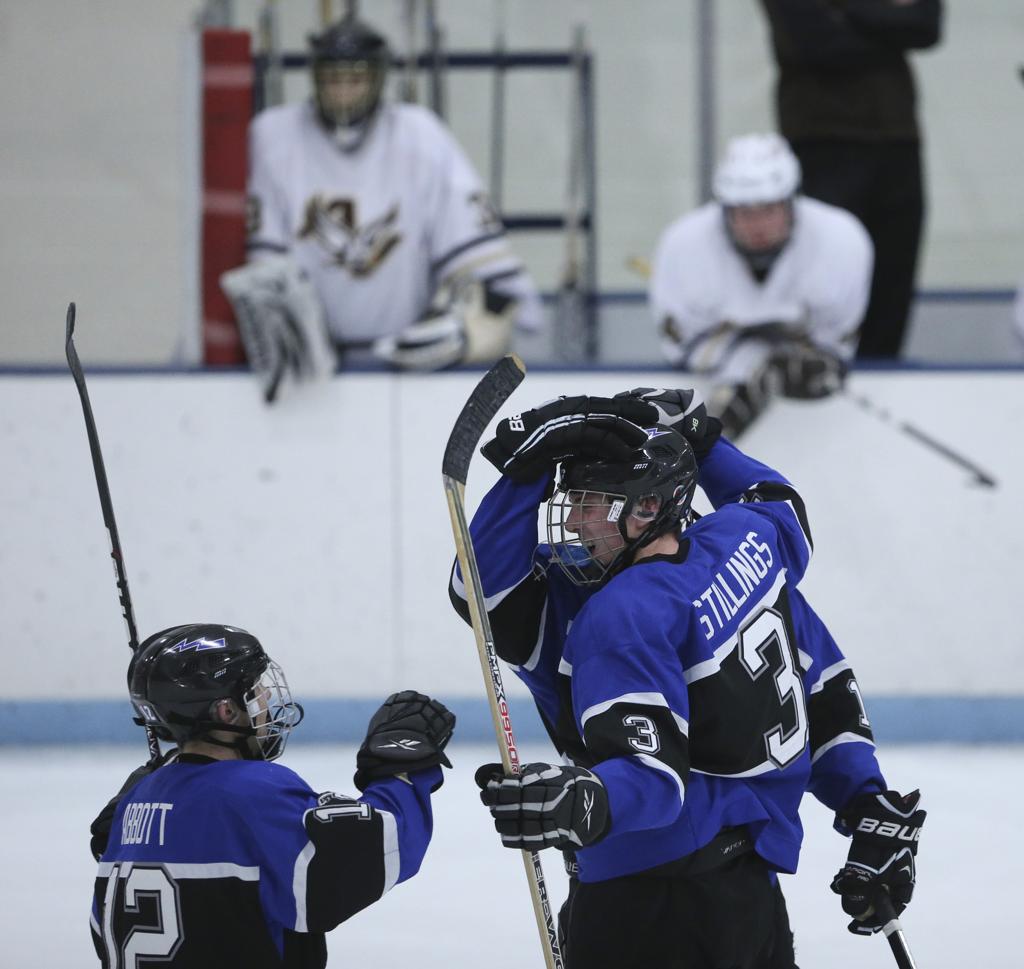 Eastview, which upended top-seeded Eagan in the Section 3AA title game, faces another tough draw in No. 1-ranked Hill-Murray in the state Class 2A quarterfinals. Photo by Jeff Wheeler, Star Tribune

About the Pioneers: Senior defenseman Sam Becker best personifies his team’s ability to recover from untimely setbacks. A forward to begin last season, Becker switched to defense after a midseason drubbing by Minnetonka and helped get the Pioneers to the Class 2A championship game. A full-time defenseman this season, Becker filled the void left by players departing high school early and pushed Hill-Murray to the No. 1 ranking and the program’s 26th state tournament. An unorthodox style didn’t hurt Becker, who was a plus-72 in the regular season. “Sometimes I’m not really sure what I’m supposed to do, but I can adjust because I’m an athlete,” he said.

About the Lightning: Two mid-January victories spurred Eastview to its first state tournament appearance since 2001. Coach Drey Bradley called a 4-2 victory against No. 5 Eagan a “major step.” Three days later against No. 11 Prior Lake, the Lightning struck again by winning 1-0 in overtime. “We had true believers in our locker room from then on,” Bradley said. Eastview also displayed its depth. Though the first line of Nick Abbott, Jake McGlocklin and Ryan McNamara score most of the goals, the second line of Mitchell Cerrato, Cole Cooper and John Snodgrass scored three times against Eagan.