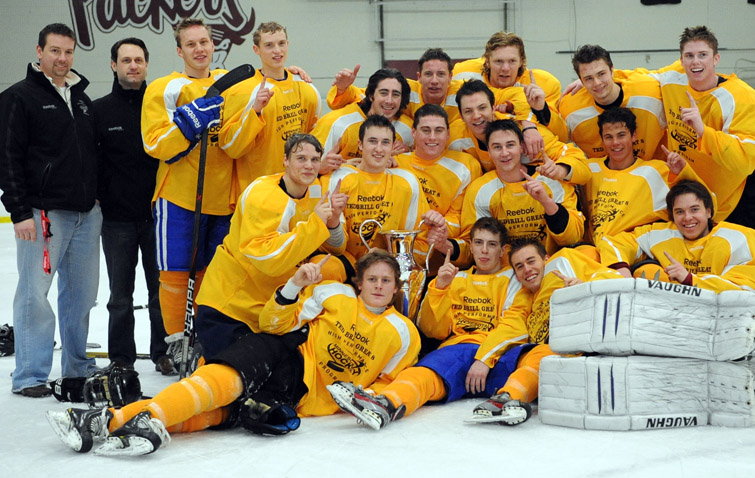 Devising the player combinations for Section 4 typically takes all of 20 seconds.

“All you St. Thomas Academy guys line up together, too.”

Once all the Pioneers and Cadets are accounted for, there typically are just enough players left over to form a final line combination and maybe a defense pairing or two.

The master plan, such as it was, for the Ted Brill Great 8 worked a little differently this year even though there were five players from three-time defending state Class 1A champion St. Thomas Academy and four from Hill-Murray, the Class 2A runner-up each of the last two years, on the roster.

The abundance of talent was such that co-head coaches Scott Macho of South St. Paul and Bill Owens of St. Paul Academy assembled a line of all Mr. Hockey finalists.

Naturally, the trio of Jake Jackson of Tartan, Zach LaValle of Hill-Murray and T.J. Roo of Totino-Grace quickly acquired a nickname.

“The guys were giving us crap, calling us the Mister Line,” said LaValle, a five-year varsity regular for the Pioneers. “It was really fun.” 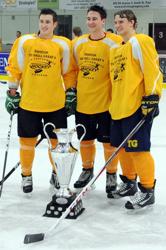 Roo, Totino-Grace’s all-time leading scorer, scored the game’s first three goals – LaValle assisted on all three – as Section 4 raced to its third Great 8 title in the last four years with a 6-2 runaway over Section 6 on Sunday, March 24 at Wakota Arena in South St. Paul.

Jackson chipped in with a goal and an assist, giving the Mister Line four goals. In all, the trio accounted for eight of Section 4’s 15 goals over the three-game tournament designed to showcase the state’s top seniors.

“I thought they did a nice job of playing together right from the start,” Owens said. “The first day we practiced, I thought they clicked pretty well as a group.”

Jackson, who has committed to play at Michigan Tech, is unquestionably one of the state’s fastest players. LaValle, a three-sport standout at Hill-Murray (he also plays football and baseball), is a gifted playmaker who sees the ice with Panavision. Then there’s Roo, the power forward with a bloodhound’s nose for sniffing out loose pucks.

“I’m not the fastest person out there, and Jake has wonderful speed, and LaValle, he is pretty fast, too,” said Roo, who scored 79 points (29 goals, 50 assists) in 29 games this season. “I let those guys go around and I was like, ‘Alright, I’ll just go to the front of the net.’ I just stood out there and I got two rebounds.”

Roo also scored on a rocket shot, as did Jackson.

The postgame award ceremony included the presentation of the huge silver trophy that briefly goes to the winning team – Section 4 hoisted it for only a few minutes before it was toted back to its case.

“It’s kind of sweet,” Jackson said about winning the championship. “You know, at Tartan we didn’t ever win any championships or whatever, but it’s nice to come out here and get a W.” 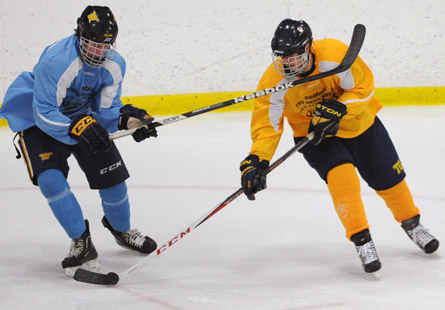 T.J. Roo of Totino-Grace scored the first three goals – all on assists from linemate Zach LaValle of Hill-Murray – as Section 4A/4AA cruised to a 6-2 victory over Section 6A/6AA on Sunday, March 24, in the championship game of the Ted Brill Great 8 at Wakota Arena in South St. Paul.

The championship of the event, designed to showcase the state's top seniors, was the third in four years for Section 4A/4AA.

Jake Jackson of Tartan played on the highly effective forward line with Roo and LaValle – all three were Mr. Hockey finalists – and added a goal and an assist for Section 4A/4AA, which led 3-1 entering the third period and was ahead by as much as 6-1 late in the third period.

LaValle finished second in tournament scoring with seven points in three games, while Roo finished third with six points and Jackson tied for fourth with five points. Jackson and Roo tied for fourth in goals with three.

Starter Paul Ciaccio of Minnetonka made 17 saves on 19 shots, and Ben Allen of Alexandria stopped 20 of 24 shots for Section 6A/6AA.

The top players from the Ted Brill Great 8, as selected by a panel of state high school coaches, advance to represent the Minnesota Seniors in the CCM Minnesota National Invitational Tournament on April 25-28 at the Plymouth Ice Center in Plymouth.

1. T.J. Roo, Section 4A/4AA
The power forward from Totino-Grace slammed home loose pucks from close range for his first two goals, then unleashed a 20-foot rocket for his third. Roo singlehandedly put Section 4 ahead 3-0, but he wasn’t done, adding an assist on linemate Jake Jackson’s goal less than a minute into the third.

2. Zach LaValle, Section 4A/4AA
The five-year varsity regular from Hill-Murray assisted on all three of Roo’s goals, a testament to his ability to emerge from the corners with puck on his stick and his eyes peeled for open teammates.

3. Jake Jackson, Section 4A/4AA
The speed burner from Tartan repeatedly rocketed through the neutral zone with the puck, setting up scoring chance after scoring chance at the end of his rushes. Jackson scored a goal on a rising snapshot in the third period and had two other point-blank shots stopped by spectacular saves. 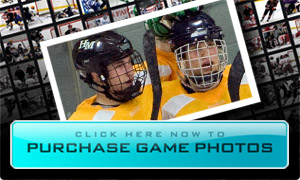