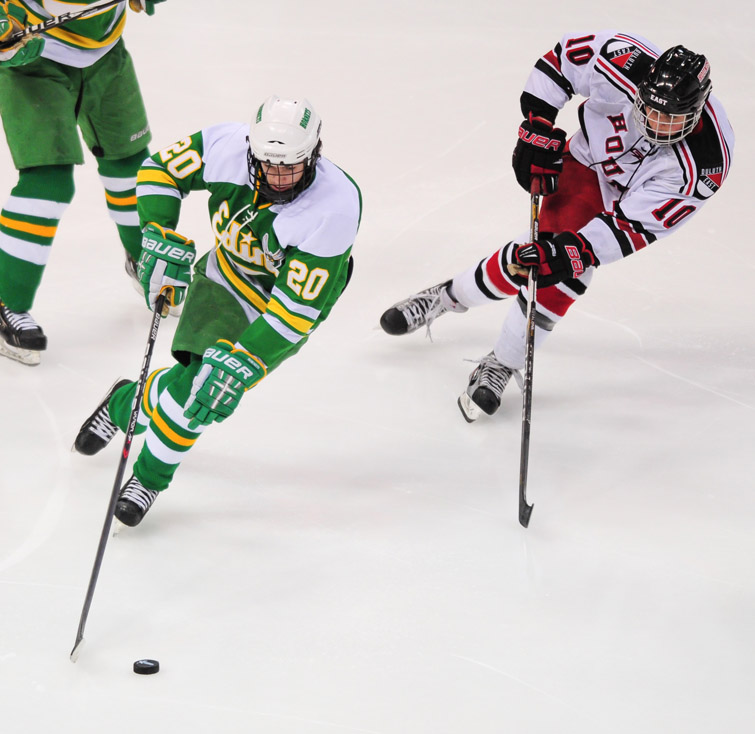 Malmquist, who helped Edina win the state Class 2A championship last season as a sophomore, not only led all players with 11 points but he also shared the goal-scoring lead.

Poganski, Nickolas Wolff of Eagan and Jack Dougherty of St. Thomas Academy all played for Royal, which won the camp championship with a 4-3 overtime triumph over Red.

Bittner and Tyler Nanne of Edina skated for the Red team.

Malmquist, Wahlin and former Breck standout Keegan Iverson all played for the Blue team in the camp-ending All-Star Game.

Nineteen player who were on Minnesota high school teams last season participated in the camp.