It’s easy to overlook the Tartan boys’ hockey team in the Classic Suburban, except for all the winning. 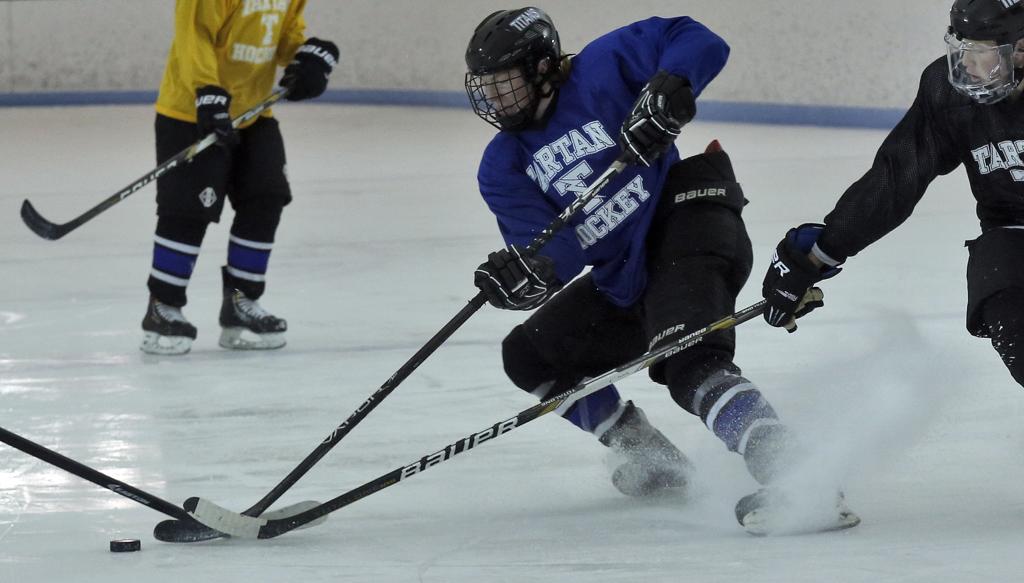 Co-head coach Steve Romanchuk said it’s simply about the numbers and, as a program, his Tartan boys’ hockey team just doesn’t have them.

The Titans play some of the metro’s best teams by virtue of being in the Classic Suburban Conference. They see the rosters and lineups that Hill-Murray or St. Thomas Academy can put out on the ice. And, on paper, the Titans can’t match the depth.

At least, that’s an outside perception.

“I think a lot of people look at us and doubt a lot of what we can do,” Romanchuck said.

Those who would look past the Titans’ 7-1 start to the season tend to brush off the 82 combined points that make Tartan’s top trio of forwards — seniors Rusty Axtman, Zach Ledman and Brady O’Sullivan — the state’s highest-scoring line, the coach said.

The team knows how others view Tartan, Axtman said, and that’s the motivation.

“I wouldn’t say it’s a chip on our shoulders, but we really like being the underdog,” said Axtman, the state’s leading scorer with 29 points. “I think we have something to prove. Other teams are expected to beat us, and we just want to surprise some people.”

As Tartan heads into the bulk of its schedule, which included a Saturday showdown with St. Thomas, the Titans are hoping to do just that.

Led by senior Jake Jackson, Tartan had a high-flying first line last year as well. Jackson led the team with 32 goals and 59 points. A seventh-round pick of the San Jose Sharks in the 2013 NHL draft, Jackson committed to Michigan Tech and is playing this season for Des Moines of the United States Hockey League.

He was one of 14 seniors who graduated from last year’s team.

“Those were some big shoes to fill,” Romanchuck said.

Up stepped Axtman to fill them. Last season, playing most on the second line, he had just 13 points. Playing alongside Jackson, O’Sullivan had 50 points and Ledman had 43.

O’Sullivan said he and Ledman ‘‘have played together since sophomore year, and Rusty just fits in perfectly with us. We’ve always known how each other played and what to expect and what to work on. We’ve worked hard to work out the kinks and get used to playing with each other.”

Through eight games, the Tartan top line has scored 33 of the team’s 49 goals. O’Sullivan and Ledman are tied for second in the state’s scoring race, just three points behind Axtman.

“Honestly, yeah, I was a little surprised at first, but then we just kept doing it and we’ve kept doing it consistently,” Axtman said of the strong start.

Said Ledman, “We always seem to find each other, and we always know where we are on the ice. We just have really good chemistry.”

One high-scoring line won’t be enough against the state’s best, said Romanchuk, who feels the rest of the team is coming along nicely.

“The goal is to have three balanced lines so when we face the better teams, we can compete the whole game,” he said. “I think we can do that.”

Senior defensemen Zach Moore and Eric Geskermann anchor the blue line for the Tartans. Senior goalie Gabriel Splichal has a .923 save percentage and two shutouts already this season.

“I think people saw that we lost 14 kids and didn’t think we’d be much good this year,” Romanchuk said. “We’re starting to prove people wrong, I think.

“We might not have the numbers, but we have the talent to skate with anyone. We just have to come to play.”