Back in a State of Hockey

Minnesota: Where garage doors go to die and boys high school hockey is alive and thriving

Initially painted white, it slowly acquired the look of a flat-paneled Dalmatian, the black flecks coming courtesy of an inability to hit our custom-welded steel pipe hockey goal.

Those driveway games with my older brother are among my fondest childhood memories. Growing up in the State of Hockey, we were, indeed, in a constant state of hockey.

As we grew older and all those errant shots gained velocity, the black marks on the garage door became black dents and, eventually, puck-sized holes.

Dad was not pleased. He reinforced the door with fresh plywood, painted it dark brown and pointed us toward the nearest outdoor rink. Problem solved.

Later though, we decided to build a rink in the front yard --- and somehow managed to kill all the grass. It took years for it to come back. Dad was not pleased.

These are the joys and agonies of living in Minnesota, where garage doors go to die. Where large and level skating-rink-suitable yards are an all-important amenity to potential home buyers. Where hockey is king.

It’s great to be home.

A career path that has taken me to Florida’s gorgeous Gulf beaches and perpetually sunny and warm Southern California (I had the good fortune of covering Stanley Cup championship teams in both locales) now has spun me full circle.

As Managing Editor of the MN Hockey Hub, the official site of the Minnesota High School Hockey Coaches Association, I’ll be promoting and showcasing one of the state’s greatest assets. It is a task, I would imagine, akin to polishing the Hope Diamond or guiding tours at the Taj Mahal.

Minnesota high school boys’ hockey often has been compared to high school football in Texas and boys basketball in Indiana in terms of the powder-keg excitement and passion it generates. There is no sport in any state, however, that can boast an event more special than Minnesota’s state boys hockey tournament.

“Juxtaposed with March Madness, it is March Sanity, a Norman Rockwell painting in which the subjects leap out of the frame and go hard to the net,” Farber wrote.

I’ve never cared much for Rockwell’s work, but I do remember watching in awe through clear boards (remember those?) as aptly named goaltender Reggie Miracle led Columbia Heights to a stunning upset of Edina at the 1983 tournament. I can say with first-person certainty that the scene at the old St. Paul Civic Center that day ---- where three-quarters of the fans in the sold-out building were cheering lustily against Edina ---- was the very definition of insane.

Columbia Heights doesn’t have a varsity hockey program anymore but, happily, not much else has changed. Edina is still, well, Edina. The state tournament still packs the house. And miracles (last season it was unheralded Moorhead that stunned top-seeded Edina in an atmosphere that was as electric as ever) still are possible.

Brothers still battle it out in basements and driveways, hockey sticks in hand, oblivious to the wreckage around them.

Vickie and Dave Benik of St. Francis have four boys. The youngest are Joey and Andy, twins who are seniors on the varsity hockey team. Vickie said there is a rink just down the road from their home. Most often, the family hockey games don’t get that far.

“You can look at the holes in garage,” she said. “There are a few in the walls in the house, too.”

Joey, the state’s top returning scorer, admits that sometimes the family games get a little too rambunctious. That sometimes those mini hockey games (Andy is the Saints’ ---- and the Beniks' ---- goaltender) were too big for the confines of the basement.

“Yeah, there are a few holes in the garage,” Joey said. “We would get Andy to dress up in the goalie equipment and me and my older brother Charlie would just fire pucks at him.”

Sometimes the Benik boys would miss the net entirely. Sometimes, they would do so on purpose.

“Sometimes, we would shoot them off the garage to see who could get the biggest hole,” Joey said.

What did dad think of that?

“I don’t think they told me about that,” Dave Benik said, adding that the net is set up inside the garage and that the errant shots actually go through the siding, the pucks eventually dropping into the dog kennel.

He did not sound pleased.

Yeah, this is going to be a lot of fun. 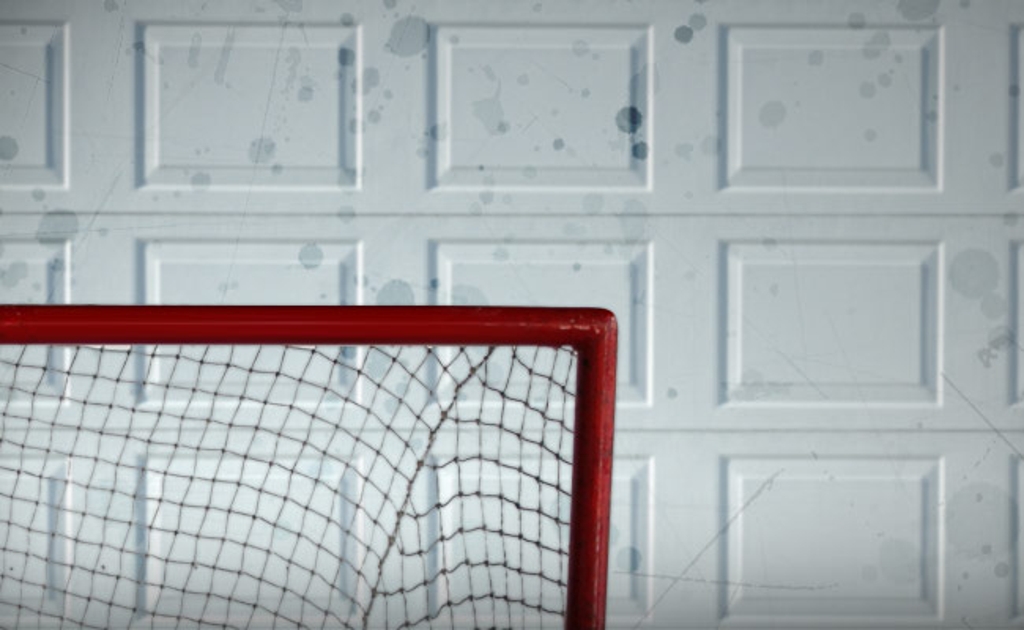