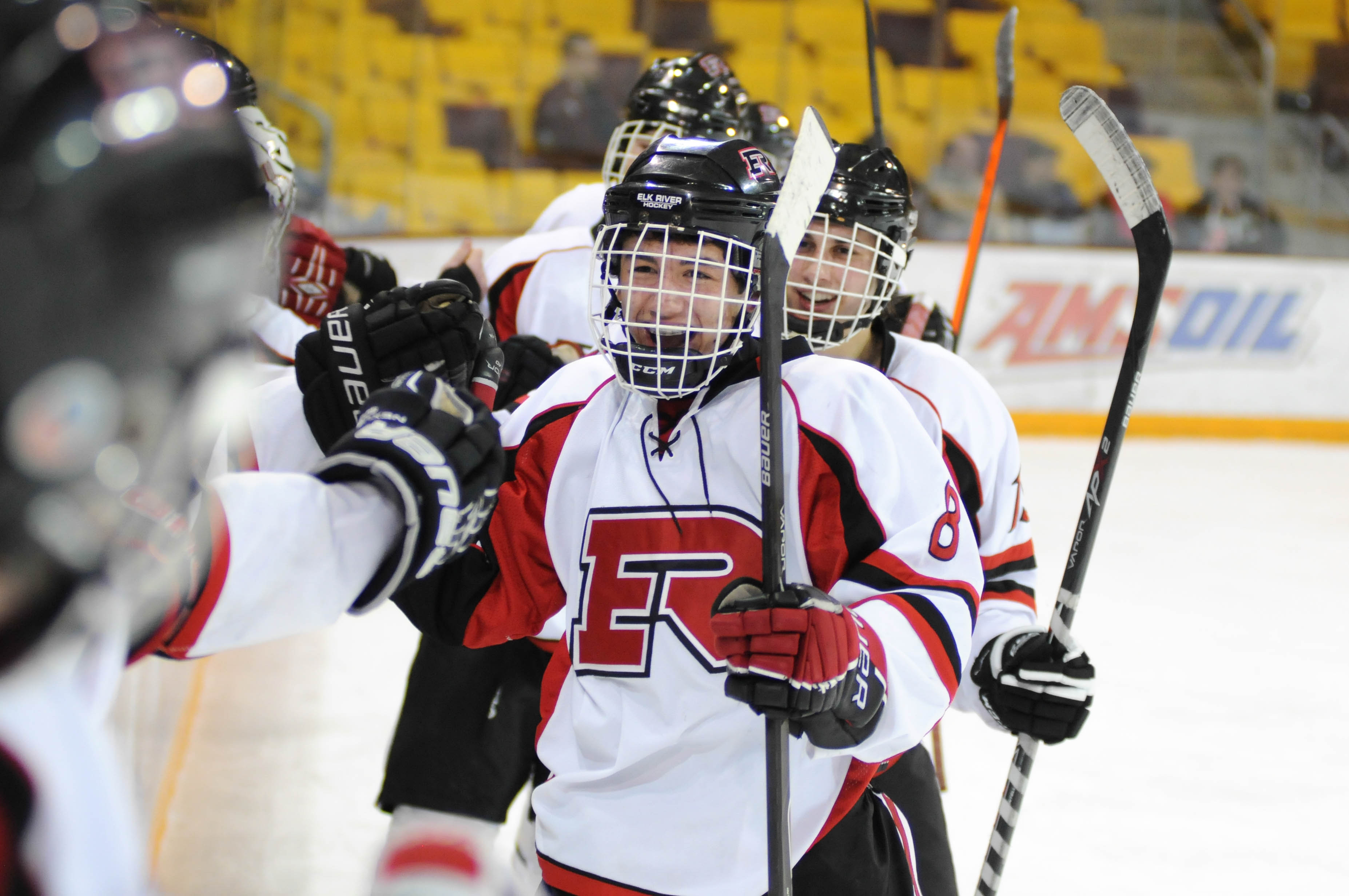 Elk River's Dylan Bouten scored twice in the Elk's 4-2 victory over Andover on Saturday in a Section 7AA semifinal at Amsoil Arena in Duluth.

Bouten, a junior, had six goals in 24 regular season games.

"He's a great skater, and his shot was just on the mark tonight," Elk River coach Gordie Roberts said. "With the emergence of Nick Perpix, we put (Bouten)  up at center and got two goals out of him."

Andover controlled the game until Bouten took over. Goals from Andy Feyo and Tyler Tomberlin had the Huskies up 2-1, then Bouten put his stamp on the game starting at the midway point of the second period. He scored 7 minutes, 11 seconds into the third, then added his second goal just more than 3 minutes later.

"We definitely had to adjust after the first period," Roberts said. "We came out playing on our heels, but in the second period we started playing on our toes and it carried over into the third."

The Elks received solid goaltending from Mac Berglove in the third period (when he made 13 of his 25 saves), and senior Chase Springman scored to give Elk River its 4-2 cushion.

"Our goaltending is solid every night, and that is where we are built from -- the goalie on out," Roberts said. "The kids came out and did a good job."

Elk River advances to play Duluth East at 7:30 p.m. on Thursday in the Section 7AA championship game at Amsoil Arena.